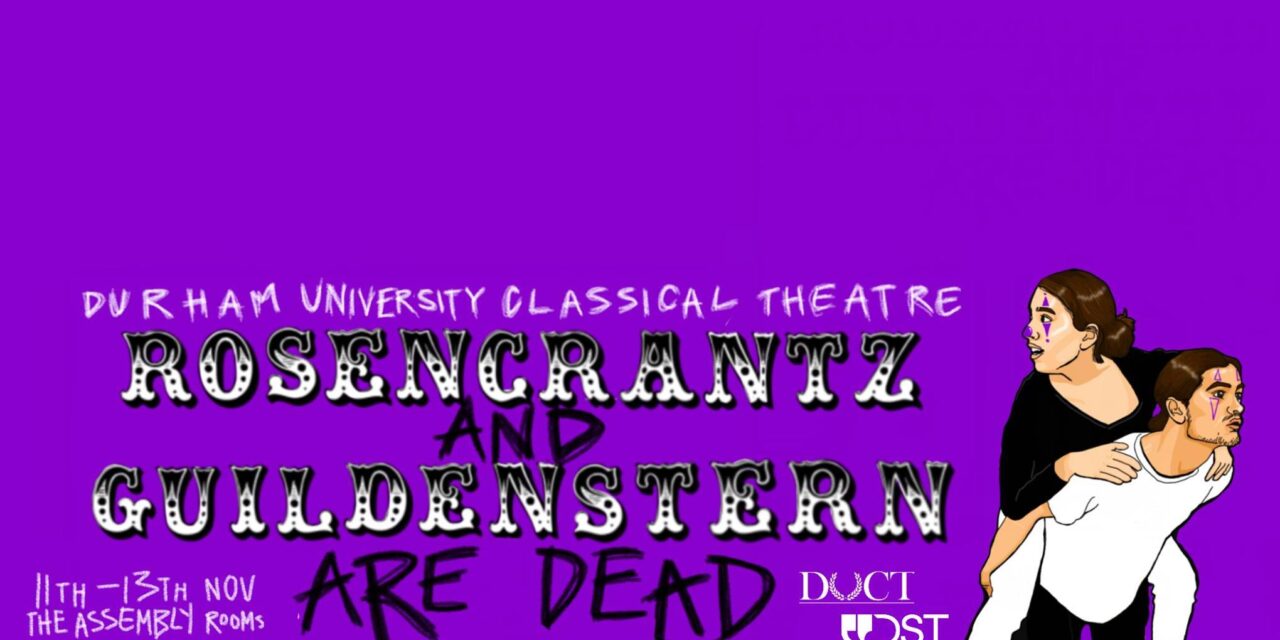 Rosencrantz and Guildenstern are dead. That’s a mouthful. Every time I’ve spoken its name, the usual response is “what who and who what are what?”; I hope to alleviate some of that confusion in this passage.

Hamlet, as written by the bane of English students nationwide – William Shakespeare – is seen as one of the greatest plays from one of the greatest playwrights – and it is certainly pushing it in terms of word count. This is not that play… but it is based on characters in Hamlet. Which characters? Well, their names are in the title: Rosencrantz and Guildenstern. Who are they? The more apt question would be “why”. These minor characters in the original play are elevated to the spotlight for an absurdist and existentialist forée into the mind of the only playwright who would consider absurdifying a Shakespeare classic: Tom Stoppard.

But what is the play about? To make an extensive story short, it’s complicated. Themes abound, from life and death to the nature of free will. Yet, despite this profundity, which may suggest complete moroseness, the play never loses its comedic charm, something we especially hope we can maintain.

When approaching this play, lengthy discussions were held among the DUCT Exec. One of the key ideas explored in the play is how the protagonists are at the mercy of the events of Hamlet and its characters, which unfold and appear behind them respectively. The idea of being stuck in someone else’s political game was something we latched onto, and this gave us our theme for the set design: classic games. Chess, dice and playgrounds all find a place on our stage, which is reason in itself to buy a ticket.

The play has been a very long (and simultaneously short), but a very enjoyable process, and everyone has worked so hard to put together, what I believe to be, a wonderful production. Make sure to get tickets while they’re still available!