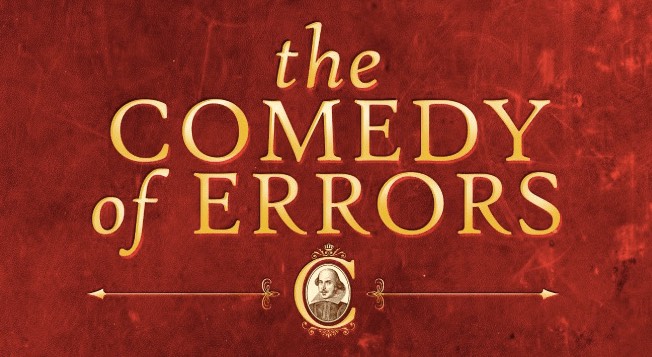 Lockdown has proved a difficult hurdle to overcome across Durham societies, with students adapting numerous key events in the Easter term calendar to run online, the alternative being cancellation. Bailey Theatre Company’s annual Summer Shakespeare production, ‘The Comedy of Errors’, is evidence that DST online shows are more than just a passable replacement for live shows, and rather, in the words of Director Peter Houston, a great “virtual reality”.

Houston takes full advantage of virtual theatre with this choice of Shakespeare’s ‘The Comedy of Errors’. It tells the story of a pair of identical twins who were separated during a storm in their youth, along with their respective slaves (who also happen to be identical twins). Now adults, Antipholus and Dromio of Syracuse travel to Ephesus in search of their twins; however, they are repeatedly mistaken for their twin brothers as they stumble across the wife of Antipholus of Ephesus. Houston’s choice to double cast actors works well, and cleverly overcomes the barrier caused by requiring twins in a production.

The play is driven by its strong ensemble, with all cast members shining in their varied roles. Michael Crilly’s empty-headed Drumio is consistently mistreated by his owner and other characters through all the confusion. Crilly delivers comedic line after line with ease; akin to Bottom from ‘A Midsummer Night’s Dream’, he perfectly fits the role. Haseeb Asad plays a confident, proud Antipholus who contrasts well with the spiritedness of Drumio. I would have liked to see some more obvious differences in costume between the pairs, as it is not always immediately noticeable when the shirts change colour or indeed which colour shirt corresponds to which twin. Other characters that stand out include sisters Adriana and Luciana, played by Alice Butler and Meg Wilks. Butler embraces the sharpness of Antipholus of Ephesus’ wife, with a strong-willed, confident performance, while Wilks’ kind depiction of Luciana brilliantly encompasses the love and compassion between the sisters.

The tactful introduction of a narrator in this production greatly helps to fill in the gaps potentially caused by the lack of onstage visuals. As narrator, Richard Dyer’s charisma and comedic timing genuinely connect with the audience, from concise summaries of the acts to his gradual confusion regarding the plot. The narrator also proves vital when it comes to the number of scene changes in the play; unfortunately, there is naturally some difficulty regarding the cast having limited props and costumes available, so setting the scene is primarily left to the viewer’s imagination. Regardless, there are some well-improvised moments which add to the audience’s experience, such as the addition of a scene depicting the separation of the twins during the storm, impressively re-enacted by Joe Pape and Molly Byford. Alongside the company, the technical team, comprising of Michael Crilly, Benjamin Etheridge and Will Guerin-Ciccone, bring this production to the next level. From the near-perfect exchanges of dialogue between actors (including the “twins”), additional musical interludes to a cast bow far more in-sync than any on a live stage, it is clear a tremendous amount of work has gone into the editing of this show.

Overall, BTC’s ‘The Comedy of Errors’ is a promising insight into the future of DST productions, at least in the probable short-term. Although I watched the production with somewhat less than stitches of laughter, being better described as an amusingly outlandish tale of family and identity than laugh-out-loud comedy, I still thoroughly enjoyed the opportunity to sit back and let the complex plot unravel. Undoubtably, Peter Houston’s thoughtful production provides some much-needed escapism to our homes and a welcome opportunity to enjoy one of Shakespeare’s lesser-known works.