Review: Rules for Being a Man 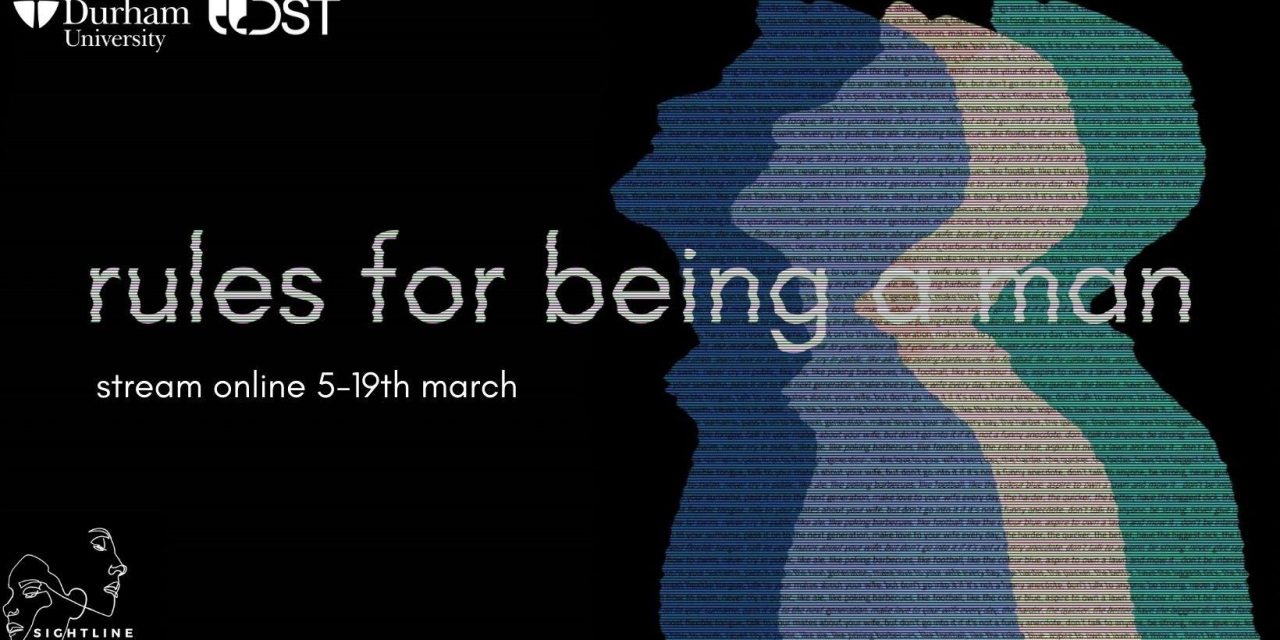 Aaron Rozanski rejoices in the exceptional performances and thematic importance of Sightline Productions’ ‘Rules for Being a Man’, a powerful confrontation of the damaging toll toxic masculinity can take on mental health.

Within our collective global struggle, ‘toxic masculinity’ would seem the least important of all societal grievances. Yet Sightline’s didactic production of ‘Rules for Being a Man’ shines a sensitive spotlight on an issue that has been neglected too long.

Alex Oates’ play is one of deceptive complexity. What may initially appear as four isolated characters casually monologuing transforms into a deeply evocative exploration of toxic male culture, repressed sexuality, and the tragedy of suicide. Whilst the tendency would be to resort to melodrama, Sightline handles these highly distressing themes with a mature sensitivity. Every moment of tragedy feels believable. Every second of sorrow justified. Every tear earnt.

Driving this emotional journey are four skilled performances – controlled and carefully constructed to a fault. Such quality is never automatic, and unparalleled praise must be given to directors Esther Levin and Lucy Little, who have utilised the best qualities of their actors to create a thoroughly evocative hour of storytelling. The performances not only work in isolation but complement each other in their combined subtlety. Undoubtedly, Cameron Ashplant is the star, crafting the emotional core of the story with his utterly compelling performance – without a doubt one of the strongest I have seen in my four years at Durham. Ashplant masterfully balances engaging storytelling with a quiet vulnerability – from his first seconds on screen, we can feel his unspoken sorrow viscerally. His sadness is never clichéd but conveyed with a considered nuance, often captured most powerfully in those contemplative moments of silence between each idea. Ashplant’s single tear concludes his closing monologue with the graceful gesture of an immensely talented individual.

My fear lay in Ashplant’s genius overshadowing his fellow actors; Levin and Little mostly ensure that a balance is struck between the four. Charlie Howe commands the screen with an initial swagger and confidence, listing his ‘rules’ for masculinity with a knowing glint in his eye. Whilst his eventual tragic conclusion materialises rather suddenly, Howe manages to allow his bravado to dissipate, revealing the shell of a broken modern man. Indeed, the unexpected nature of his ending is entirely the point Oates is making. Tom Cain plays his supporting role with control and maturity. Embodying an elderly gentleman who lacks the sensitivity and understanding of our youth, Cain delivers his thoughts with a poignant weight: a man expressing himself truthfully for the first time.

In many ways, Miriam Templeman has the most challenging job. An outsider to the toxic male themes and actual narrative construction, her purpose in this story seems initially confusing. However, Templeman’s stoic performance provides a crucial counterpoint to the monologuing men, with the concluding voiceover between her and Howe shining a light on the thematic purpose of her outside perspective. Templeman effectively captures the challenging nature of her character’s profession: an individual who is forced to remain optimistic and amicable despite the heart-breaking contents of her day to day life.

Initially intended for the stage, the production appears to suit its new cinematic home comfortably. Levin and Little make wonderful use of music, with the most powerful moments delicately accompanied by a lone acoustic guitar. Video editor Luke Taylor delivers us a production of professional quality – the patronising label of ‘student theatre’ long forgotten by the first ten minutes.

The challenge of any story of this complexion – theatrical or cinematic – is keeping an audience engaged, especially when Oates’ script, whilst beautifully crafted, is narratively very static. Commendably, there is a strong attempt to encourage constant engagement from the audience. The sudden zoom used to emphasis specific moments of Howe, while not perfectly executed, is a singular example of an admirable creative sentiment. However, one cannot help but feel there are missed cinematic opportunities, even with the restraints of lockdown. Templeman’s engagement with people off camera appears awkward due to her set up, and occasionally powerful moments are undercut by jumping to the next monologue too quickly. Indeed, those contemplative silences at the end of a speech allow an audience a much-needed breath. Whilst the entirely static nature of the cameras – with the hour consisting of only four interspliced shots – allows for the actors to shine, there is the occasional danger of losing our attention due to little variation. A slightly more imaginative design would have helped punctuate an otherwise masterful hour of storytelling.

It is rare that a show is this altruistic. The sentiment behind Levin and Little’s creation is utterly commendable, and I genuinely thank them for offering us a film of such thematic importance. And, for what it’s worth, the production is a passionate construction forged with maturity, sensitivity, and empathy. Truthfully, at points, it is utterly beautiful. I recommend that everyone takes an hour to appreciate this vital work. After all, using theatre as a platform for good is surely what art is all about.