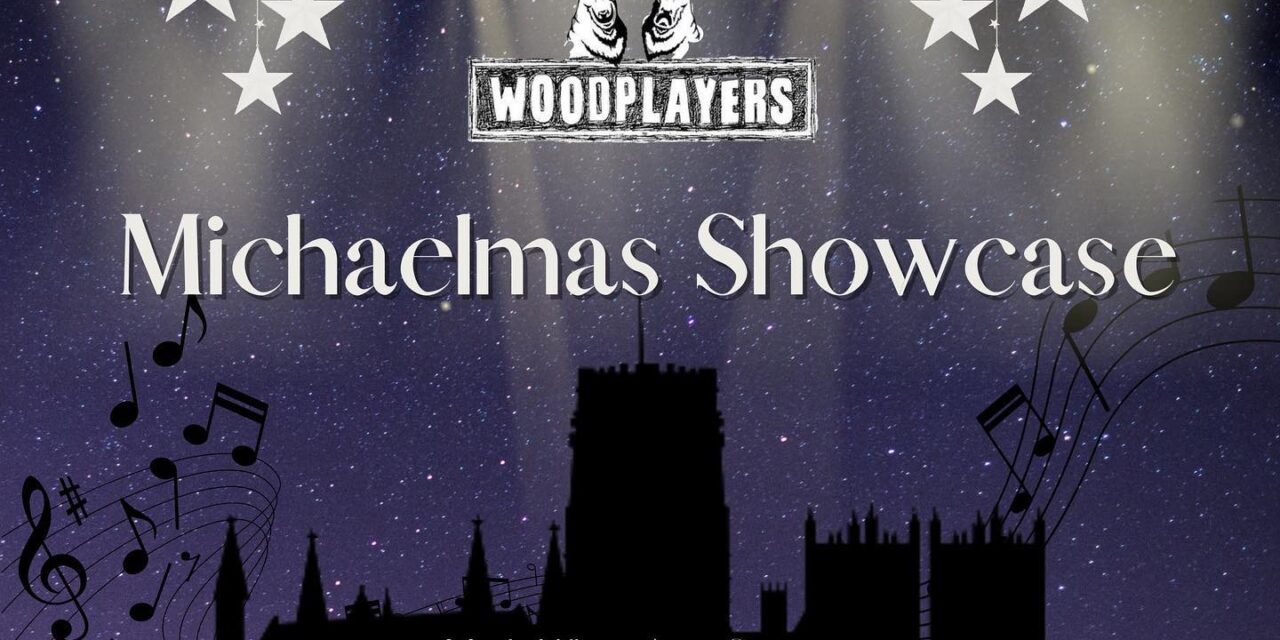 “The ensemble was clearly having the time of their life, and this infectious energy radiated to the audience”

A staple production for the company, the annual Woodplayers showcase, did not disappoint, showcasing DST faces old and new with a fabulous variety of pieces that kept the audience on their toes. The well-considered set list, filled with solo songs, acting extracts and eye-catching dance numbers was a delightful programme, with the injections of script work really breaking up the structure, meaning there truly was something for everyone. I commend the exec and creative team for producing such a high standard production, whilst maintaining their traditionally unauditioned cast, a true testament to them as creatives.

The detailed lighting design by Lizzie Ryder brought the production to life, with the lighting that accompanied each number transforming the space and transporting the audience to the respective show the song was from- an important but often overlooked challenge of putting on a showcase. Small costuming details such as the colourful headbands in the ‘SIX‘ numbers and the ties in ‘You Don’t Even Know It‘, also worked to the same effect, helping to move away from the sometimes-disjointed nature of a showcase and, instead, creating a series of vignettes from different shows, all capturing the life and spirit of each show in the moment. However, some slow transitions broke the magic of this at points.

Mia Shambrook’s choreography acted as yet another example of this showcase going above and beyond what a normal showcase would. The choreography was simple but effective, allowing consistent execution across the cast, and was stylised to suit each individual piece, with highlights including the two ‘SIX‘ numbers and the clever choreography incorporated into Roxy. Naturally, Shambrook was a standout in the group numbers, boasting impressive stage presence and confidence. However, ensemble commitment to the choreography was inconsistent at points, especially noticeable in the larger numbers. In general, the use of the space was excellent, however, some of the blocking, especially in some of the acting extracts, was set too far to the side of the stage, neglecting the other side of the audience, though I understand the intention of trying to make full use of the space.

Though some of the acting pieces struggled from a lack of context, a commonly-faced challenge of a showcase, they all provided range within the programme. Additionally, as the acting elements were performed without mics, projection in comparison to the singing proved a challenge at points. Hannah Thomas was a highlight in both of her scenes, with the pacing, projection and intention of a true professional. The clear standout, however, was Tabby Thompson, whose impeccable comedic timing had the audience in stitches throughout. Her interpretation of her monologue from the adaptation of ‘The Birds’ was particularly impressive, as was her performance in the ‘Bridesmaids’ duologue- an unexpected but excellently chosen crowd-pleaser, proving that showcase material shouldn’t be limited to just plays and musicals.

The Musical Theatre numbers went from strength to strength, cast to perfection and expertly placed throughout the programme. The closing number ‘You Don’t Even Know’ It was a highlight of the show, led by Will Drake and his fabulously riffy take on ‘Jamie New‘. The ensemble was clearly having the time of their life, and this infectious energy radiated to the audience. Damola Amusa was another standout with his powerful performance of ‘Come To Your Senses‘ leaving the audience speechless, you could have heard a pin drop in the auditorium. His voice, with its buttery tone and impressive upper range, is one of the most unique and special I have ever heard, with his acting through song abilities rivalled only by the spectacular Issey Dodd, whose performance of ‘Cabaret‘ was astounding. A bold song choice for a showcase, due to the cruciality of the context of the song, but Issey rose to the challenge, performing one of the most nuanced and powerful performances of the song I have ever seen, with unmatched vocal power and maturity that wouldn’t be out of place on a West End stage.

The Michaelmas Showcase was a pure joy, and it was a pleasure to watch such a passionate group of performers clearly doing what they love most, whilst also radiating the Collingwood-only solidarity that Woodplayers take so much pride in championing. I have nothing but respect for everyone involved in something so joyous.