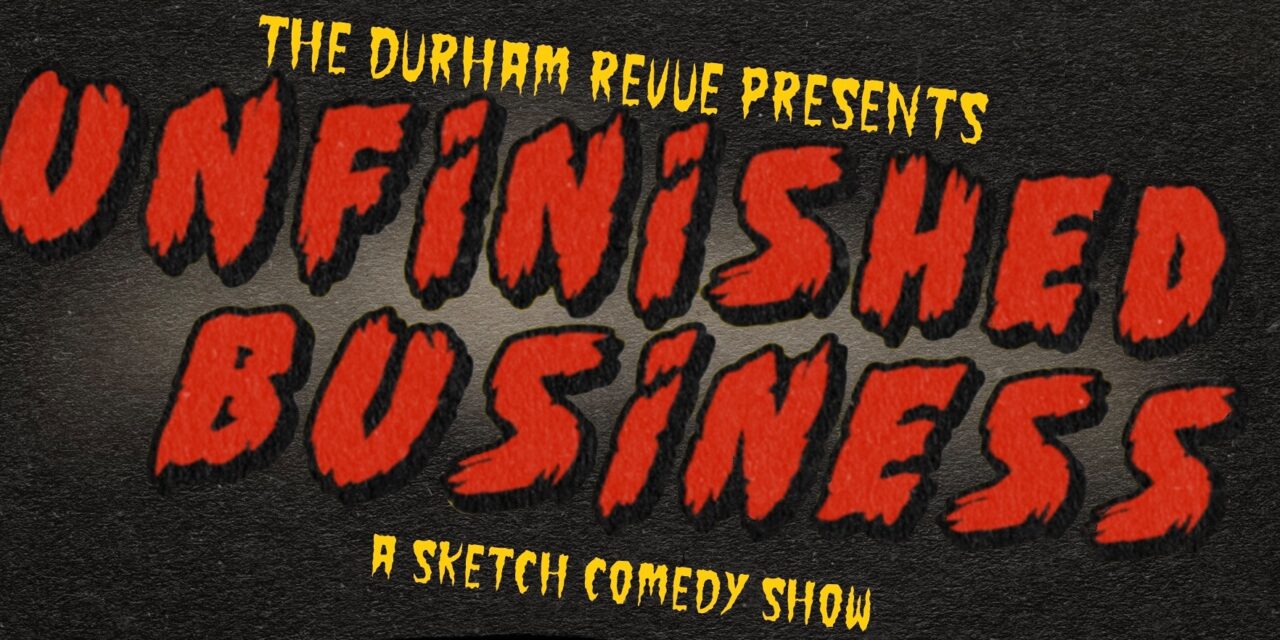 The Durham Revue returned to Durham itself from their Covid based hiatus this Sunday, performing their show “Unfinished Business”. The show began with the cast entering as ghosts, each of whom have their own unfulfilled ambitions which they pursue intermittently throughout the production. This performance, in short, did not just live up to previous shows, but exceeded them with few weaknesses in all.

The consistent call backs to the ghost characters, especially the repeated phone calls from Charlie Billingham’s character, tied the entire show together neatly and effectively in a very subtle manner, slowly leading the audience to the conclusion of the performance. Moreover, the Assembly Rooms Theatre was the ideal venue for the show, with a perfect ambiance created by the narrow space, adding to the immersive feel developed by the entrances and exits of characters. The space also allowed for amazing sound effects and lighting which could change suddenly in order to heighten the comedy, such as in the absolutely brilliant “Frank Sinatra” sketch or Lydia Cook’s performance as a real estate agent trying to sell a haunted house. This, coupled with the amazingly crafted soundtrack, lead to a well designed and fluid production.

Ben Lycett and the rest of the Revue’s writing style continues to display moments of comic genius in greater and greater volumes. The stand out sketches were the short and incredibly punchy scenes. However, this is not to say the longer sketches lacked anything in particular, rather that their punch line was sometimes lost as the sketch was extended and other elements stole its thunder. These sketches were still incredibly funny and gave the actors a chance to fully morph into a character, adding to the hilarity as they bounced off one another. In addition, Charlie Billingham’s minor break of character within the “roleplay” sketch allowed him to perform a miraculous recovery, which only gave the audience a greater sense of enjoyment as the performance felt more real as a result. The chemistry between these performers has clearly been growing over the last year even with Covid. Despite this, however, the stand out performance came from Charlie Nicholson, his physical comedy hitting every mark perfectly and heightening his scenes dramatically.

In conclusion, you’ve all got “unfinished business” if you haven’t seen this performance… The production was so incredibly brilliant it may have even crushed some amateur dreams of comedy out there. But unlike us mere mortals, the Durham Revue has superbly demonstrated its comic genius once again, keeping the audience laughing hysterically the entire time they were performing. The show is a must watch and provides the perfect brand of British escapism as you watch the characters progress on their individual journeys into hilarity.