This weekend Durham University Classical Theatre bring Chekhov’s Uncle Vanya to the Durham Masonic Hall. The play follows the visit of an elderly, gout-ridden professor and his beautiful wife Yelena to their rural estate. Exploring the dangers of idleness, and the listless monotony of a provincial existence, the play is a meditation on the meaning of our lives. This depth is excellently handled by the cast and the director.

The performance space of the Durham Masonic Hall instilled the play with a sense of grandeur as the high ceilings loomed over both the cast and the audience. However, the traverse staging used was intimate, placing us almost among the actors; the setting was simultaneously imposing and intensely personal. This was only enhanced by the heat of the lighting used, beaming down on the stage from either side, which left the actors brutally exposed. The use of period costume and props, faithful to Chekhov’s original vision, kept the focus on the playwright’s words and actions rather than attempting to re-imagine his work or update it in any way. However, the issues that Chekhov explores, of suppressed desire and the fear of wasting one’s life, are timeless and therefore the characters were sympathetic and relatable regardless of the period setting.

An issue often encountered in Chekhov plays is a sense of endless listlessness. While the texts can often feel slow and dreary, the cast of this production handled pace excellently, keeping the piece dynamic with a sense of urgency even in their lengthy monologues. This fast-pace was hugely engaging and was doubtless achieved through the cast’s relentless energy. Each actor entirely surrendered to their character; Tom Murray’s physicality and voice perfectly encapsulated Uncle Vanya, presenting 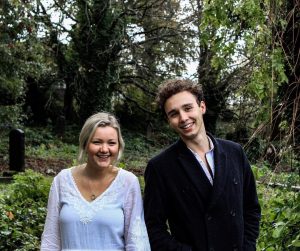 him as a pathetic old man with a disturbing obsession with the young Yelena. The contrast of his tenderness when describing their imagined life together, holding an imaginary woman in his arms, with his almost aggressive pursuit of the woman herself is uncomfortable, but we sympathise with his emotional pain because of his evident brokenness and devastation. This is accommodated by Amy Porter’s performance as the gentle and loveable Sonya. Sonya’s empathy for her uncle, clear through the physical comfort they find in one another as well as through Porter’s sympathetic facial expression and voice, in turn make us feel more for Vanya. Without Sonya’s sympathy, we may see Vanya as nothing more than a pathetic and disturbed man, but our admiration and respect for Sonya in turn make us sympathise with him. Their onstage interaction is incredibly moving, particularly in Sonya’s final speech. Porter’s delivery was touching and poignant, her character infused with a divine rapture that was stunning to watch.

Overall, the cast were excellent and worked well together to complement each other’s characters. Henrietta Allen’s performance as Yelena perfectly captured her inner conflict. When revealing to Sonya that she is in fact ‘very, very unhappy’, her voice cracked in sorrow, deeply stirring the audience. While she was at first merely a doll-like temptress, Allen succeeds in adding a depth and warmth to the character that will break your heart. The onstage tension between her and Aaron Rozanski as Astrov was also brilliantly achieved. Their physical closeness onstage, particularly in the sketch scene, was masterful, effectively revealing their suppressed desire. Rozanski made a brilliant contrast to Tom Bracewell as the professor; while Rozanski seemed spritely in his partially intoxicated command of the stage, Bracewell’s character often remained stationary. It is clear that the lively Astrov would make a far better match for Yelena than the static and stifling professor. What was most admirable about the play was the individual strength of each cast member; it meant that the ensemble as a whole was a flawless team without a single weak link. Even the supporting actors, such as Sean Alcock as ‘Waffles’ and Gabrielle Raw-Rees as the nurse, successfully created well-rounded and sympathetic characters despite limited stage time.

I was thoroughly impressed by this production as a whole, and especially by the actors involved. Their ability to deliver engaging monologues successfully maintained the pace of a difficult and potentially tiresome play, and the maintained urgency of the dialogue absorbed the audience into the characters’ world. Director Harry Scholes should be commended on a brilliant production, and the cast must be immensely proud of their ability to inhabit some of the most iconic roles in theatre with such vivacity.

Uncle Vanya will be playing at the Durham Masonic Hall on Sunday 18th November at 7:30pm.