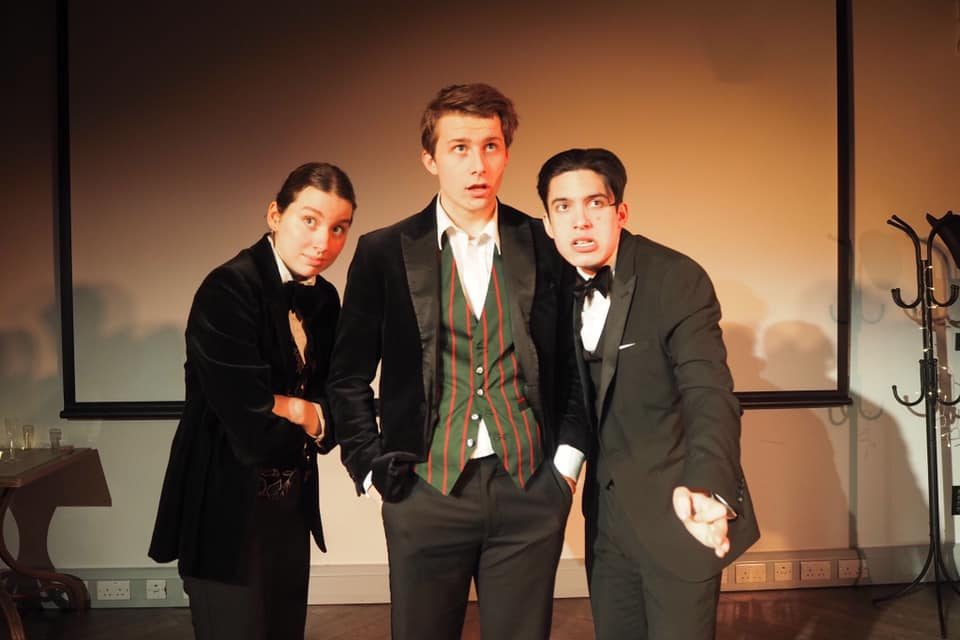 Yasmine Zong enjoys a comedic rendition of Twelfth Night from Sixth Side Theatre.

Twelfth Night, one of the most famous and beloved comedies by Shakespeare, needs little introduction. The play itself is a feast of puns and ridiculous situations, mistaken identities, questions of gender, love and realities or illusions. And in Sixth Side Theatre’s new production of this classic, a strong cast and production crew together presented its absurdity, humour and sheer entertainment in all their glory.

The small setting of Trevelyan College’s Dowrick Suite is not the first venue that comes to mind when one decided to go to a new Shakespeare production, but the choice of venue turns out to be the fitting one, as the room’s sitting plan means that instead of the distance created by a stage at the front, the audience, surrounding the central area of the room from three sides, enjoyed a closer and more intimate dynamic with the cast. With such a small venue and little room for props or scenery, the production crew still created a rich and warm atmosphere through colourful lightings. The setting was further completed by the musical directors’ choice of materials, their light-hearted lounge jazz tunes were ideal for the comedy, not to mention their interaction with the cast brought in additional entertainment. For a play which opens with the line ‘If music is the food of love, play on’, the musical element of the show did not disappoint.

One could already hear chuckles and giggles from the audience, as Harrison Newsham’s Orsino kick-started the show pining comically for love and fussing over the music in the background. A cultured gentleman, hopelessly romantic and sentimental, Newsham’s portrayal of Orsino was funny without going too far. Viola, played by Alana Mann, similarly drew laughter out of the audience as we saw her tangling with awkward situations, balancing desperately between her cover-up and her fervent love for Orsino. Every scene between Orsino and Viola/Cesario was comical to watch as Orsino moaned for his own love while his ‘serving boy’ stared at him adoringly. And Eloise Richmond’s portrayal of Olivia, the last person to complete this complicated love triangle, convincingly brought the proud, passionate and charming mistress into life, and it’s difficult not to be moved by her declarations of love or to be attracted to this aloof lady like Orsino.

In all, the leading cast had all fulfilled their tasks and presented enjoyable performances. But when the play ended, the loudest cheers had gone to the supporting comic reliefs – Olivia’s noisy and riotous household, consisted of her debauched uncle Toby, his drinking pal Andrew, Feste the fool, and the pompous butler Malvolio. The trio of Toby, Andrew and Feste could excite the whole room as they threw their puns around like arrows, and their singing and dancing were not just delightful for themselves but for the audiences too. As Toby, Adela Hernandez Derbyshire exceeded expectations with her impersonations of drunken reverie. Daniel Vilela’s Feste contributed the most wit of any character in this play, and the way he delivered his lines was totally hilarious but at the same time captivating. He acted as the commentator of the play, even to some extent a protagonist in his own right. Probably here lies the only defect one can complain of about this production – sometimes the comic tropes were so prominent that they seemed to have taken up more space than the main storyline and the lead characters in the script, and the confrontations of Viola/Cesario seemed to be much less memorable than the confrontations between Malvolio and Toby with Andrew and the Fool.

But in all, one will not regret to watch this production of Twelfth Night. It’s refreshing to be reminded that Shakespeare was much more than the difficult text you studied in class and the weighty literature analysis – a night of Shakespeare can be a night of pure enjoyment, and well, fun.

Twelfth Night will be playing at the Dowrick Suite, Trevelyan College, on 29th February and 1st March.