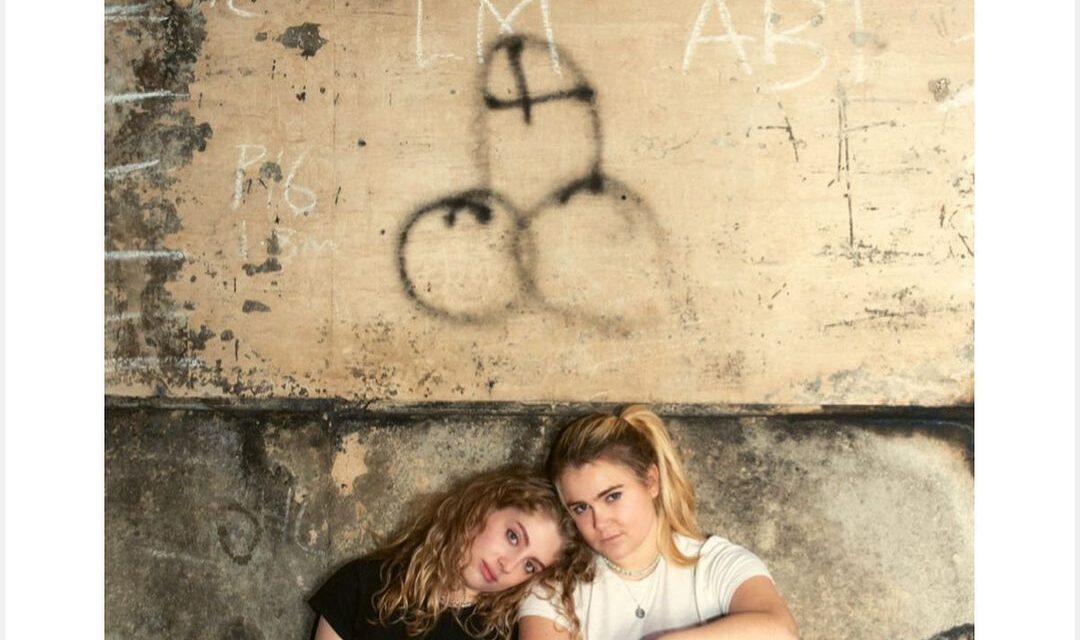 “this is a fascinating production not to be missed”

Suffragette Theatre Company’s production of ‘Touch’ bares all in the Assembly Rooms this week, creating a truly slick and energetic exploration of sexuality, feminism and dating in your 30s. With a cast that will have you belly laughing when you least expect it, then grimacing with tension the next – this is a fascinating production not to be missed.

As we enter the theatre we are broached by a beautiful mess of set – decorated by half eaten bagels, wine bottles, books, clothes, blankets – basically everything but the kitchen sink. The set elevates the piece to another level, making for an interactive and exciting watch. Although at times, some sound queues and projection made it hard to hear lines over music, the technical aspects to this show are beautifully understated, keeping the vitality and spring in each scenes step. Draped in fairy lights, the stage gleams between blackouts in a way that allows the audience to anticipate what is about to unfold, creating raucous when a well-cemented character returns to stage, or the actors go back to a familiar tableau, hinting at what’s about to happen next. We peer at the actors often in the middle of their conversations, from their sensual to the downright uncomfortable dating experiences. It’s hard not to feel intrusive to their most vulnerable and honest connections with one another.

Alex Bittar shines in his role as Eddie, Dee’s controlling boyfriend. Not one moment of his time is wasted on stage, reacting with flawless comedic timing and all the shocking arrogance that the part demands. Zack Morris-Jones, similarly, plays an especially dynamic part. Morris-Jones warms slowly to his character as his scenes progress with the cheek and youthful ignorance of Paddy – an addition to the array of characters late in the show, achieving all the same reaction from the audience that those in the first half did.

Louis Renouf and Jess Painter also perform excellently. Both actors convey so much through facial expression and carry power in one liners that leave the room gasping for breath. Painter adds a thrilling sense of agency to Vera, as the character trails into worlds of her own and refuses to hold back.

Dee is played by the phenomenal Maddie Clark, who gives her all to this performance from start to finish. With a truthful and undefended rawness, Clark embodies Dee from head to toe, switching between her character’s rollercoaster of imperfect emotions like it’s nothing. Her role as ‘Touch’s’ leading lady strikes the balance between reaching out from the pit of her messy apartment to then illiciting genuine hilarity from a room of student theatre-goers – she is to be highly commended.

‘Touch’s’ direction by Eliana Franks, and assistants Honor Calvert and Barney Watts, is overall stunning and considerate. However, despite triumphs in exploring feminist viewpoints, there are a couple aspects of the play which may fall short; more specifically the representation of Bisexuality and exploration of class which appear in the text. These could arguably have been teased out more precisely. For example, there are lines and themes which challenge biphobic or classist stereotypes which are given up for laughs rather than a receiving deeper consideration of very important topics, which the actors and production are more than capable of handling to pack even bigger social-political punches. Admittedly, these issues may lie more so in the script than in the cast and crew’s treatment of these themes.

In conclusion, ‘Touch’ hits a sweet spot of examining trust and tension, the comical and the uneasy. This visually stunning and zestful piece of theatre is bursting full of fearless and talented acting and direction, despite the faults that the text might lend itself to in glossing over intersectionality.

If you want to leave this term with a bang full of innuendos, introspection, and innovation – this is the show to see.