Review: The Trail To Oregon 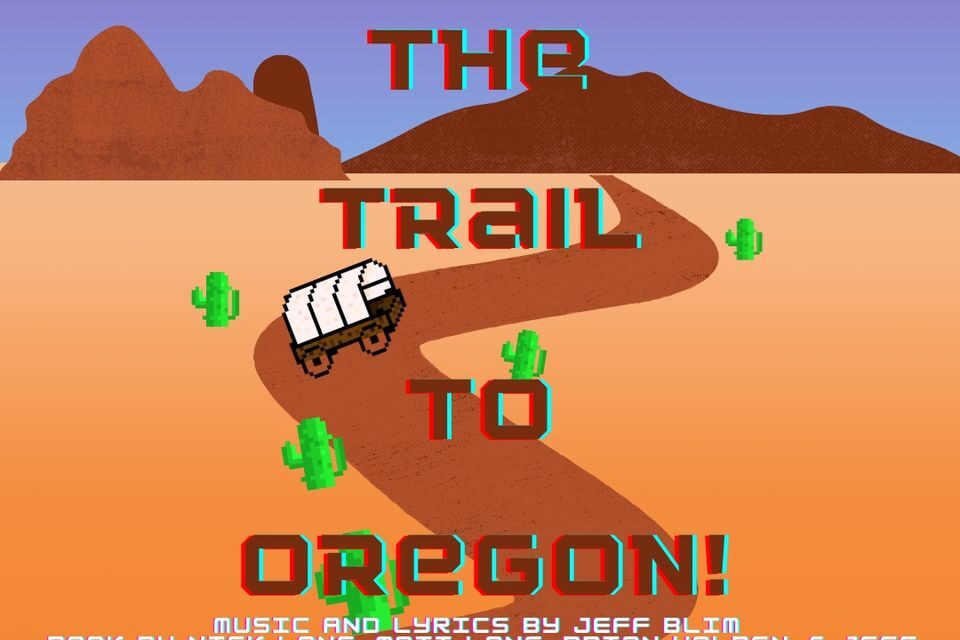 “the highlight of a summative-ridden week!”

Ooook’s ‘The Trail To Oregon’ was the highlight of a summative-ridden week – for anyone looking to cry with laughter like I did, this is the show for you.  This musical is an interactive show about a family risking the long road West to Oregon from Missouri, where the audience decides not only the names of the core family, but their fate too. On the opening evening, our thoughts and prayers go out to Theo Dowglass, who this evening was unfortunately chosen to die a gruesome death but delivered it so superbly and hilariously that we were still laughing as we left Collingwood.

The cast need to be commended on this performance of ‘Oregon’. Archie Collins especially stood out as ‘father’ – a strong voice coupled with a hilarious portrayal of the stupid yet lovable father really shone through tonight. That said, the whole cast were incredible. Alongside Ella Al-Khalil Coyle playing ‘mother’, who delivered the genuinely powerhouse of a song ‘When The World’s At Stake’, the two really made the show. The comedic trio of Ben Lycett’s McDoon, Matthew McConkey and Joe Rossiter’s definitely brought a twist to the performance. A fresh take on the characters, McConkey and Rossiter sharing the role of Cletus Jones was a bold but ultimate successful decision – the two bounce of each other well, and were lightning quick in moments of improv that sent the audience into fits of laughter.

Of course, no Ooook production is complete without that ounce of insanity. The very nature of the audience-participatory show made the show rife with moments where the cast could very easily corpse. How the cast kept a straight face with the audience-chosen highly inappropriate and admittedly childish names for the characters, I have no clue, but I have a huge respect for them. I myself would have lost it immediately and been unable to continue the show with the suggestions put out tonight.

The creative team have done a fantastic job on the show. ‘Dysentery World’ was unbelievable – the naturalistic lighting of the show suddenly turned to a whirlwind of colours as Father’s near-death hallucinogenic experience unfolds, and it is almost unbelievable that a small student tech team are able to create such high-end affects for this show. Their cues were on point – every lighting change for an ominous reference to the Bandit king never failed to have us in stitches – and the lighting affect coupled with the live music from the wings had us dancing in our seats like we were at a rave. The live band, although not seen from our seat, really upped the energy too. The team really didn’t miss a beat; they were on time, in tune, and played with soul that carried into the performance.

The projections were a lovely feature between the scenes – a clever little homage to the ‘edumacational’ computer game that the musical is based on. The homage was cleverly implied in the set design too: the minimalist set really brought attention to the cacti and boulders background, painted in the pixelated vintage video game style to provide that video-game vibe and remind the audience that “it’s all just a game”.

Directed by Olly Stanton, ‘Trail To Oregon’ is undoubtedly one of the funniest musicals I have ever seen, both living up to the genius of Starkid and also bringing its own unique twist to the show. I would wholeheartedly recommend going to see it, as a welcome break from the exam season and a fantastic feel-good show!