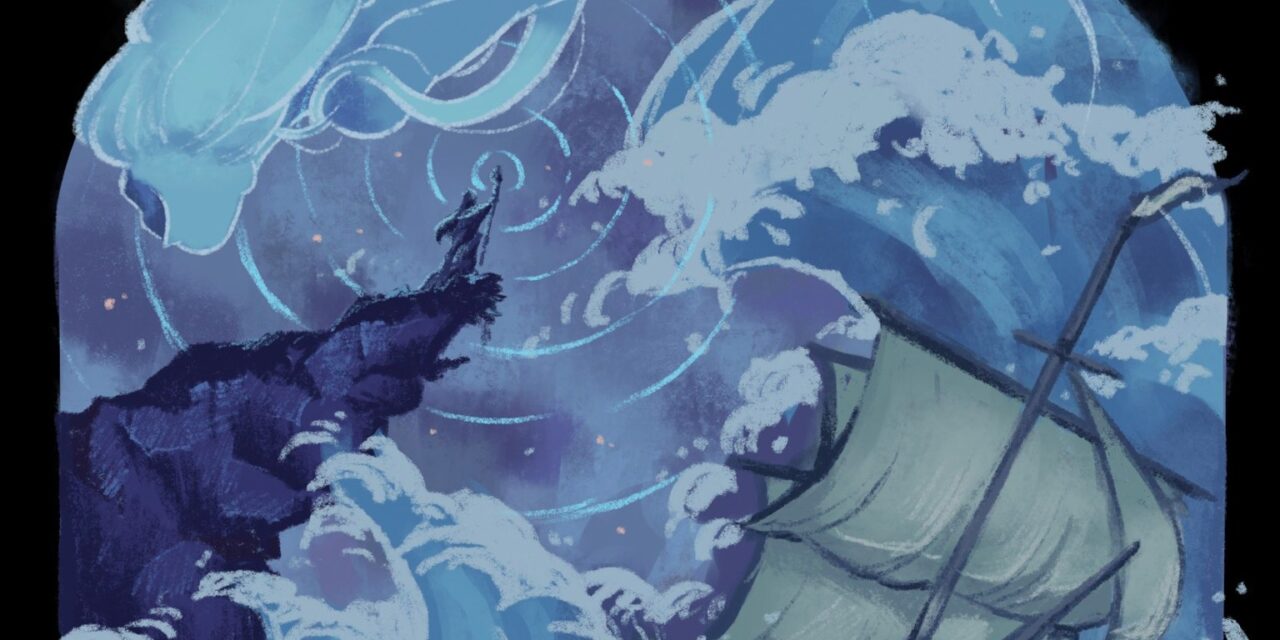 “a production full of magic and wonder, love and comedy, in what is a demonstration of some of Durham’s finest talents”

Wrong Tree’s ‘The Tempest’, creatively and intently directed by Amy Shelmerdine, with the assistance of Lali Rhyderrych, is a production full of magic and wonder, love and comedy, in what is a demonstration of some of Durham’s finest talents. The play fascinates audiences in its combination of fantastical physical sequences, with moments of truly raw, sensitive and naturalistic acting.

Performed in Hild Bede chapel, the production adopted a traverse stage, with actors utilising the whole space in their performances, directed brilliantly and meticulously by the creative team. This also allowed for actors to engage in audience interaction, resulting both in moments of terror in the early scenes, and humour later on. The cast ensured clear sightlines throughout: the audience could see every facial expression and reaction, meaning their staging created intimacy and emotional connection between actor and audience.

Shelmerdine intended to use a gender swapped cast to ‘highlight the stories and agency of powerful women, whilst still delivering a performance full of magic and joy’. Hanna Wright’s portrayal of Ariel did exactly this, combining her excellent vocal abilities with faultless physical movements, in what for me, was the standout performance of the production. Another flawless portrayal came from Zara Stokes Neustadt, whose Prospero was assertive and wise, yet equally comic and human. The two together portrayed Prospero’s power through beautiful, fluid physical images.

Special commendation must also be played to Lilly Kennedy, whose portrayal of Caliban was physically disturbing, full of sudden lurches and epitomised by the hunchback position she maintained incredibly well. Kennedy however, also portrayed Caliban as sensitive, capable of emotion despite his incongruity amongst the humans of the island, in what I felt was a fascinating insight to his character, often disregarded by many productions of ‘The Tempest’.

A very different, yet equally brilliant, performance came from Hannah Lydon’s and Scarlet Nellist’s portrayals of Trinculo and Stephano, with the two working in perfect harmony to create genuinely hilarious impressions of their characters’ extreme drunkenness. Choreographed physical gags worked alongside continuously extravagant and flamboyant facial expressions and gestures, allowing them to explore humour and silliness to the extreme, resulting in scenes that embodied raucous fun. A similarly hilarious double act came from Georgia Malkin and Mel Loizidou, with Loizidou’s use of accent and inflated expression curating an unexpectedly, but perfectly executed, hilarious portrayal of Antonio.

Following Wrong Tree’s signature style, the play’s narrative incorporates moments of physical sequence, with the lucid, unified movements between Miranda and Ferdinand, played by Sean Farrell and Fiona Steer, serving as the most compelling uses of physical theatre. The two actors’ use of fluid, effortless movement perfectly encapsulated the characters’ first experiences of true love, completely convincing me of their immediate, all-encompassing love for one another. There were moments however, where I felt physical sequences were slightly incongruous, appearing almost as an afterthought, not integral to the piece itself. These moments however, are merely specks in the water compared to some of the other visual images, notably when the shipmen rose Stokes Nesutadt above their heads, representing Antonio’s treachery.

Such physical moments were massively aided by the beautiful tech choices; under the lead of production manager Molly Knox, Maria Palasheva’s and Jai Bhardway’s lighting design complemented Amren Stephenson’s sound design fantastically. Although there were slight hiccups with the execution of lighting, with the traverse staging meaning shadows were cast on actors’ faces at points, the ideas were spirited and ambitious. I did also feel that the choice to use a recognisable, albeit slightly modified, excerpt of Taylor Swift was rogue, but the overall use of sound was incredibly effective in curating atmosphere, especially in the opening scene of the play between Prospero and Ariel.

The entirety of the cast, creative team, and production team deserve huge congratulations for what is an overall spellbinding, vivacious production. Ambitious in its ideas, and near seamless in its execution, ‘The Tempest’ is a production that delights, taking Shakespeare’s play to new, creative heights, in a way that Wrong Tree always seem to achieve.