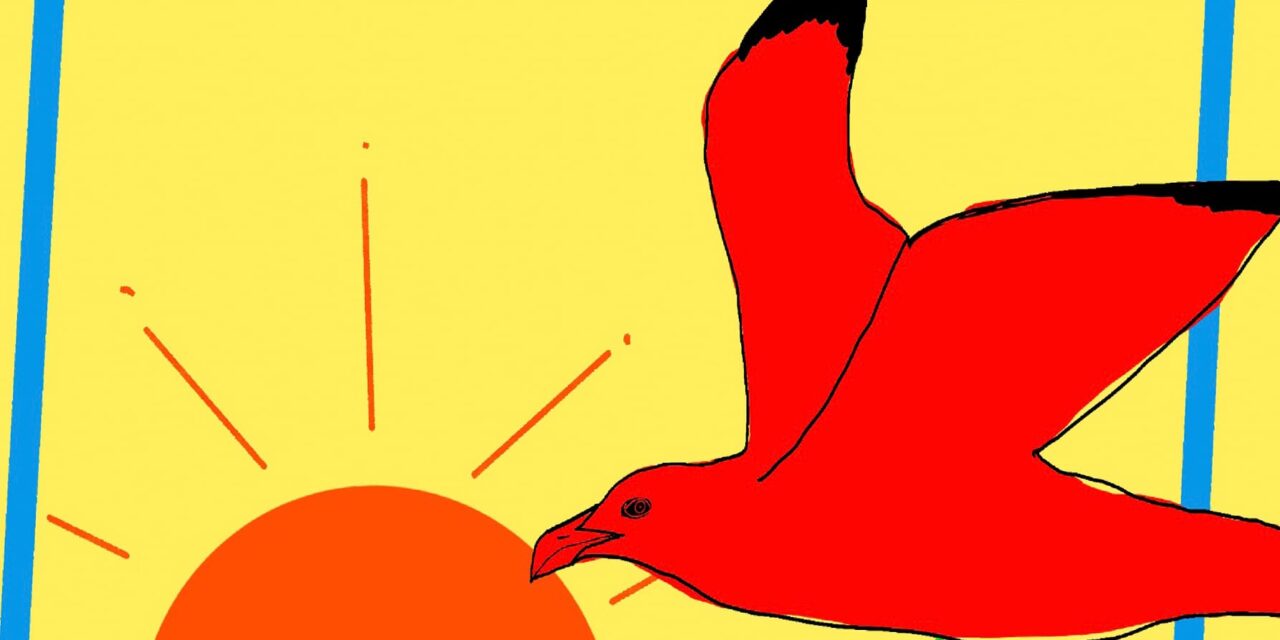 While a stage assembled in the far corner of Stephenson College’s Platform 2, with minimal stage furniture and no backdrops or stage lighting, might not seem the ideal place to perform a play as canonical as The Seagull, it was the perfect environment for this masterfully handled and emotionally fraught performance. I had expected to praise the team on their managing of such a limited performance space, but instead I found myself admiring its parallels with the disused stage of Konstantina’s (Jess Painter) failed play that haunts the characters throughout the final acts. The general lighting of the room left the audience as visible as the actors, and during the opening scene where the characters turn to face us as they watch Nina (Emma Henderson) perform Konstantina’s apparently unwatchable play, it prompted an unnerving and thought-provoking sensation of who was really under such scrutiny.

The use of this limited space was meticulously organised – every character moved fluently across it, with each choice feeling natural to them. This was most apparent in the scenes between Trigorin (James Barber) and Nina, but was obvious throughout. I have to highly commend directors Emily Lipscombe and James Murray – who was also onstage as Sorin – for the care with which this was choreographed. Not a step or gesture felt wasted, and it brought real humanity to these complicated characters. To achieve so much with a production team of two is truly staggering.

The choice to make Konstantina a woman in this performance gave further dimension to the messy swapping of affections. A bisexual Nina pulled between a successful male writer and struggling female writer was incredibly interesting, and Masha (Bethan Sharps) was also given greater depth through this sapphic love stamped down through a loveless marriage to a man (Medvienko, played by Billy Blanchard).

Every character in this play was masterfully performed, and the chemistry between the major characters was powerful and tense throughout. Sharps plays an appropriately spiky and resentful Masha who brims with emotion as her love for Konstantina goes unmatched, and I found myself wishing she was onstage longer. The nervousness of Henderson’s Nina moves from naïve delight to frantic desperation as the years pass in the play. Her excellent performance was contrasted spectacularly by Bella Chapman’s Arkadina, who effortlessly shows the oozing sophistication and bitter glamour of a starlet falling from favour, and then creates a perfectly pitiable figure in the latter half of the performance. The scene in which she insists repeatedly that Trigorin is hers despite his clear infatuation with Nina was heartbreaking and stunning, and was ultimately one of my favourites.

The girlish sparkle of Nina and womanly sensuality of Arkadina both play electrically off the well-mediated portrayal of Trigorin by Barber. At the beginning of the play his character seemed charming and full of ease, relaxed by the presence of Arkadina, but when alone with Nina we see him become fervently energetic and the creatively frustrated author appears in full force. His use of proximity and distance when it came to his long monologues in Nina’s presence was absolutely masterful. This contrast with the feverish intensity of Konstantina was fascinating – both actors showed the writers coming alive when talking about their art, and Painter made Konstantina’s failures feel universally painful through her reserved movement and flurries of tortured longing.

Chapman and Painter played a powerful mother and daughter duo. The ease of Arkadina and sharpness of Konstantina made them seem entirely at odds with one another, but in the lingering scene in which mother rebandages her daughter’s wound, you could see the painful tenderness that both felt. Both actors played the simultaneous understanding and distance between the characters with a nuance and awareness that made them enthralling to watch, and was another of my favourite moments.

The characters uninvolved in the messy relationship dynamics of the play were equally well-performed. Murray’s calm demeanour as Sorin made him a fascinating brother to Arkadina. Theo Tobias was an amusingly unsophisticated Shamrayef, and provided some great comedic moments in an otherwise fraught play. Eugenie Nevin as his wife Polina showed another dimension of womanhood that felt like a perfect foreshadowing of her daughter Masha’s later unhappy marriage. Betty Smildzina’s performance of the warmly steadfast Dorin was immediately impressive, and I couldn’t help liking him throughout. Blanchard’s Medvienko was yet another character caught in the crossfire of relationships, and he gave the role a comfortable ordinariness that made a perfect distinction between the high-octane drama of the writers and actresses and the regular struggles of marriage.

In all, this was a powerful and beautiful performance that both engaged freshly with Chekov’s well-loved play, and met its traditions with ease and energy. All actors performed with a nuance and fervour that made them irresistible, and I was enthralled throughout. A fantastic performance.