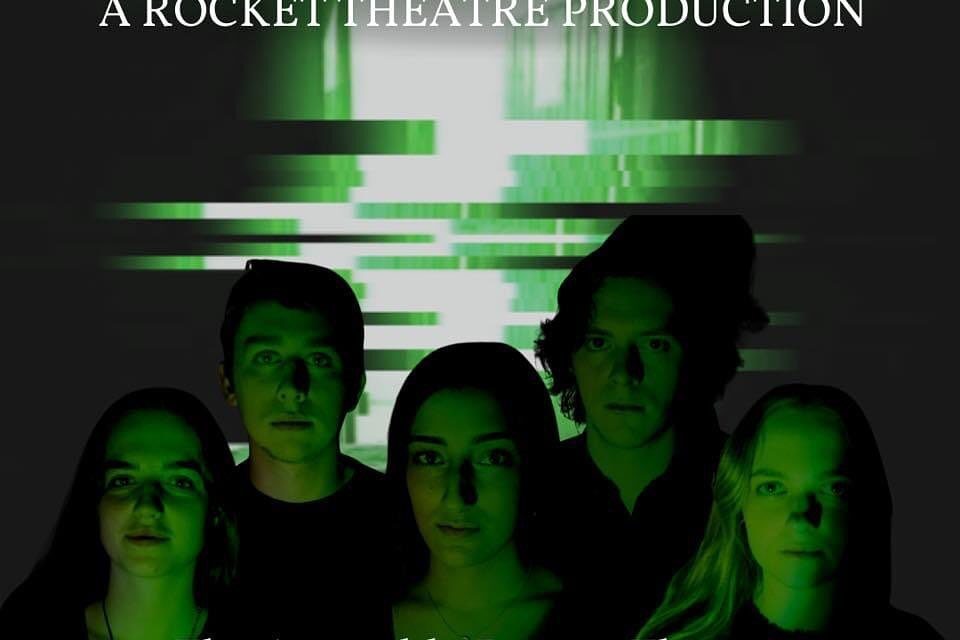 I would like to praise the creative team, production team and cast on this highly compelling and thought-provoking show

Rocket Theatre company seeks to create ‘theatre that excites’ and “The Nether”, written by Jennifer Haley, did just that.  Directed by Mollie Matthews, with the help of Assistant Director Katie Procter, this play excites through stimulating the audience’s minds, forcing us to reflect on the ethics of technology. In the world of this play, technology has almost transmuted into something called The Nether, parallel realms where people can indulge in all of their perverted desires, in ‘a life outside of consequence’. Throughout the play, a young detective attempts to prosecute some of the participants from the Nether.

Performed in the Assembly Rooms, Hidayat Malik and his designers effectively contrasted the bleak room where Detective Morris attempts to prosecute the participants and the ostensibly utopian world of The Nether. The set was split between the stark, oppressive interrogation room (on the lower level) and the dizzying wonderland that is The Nether. The Nether was strikingly evoked by leaf vines, the combined sound of gentle piano music and running water, and the neon green lighting. The green lighting was almost too bright, at times appearing lurid, successfully illuminating the artificiality of The Nether. It showed this apparent place of beauty to actually be a realm seeped in twisted perversion. The shift to the icy blue lighting at the end perfectly reflected the cold but true reality of what The Nether really is. I did, however, find the use of the fire exit a little clumsy and distracting, but I assume this was used out of necessity.

I want to commend the entire cast for very strong performances all round, each actor carefully bringing out the internal conflicts that consume their character. Bhav Amar, playing Detective Morris, masterfully shifts from a playful, cat-and-mouse interrogation style to a much more fragile, emotive performance as her intense desire to bring Sims to justice becomes increasingly mixed up with her own personal experience and need for connection. Her use of pacing and vocal variation was excellent, and I felt myself drawn to her throughout. I would, however, say that some of Morris’ laughs at the beginning, despite often successfully enhancing the character’s cold sense of confidence, at times were uncomfortably placed; laughing on lines like ‘molesting children’, in fact, obscured the sinister undertones of certain scenes.

Alex Davies plays an incredibly sinister and even delusional Sims/“Papa”; it was clear he truly believed creating a place for the perverted to indulge in their desires and compulsions, without being judged, was actually protecting others. His erratic mannerisms, shifting from an unnerving sense of control to violent outbursts, were highly unsettling (however, there may have been one too many hits of the table). I must also commend him on his effortless transition between his suspicious persona in the real world and his twisted, patriarchal role in The Nether. Moreover, George Thomas, playing Doyle, was a disturbingly likeable character and his emotional, and even physical detachment, was palpable.

Georgia Newton, playing Iris, created the perfect picture of innocence, but this innocence was slightly coloured by a sexual knowingness that was jarring to watch. Newton (Iris) and Davies’ (“Papa”) “close” chemistry was deeply uncomfortable to watch play out on stage, with the power dynamic being extremely evident. Finally, Eleanora Ashbrooke (playing Woodnut) successfully contrasts the delusional character of “Papa” with her sensitivity and clear affection for Iris.

Overall, I would like to praise the creative team, production team and cast on this highly compelling and thought-provoking show. Despite the short amount of time that was given to put this production together, it felt incredibly slick and solid. This show is definitely the start of Rocket Theatre’s revival!