Naomi Solomons is astounded by DOE’s take on the well-known opera. 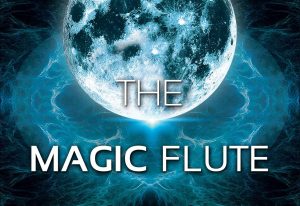 The Magic Flute, DOE’s annual Gala show, represents a welcome return to a more well-known opera. DOE’s production included skilled performances, technically demanding staging choices, and a challenging orchestral score, whilst lacking none of the creativity or ambition of their previous productions. Mozart’s final opera may have a complicated storyline, littered with casual sexism, but DOE have produced an engaging, accessible and, at times, hilarious show.

I was astounded by both the musical and acting talent showcased. Robert Singleton was a brilliantly dynamic and heroic Tamino, with a clear, expressive voice and superb upper register. Although his articulation was impressive and his arias showed wonderful contrast, he should be aware that the odd line was in danger of being lost. Peter Dunn’s Papageno was a comedic highlight of the production, and he managed to balance expert delivery of his spoken lines, great physical comedy, and a strikingly commanding voice. He had excellent interaction with the audience and consistently strong communication.

The fantastic comic trio of ladies was well choreographed and wickedly funny, with each performer tremendously expressive. Emer Acton’s powerful, soaring voice stood out, but alongside Dunn and Singleton the quintet blended beautifully. Emily Barnes’ stunning, lucid voice was well suited to the sweet, innocent Pamina, and her Act 2 aria was deeply moving.

Rowena Ashby took on the famously difficult and exceptionally high role of Queen of the Night with exceptional ability. Der Hölle Rache, one of the most well-known and virtuosic arias in the operatic repertoire, was performed phenomenally – she showed off a glittering coloratura and incredible control in the staccato passages, with staggering power and expression far beyond what I would have expected from a student performance. She could have been clearer in her interactions with the other characters and in where she was directing her anger, as consistently facing towards the audience made the action slightly stagnant. I also felt that she was holding back at some points, but the climactic B♭  was hair-raising, and overall she gave a truly breathtaking performance.

Cameron Gergett was an excellently creepy Monostatos, employing great physicality, but could occasionally be slightly difficult to hear. Will Hirtzel gave a technically strong performance as Sarastro, displaying an impressive range, but his arias sometimes felt somewhat laboured, and there were some slight slips in intonation – although he brought all the necessary gravity to the role. The chorus was almost entirely still throughout their scenes on stage, and the little animation they had felt like it was lacking clear direction or purpose. As a result, these scenes were some of the weakest moments of the opera, which was a shame as the group made a magnificent sound when singing together.

I enjoyed the use of props (particularly the camera crew), and the modern costumes, alongside some fearsome makeup, worked well, although it was a shame that Hirtzel’s suit did not quite fit. The projections at the back of the stage allowed for slick scene changes, and the sound cues were expertly timed alongside the orchestra. The modern update to the setting – chiefly, the use of mobile phones – was genuinely funny and avoided feeling forced or gimmicky.

Director Alabama Jackson made the ambitious decision to accompany the action on stage with videos and animations. These were effectively used on the whole, but in the more serious moments I felt that they were somewhat gratuitous and uncomfortable. However, it made the opera great deal more accessible and easier to follow, as a lot of the events normally explained in the libretto were illustrated onscreen. It showed an incredible amount of skill and hard work that the music and action were synchronised with the animations, and it is testament to musical director Josh Ridley’s superb command of the orchestra that when they began to get out of time he was able to catch the music up without any disruption to the performance.

It can be easy to overlook the orchestra, but the singers were accompanied by a consistently tight and polished ensemble, even through the trickier passages (of which there were a considerable number). I was pleasantly surprised that there were almost no occasions where the orchestra overpowered the singers, and this balance was expertly maintained throughout, although the timpani were often slightly too dominant. Of course, special mention must go to flautist Ellie Knott for her beautiful playing and deft manoeuvring of the challenging solo parts, and the synchronisation of Ellie Holland’s piccolo interjections with Papageno’s pipe playing.

The production displays an unbelievable amount of hard work and skill – however, given the attention to detail, it was somewhat disappointing that no one showed Singleton how to properly hold a flute. DOE have produced a simultaneously impressive and accessible performance with astonishing professionalism, humour and talent; regardless of your interest in classical music, I implore you to get one of the few remaining tickets – you are guaranteed an exhilarating show.

The Magic Flute will be playing in the Gala Theatre at 7:30pm on the 17th February.