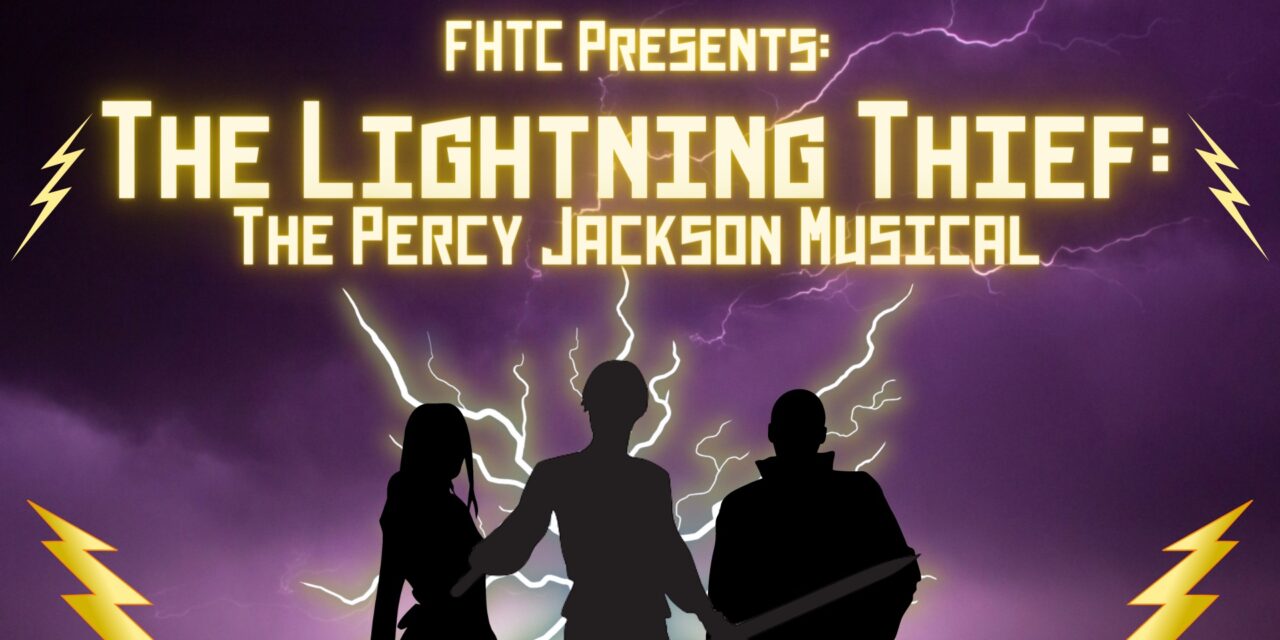 “a tightly bonded cast that built upon each other’s vibrant expressions and energy.”

If you enjoyed the Percy Jackson stories as a kid, or even now, this show is absolutely for you.

A real joy in watching The Foot of the Hill’s production of The Lightening Thief: The Percy Jackson Musical was the roaring excitement of the audience who loved it throughout. For those who may be less aware of the storyline, the show follows misfit Percy as he leaves his mum and gross stepdad to go for a summer camp at Camp Half-Blood, a supposed safe haven for demigods who have one mortal parent and one parent that is a Greek god. Percy discovers friends, family, and foes as he is charged with the quest of returning Zeus’ stolen lightning bolt before war breaks out in Mount Olympus. While the story works excellently in a rock musical format, I do wonder if the plot might be slightly difficult to follow without prior knowledge of the fast-paced and mythology-packed adventures of the book and film. Nevertheless, it was a fun night of entertainment!

From the opening of the production, the lighting and technical team provided undoubtedly the best lighting design I have seen all year. The wide range of effects perfectly captured the illusion of blinding lightning flashes, swirling stars, deep blue seas, warm orange campfire glows and deep red hellish pits, filling the scenes with emotion and creating a professional quality of production. While the lighting design and execution is totally dazzling, there were a few technical issues with patchy microphones, mistimed sound cues, and the ever-persistent struggle to clearly hear the voices of the singers over the band’s rocking music.

The music well matched the highly energetic nature of the show, nicely performing punchy rock numbers as well as country-style songs, ballads, and large ensemble pieces. At moments, the transitions between loud areas of strong emotion to softer, more gentle lulls was a touch jarred, but special praise must go to the group piece around the campfire with entertaining lyrics such as ‘things couldn’t be worse when your parents run the universe’ offering an endearing insight into the parent troubles of demigod teens.

The cast was a pleasure to watch in its refreshing range of representation. The dynamic energy of the whole cast was well led by Oli Ingoe as Percy, an imperfect and quirky ADHD dyslexic kid with a good heart and evident joy in the role. Another audience favourite Ben Osland who took on the roles of Chiron, the centaur mentor with a trotting flair, as well as the cool-Hawaiian-shirt-clad god of the seas: Poseidon. Maria Erazo was excellently cast as the defiant Annabeth Chase, filling the role with punchy determination as well as touching vulnerability, particularly in her solo ‘My Grand Plan’ on the struggles of being taken seriously in her powers of wisdom from Athena.  Grover the friendly satyr (half human-half goat) was charmingly played by Olivia Spillane, adding to well observed relationships linking the main trio.

Other notable mentions must go to Jessica Czapla’s heart-rending portrayal of Sally Jackson’s sweet gentle character of a caring and long-suffering mother. For vocals, the Oracle of Delphi punches in with a blast, powerfully declaring the prophesies in a dramatic, huge white dress and flashing lights. The vocals grew stronger as the performance went on, becoming less muffled and more secure in delivering the music well, even if still slightly hard to hear over the music and with some shaky American accents. The ensemble pieces, such as capture the flag, were great fun in their busy dance battle choreography, and were a real testament to a tightly bonded cast that built upon each other’s vibrant expressions and energy.

The show buzzed with joy that the audience fully got on board with and provided an accessible evening into Durham’s Student Theatre for those who may not have been so seriously involved with theatre throughout the year.

The Lightening Thief: The Percy Jackson Musical is playing at the Assembly Rooms Theatre until 24th June.

Image Credit: Foot of the Hill