Review: The Duchess of Malfi 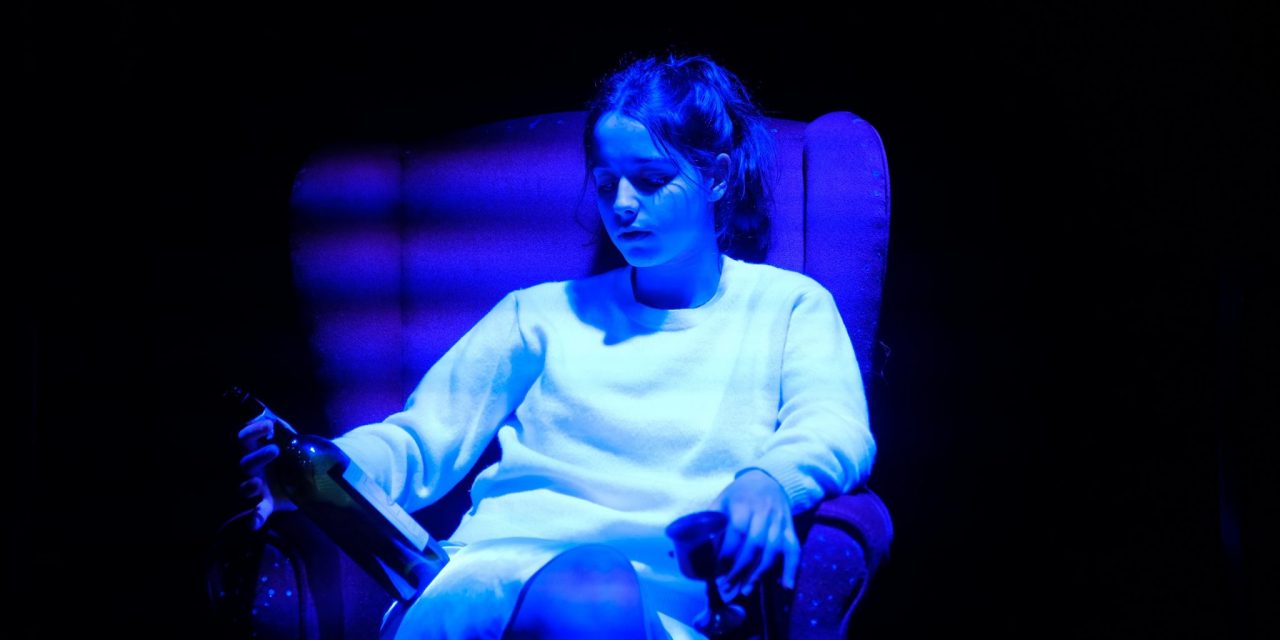 Charlotte Ambrose enjoys an electric adaptation of Webster’s The Duchess of Malfi with Phoenix Theatre.

Transferring Webster’s The Duchess of Malfi onto the stage is always a challenging process which requires hard work, dedication and engaging acting; all of which Durham Student Theatre’s production successfully fulfilled. The script is extremely demanding for any theatre company due to its episodes of poisoning, strangling and stabbing – director Rahul Shah cleverly manipulated the staging and lighting in order to create a sense of realism to underpin such tricky scenes which ultimately displayed the action successfully.

At first, I was sceptical about how convincingly Webster’s play could be modernised; however, Shah’s minimalistic staging and creative use of lighting transferred the Jacobean text into a contemporary setting. As the audience entered the performance space, we were confronted with an imposing Duchess (Giorgia Laird), sat in an armchair drinking wine. Although this was not part of the main performance, the inclusion of this feature was very effective dramatically because it established the character of the Duchess before even engaging with the script. The contemporary costumes further emphasised the refreshed take on the play. The use of makeup both modernised and further characterised the cast. The hearts on Antonio’s cheeks marked him as the idealistic lover. I did feel that there wasn’t enough religious emphasis in the Cardinal’s attire as he was dressed in full black, and Auguste Voulton’s makeup looked like he was a member of Kiss, not the Catholic Church.

The performance space in the Mark Hillery Arts Centre in Collingwood was utilised sagaciously. The staging made the action of the play feel more intimate for the audience as we were seated so close that action was more immediate and highly effective as I could see that the audience were fully immersed in the intensity of the performance. Moreover, the plain staging ensured that the audience’s focus was fixed on the intensity of the action of the narrative – this illustrated that fanciful sets are not necessary to bring to life such intense texts as strong performances from the entirety of the cast acted as enough animation for the stage. The selective use of spotlighting also enveloped the audience in key speeches, most notably in Bosola’s soliloquies which evoked a sense of the individual’s psychological inwardness, in the midst of the experience of the outer world of the court. As Bosola, Freda was able to command the stage with a click of his fingers to move from acting as an individual and then to rapidly shift to interacting with the rest of the ensemble. Including torches also led to a feeling of an interrogative and pervasive atmosphere in the court. Although, when Freda was illuminating a piece paper of paper which revealed the Duchess’ huge secret, the torch was directed at some of the audience members and seemed a bit blinding.

Olivia Spillane’s role as a lounge singer was certainly innovative and her bright voice encapsulated the audience. The loudness of the backing music sometimes had the tendency to drown out Spillane’s singing and the actor’s lines, however on the majority the inclusion of music proved to be successful. The music which accompanied Julia and the Cardinal’s intimate scene was especially effective as it added an unexpected, romanticised dynamic to their adulterous relationship – it was an intriguing way to view this transaction and one I had never before considered.

Ben Willows’ portrayal of Ferdinand was extremely impressive, most notably seen through the escalation of his anger and madness – Willows’ use of physicality powerfully portrayed this. Despite it still being executed well, I was disappointed with the fact that Delio was given Bosola’s closing speech as this had the effect of undermining the sincerity of Bosola’s shift from the ultimate villain into a more moral character. Sean Alcock as Delio still strongly executed the closing lines. The two brothers had an impressive, energetic dynamic in their scene where they hounded on their sister not to re-marry. As the Duchess, Giorgia Laird’s subsequent satirical reaction emphasised the strange relationship between the trio. Laird’s ability to showcase the difference in the Duchess’s relationships with her brothers and lover Antonio was striking and her convincing acting made it easy to understand this even with the complex language of the script. Antonio (Aaron Rozanski) and the Duchess’s chemistry was sustained – they were a strong duo and did a fantastic job of conveying the desperation of their situation. Rozanski was vibrant and made it clear that his character was young and naïve, yet was still able to command the stage. Even the more minor roles in the play such as Cariola (Anna Birakos) and Pescara (Oscar Nicholson) were consistent and accomplished.

The Duchess of Malfi is an overall success due to the sustained energy of the cast and brilliant use of the space. The plain staging showed that the acting coloured the narrative enough to show that less really can be more, showing that the aesthetics of the play were ambitious, yet successful.

The Duchess of Malfi will continue at the Mark Hillery Arts Centre, Collingwood College, on 24th and 25th January 2020.