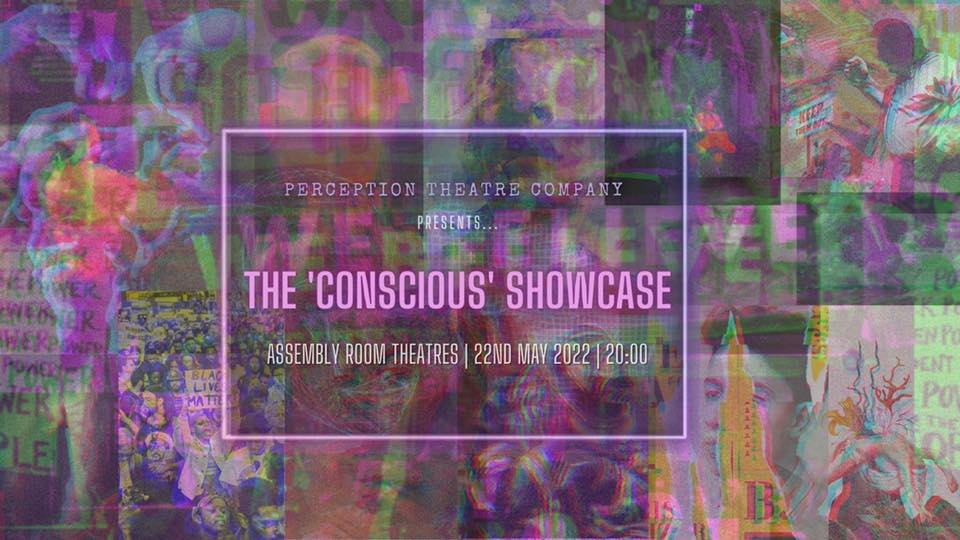 On a May Sunday evening, I was slightly apprehensive about attending the ‘Conscious’ Showcase, a cabaret that aimed to grapple with society’s flaws and obligations. However, I was totally taken by surprise by the content of the show and how such heavy material was frequently laced with comedy. In my mind, this comedic presence only served to highlight the routine nature of the material explored, the prevalence of these problems in society made them poignantly mockable.

Emma Whitehouse succeeded in opening the evening with a stimulating monologue of a motherless woman, introducing the idea that this showcase would tackle a plethora of grievances, not just the ones that frequent the student life. Her hysteric exclamations were sharply undercut by long silences and effective eye contact that encouraged interiority on behalf of the audience. Marked by the lowering of the lighting, we went from infertility to racism when Jamal Alli traversed the stage calling the audience ‘pussies’ and generating laughter all round. I particularly enjoyed his piece written by Elliot Warren; the allusions to Shakespeare’s Julius Caesar were clever and canny, bringing our new society into question by referencing a play that depicts one of the oldest civilised democracies we know of. Fiona Lord followed this with a more sincere approach in ‘Leaves’, where she discussed complex topics with subtlety, myself and my friends all interpreted this performance slightly differently.

Although I’d like to delve into all 17 of the repertoires, I do not have the space on page to do all of them justice, however, I do feel it of paramount importance to discuss Nathan Jarvis’ ‘Reign Over Me’ by Mike Binder. Jarvis’ depiction of physically quaking with grief was unlike the conventional depictions of bereavement, his was written with the subtext of loosing a family in 9/11. Undoubtedly, this piece was a particular highlight and his astute representation of trauma was evident again in his second piece, ‘The Unreturning’. Nathan aroused no laughs in his perceptive performance, which made the piece that followed his, ‘Boys will be Boys’, performed by Noelle Nunes, a much welcome comic relief. Her reasonably graphic text was fortified with efforts to call out sexism, an interesting amalgamation of the terms that perpetuate sexism and an attempt to disbound it.

A personal favourite would have to be Alexander Bittar’s showing of ‘Lose Yourself’ by Katherine Chandler. A clever deployment of a hip shimmy is always a trusty way to arouse a laugh, and I particularly related to the phrase that reverberated around the theatre; a paraphrase of the idea that there are two kinds of people in this world, those that wait for things to happen and those that make them happen.

Ade Adejobi provided a further argument for the broad scope of content that The ‘Conscious’ Showcase involved. Here she depicted a prisoner, and through her monologue commented on a prominent flaw of society, that health and stability of societal position are intrinsically interlinked. She suggested that her diagnosis as a paranoid schizophrenic is perhaps responsible for her eventual position in prison and if this is true, suggests a fundamental flaw with healthcare and incarceration.

Bhav Amar was an entrancing actress in the showcase and had a particular ability to hold the audience accountable through fierce eye contact. Yet an image that has stayed with me since the performance is Ayana De Soyza’s admission of the disgust she felt on seeing her mum’s dead body, a complicated yet understandable approach to shock and grief. She executed this performance with excellent strength that meant the audience got tied up in the narrative of this monologue.

At the end of the showcase, all cast member came together for a bow and I was struck with how they gave the appearance of a company despite all speaking separately on completely different subject matters. United by their ‘conscious’ thinking, I am envious of the thought-provoking debates they must have had behind the scenes, discussing the broad scope of problems that plague society.