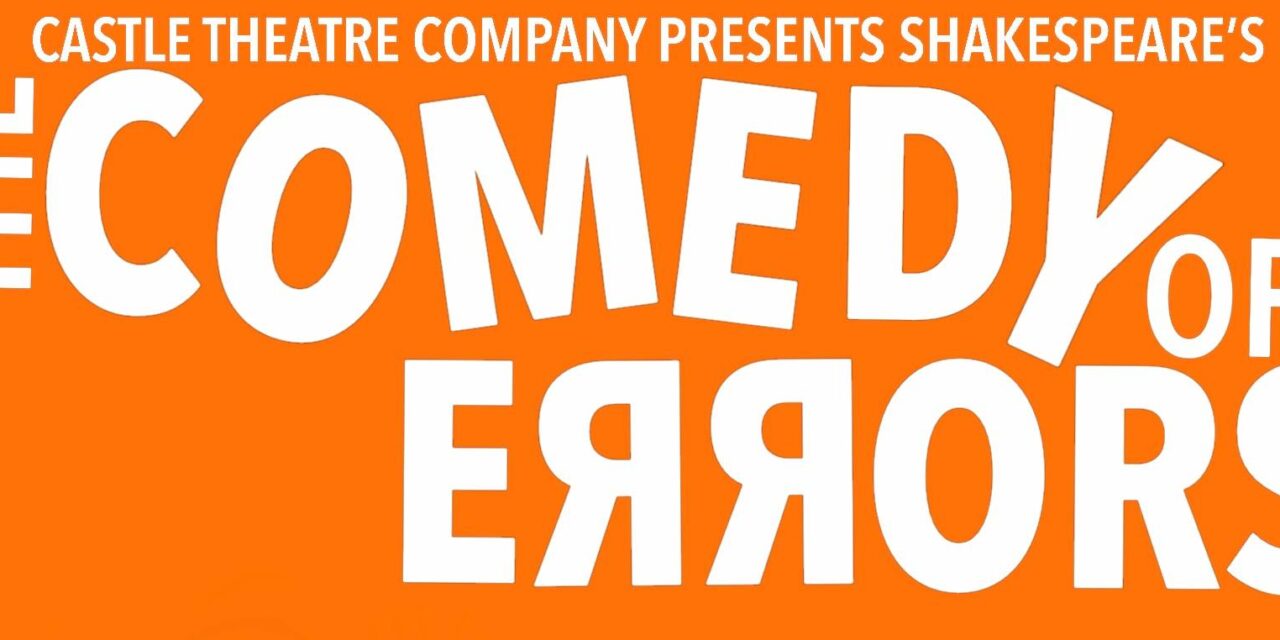 “CTC’s adaptation…gave the play a unique and fresh twist whilst remaining as hilarious as the original work.”

CTC’s rendition of Shakespeare’s ‘The Comedy of Errors’ follows the story of two sets of long-lost twins and the ensuing chaos that follows when Antipholus of Syracuse and his servant, Dromio, arrive in Ephesus, where unbeknownst to them live their twins – also, and very confusingly, named Antipholus and Dromio.

Staged in Fellows Garden, an out of the way garden in Castle with the most secretive feel to it, the venue truly brought out the summery feel of ‘Errors’, aided by a glass of Pimms and lots of sunshine to lend itself to the original setting of Ephesus.

CTC’s adaptation certainly lives up to Shakespeare’s chaotic comedy – the cast, the creative choice to gender bend the Antipholuses as well as Luciana and Adriana (now Lucian and Adrian) gave the play a unique and fresh twist whilst remaining as hilarious as the original work.

The cast are to be commended on their fantastic use of physical movement; the tantrums, comical expressions, the slapstick all helped to bring Shakespeare’s verse to life. Shakespeare is often hard to understand at a first glance, but the cast expertly delivered the scenes, often in such a way that the audience were left in a fit of giggles. Of the cast, Alexander Bittar and Isabella Thompson shone especially, with the incredible energy they brought onto the stage (or lawn, rather).

Thompson’s Antipholus of Syracuse and Etienne Currah’s Dromio of Syracuse were a fantastic duo. The physical choreography of all the cast was incredible, but Thompson and Currah were seamless, bouncing off each other (whether in fighting or fooling around) with a matched energy which really conveyed a relationship that went deeper than master and servant. Thompson’s energy and her portrayal of a more chaotic twin against Eleanor Sumner’s Antipholus of Ephesus brought a fun dynamic to the long-lost twins: so different in mannerisms yet also so alike. Bittar’s portrayal of ‘Adrian’, the stay-at-home husband of Antipholus of Ephesus, was perhaps the highlight of the play. Bittar played Adrian as feisty and dramatic, gracing the stage bold-printed robe – a subversion of the housewife trope. Adrian is a fantastically vocal character that both stands up to, and loves, Antipholus of Ephesus

The costumes certainly aided in the summery feel of the venue. The characters were decked out in vibrant beach clothes, print shirts, shorts, and dungarees. A clever detail was that the colour scheme of the Ephesus Antipholus and Dromio was green and blue, whereas the Syracuse duo were in orange and red, for further clarification. The bandanas and sunglasses added to the costumes, however, the big floppy hats both Antipholuses wear really obscured the faces of the actors, and muffled their voices a few times too.

Of course, one cannot go without mentioning the fantastic live music accompanying the play. It opened with the cast singing and playing ‘Build me Up Buttercup’, pieces of which intersected each scene with instrumentals that really gave the whole experience a light and comforting feel. The cast ended the play with their rendition of ‘Uptown Girl’, a fun homage to the twist of the gender bent Antipholuses. The feel-good music throughout was a genius move: with a storyline that is about togetherness and finding family, the good beats really add to the play’s vibe and cement CTC’s ‘The Comedy of Errors’ as a feel-good production.