Fred Vint is impressed by the entirely Fresher-run performance of Farquhar’s farce. 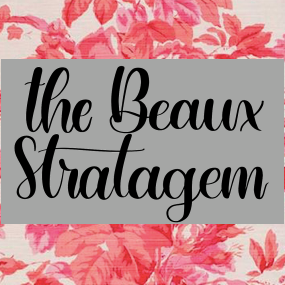 Having never reviewed a play at Durham before, it was a huge relief that I actually really enjoyed the DST Freshers’ Play production of The Beaux Stratagem. 18th century farce did not immediately scream funny to me, but the sensible decision to use a contemporary adaptation means the play was neither inaccessible nor pretentious.

We follow Archer and Aimwell, two gentlemen down on their luck as they search for their fortune in a lucrative match. The pair soon become quickly embroiled in the fantastic improbability of Lichfield town complete with righteous highwaymen, worldly barmaids and French friars. However, it later becomes apparent that love and marriage are not so easily distinguished. For the 1700s, Farquhar seems to have had a remarkably modern take on the institution of marriage, marvelling in both the joy of falling in love and the liberation of escaping it. Issues considering consent and the dynamics of gender relationships felt inescapably contemporary to a modern audience.

Aimwell (Calum Maclean) created an excellent comic duo with Archer (Jack Firoozan), producing an energy they maintained throughout the performance. Firoozan impressed particularly in developing a direct relationship with the audience through his soliloquies, and by the denouement the whole audience was firmly rooting for him.  They were equally matched by their respective intendeds. Hannah Fillmore (Dorinda) animated the only character without any great one liners, while Ellen Tapp as Mrs Sullen produced a hilarious satire of feminine romantic angst while being wonderfully scathing of her useless husband. Mungo Russell’s Mr Sullen was outstanding in creating a character who was simultaneously repellent and loveable, but crucially hilarious: a very strong debut from an actor who is surely destined to grace the boards of Durham often.

There were strong performances throughout the cast, especially considering the theatrical decision to leave them exposed on a fairly minimalist set – pistols aside. This allowed every actor to demonstrate the range of their physicality and revel in the effervescent humour of the dialogue, emphasising Gloss (Lucas Walker) and Cherry’s (Isobel Clarke) excellent comic timing as standouts. Jack Palmer’s direction maximised every last laugh of the production’s slapstick elements and deserves huge credit for devising what was, in my opinion, the best fight scene since the final battle in Gladiator. The Gaelic dance at the end was bemusing, although a nod to Farquhar’s Irish roots jarred slightly with an otherwise very professional performance.

As the weather gets increasingly wetter and the evenings get darker, I cannot recommend a better way to overcome the northern nights. This excellent comedy fully deserves a full house.

The Beaux Stratagem will be playing in The Assembly Rooms Theatre at 7:30pm on the 24th and 25th November.