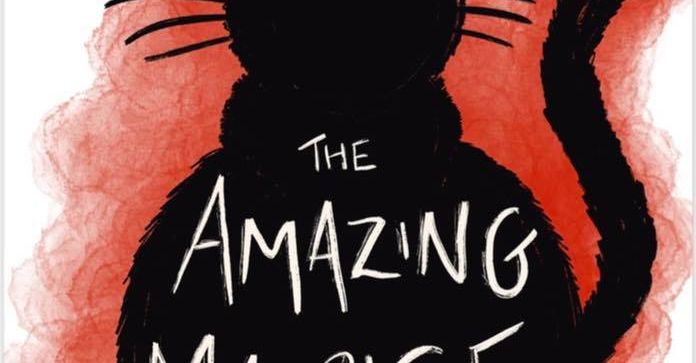 “if you haven’t bought a ticket yet, you really ought to”

Charming, silly and bundles of fun, from start to finish; you don’t need to read to the end of the review to be told to go and watch this show. ‘The Amazing Maurice and Their Educated Rodents’ holds a special place in my heart, having done it at school – and Ooook! fulfilled every expectation I had, taking it even further than I could have imagined. The Amazing Maurice, directed by the wonderful Niece Gauvain alongside AD Rachel Wilkinson, will entertain you, move you and keep you engaged with talent across every aspect of the entire production.

This show follows the hijinks of a speaking cat, Maurice, and their gang of ‘educated rodents’ as they try to make some dishonest cash but end up uncovering a dark scandal instead. Throughout the show you can expect to encounter ridiculous characters, quirky comedy and a whole lot of twists and turns.

What struck me straight away were the wonderful puppets, courtesy of Anna Hayward. These, whilst made from everyday materials, looked incredibly professional and served the tone of the show well, interchangeably used as puppets and headwear. In spite of a couple of small errors, such as the house lights coming up briefly or some mics being left on backstage during changes, this show still showcased a technical success. The use of coloured lighting, especially moving across the apron, was incredibly effective in building tension, with praise going to lighting designer James Goodall and technical director Harry Clipston. The effects on Spider’s voiceovers were massively eerie and did a fantastic job in freaking out the audience (or at least me). The set changes were well considered, thanks to the excellent work of Daisy Robinson as stage manager and Lottie Gordon as DSM, and were fantastically covered by the music, which scored the entire production very effectively. A massive hats off to the entire tech team, including Ben O’Hagan and Dylan Bunyan as ATDs, and everyone else working behind the scenes.

Rhiannon Morgan had an immense job as Maurice, essentially carrying the show, and they certainly met the challenge! They were equal parts charismatic and self-serving and their commitment to maintaining their cat posture throughout impressed me greatly. Physicality was in fact a strength of the whole cast, whose background acting at any given time was focused and engaging, a credit to this strong ensemble and the directorial team, no doubt. All the movement in the show felt motivated and the choreography was clearly well considered and consistent, especially some of the fight sequences set to music.

The ensemble cast was immensely strong, and I didn’t get the impression that anybody stood head and shoulders above anyone else. This is a great thing which I’ve come to expect from Ooook! shows, due to their history. It’s sadly not possible to mention everyone (much as I’d like to) however I’d like to single out Hannah Kisiala for her professional portrayal of Darktan and undeniable stage presence. Additionally, Eliza Davis’s Keith, the token human of Maurice’s gang, was hilarious and believable throughout. Scout Pemberton’s Spider was terrifying and haunting.

In summary, this show is sure to delight no matter your age, and if you haven’t bought a ticket yet, you really ought to, lest you miss out!