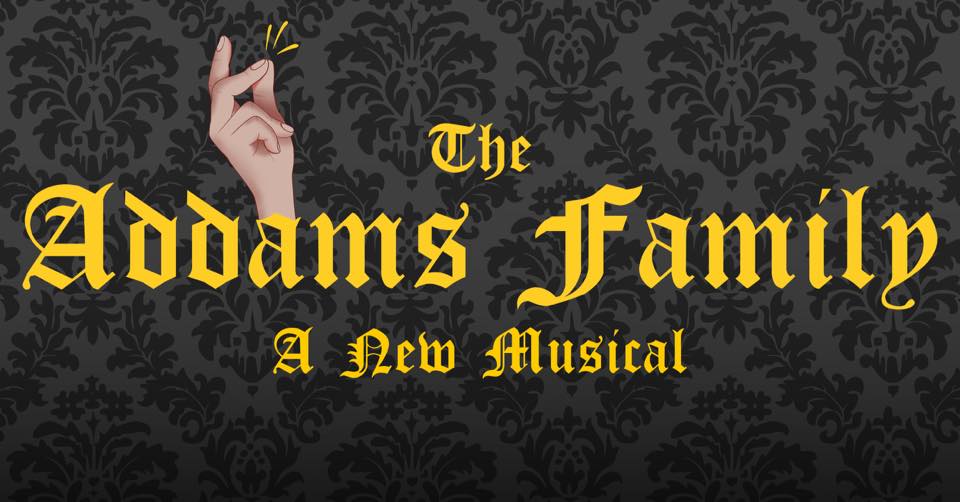 The atmosphere of the production was immediately established as fun as well as slick in the show’s opening number, “When you’re an Addams”, which was both well choreographed and well-performed as we were introduced to all of the quirky family members. This high energy was fully sustained throughout the show – meaning that audiences were kept alert and entertained through the slightly longer first act. In the show’s opening number, we also meet the chorus of the ‘ancestors,’ each of whom has their own particular character. However, it must be said that at times these characters were quite specific and rather difficult to identify such as ‘JFK’ or ‘witch.’ However, with this said, each of the chorus actors brought their own special flare to the background of the show. Standouts of the ancestors were Xanthe Gibson as the ‘acrobat’ and Stephen Mcloughlin as ‘JFK’, whose death drop was especially impressive and I feel encompassed the fabulously camp energy injected into this show by directors Lauren Brewer and Megan Cooper.

The simple set of the show was helpful as it allowed far more room for movement around the stage. This was particularly noticeable in bigger group numbers where there were more than ten actors on stage at once. The lighting and sound were also extremely impressive, with the moving spots in particular very exciting, adding beautifully to the tumultuous nature of the show. One instance where the strength of the tech really shone through was the representation of the hurricane – which was simply fabulous.

The entire cast were extremely impressive and there is so much to say about each of them as individuals, all excelling in both acting and singing; however the standouts of the show were the Matriarch and Patriarch themselves; Morticia and Gomez Addams; played by Anna Kendall and Ben Osland. When watching these two perform, it was difficult to remember that you were, in fact, watching a student production, with each word and step seeming perfectly choreographed and timed. Ben Osland injects a new air of life into the character of Gomez and his comic timing should be commended. I would also like to commend his use of a spanish accent which he maintained consistently throughout the show; even when singing. Anna Kendall sets herself out as a triple threat as she excels in the dance aspects of the show as well as the acting and singing, this was made particularly obvious in the “Tango de Amor,” in which she and Osland dominated the stage with their passionate chemistry as well as their dance skills. Other standout performances were; Sophie Alibert as ‘Alice,’ Miriam Templeman as ‘Grandma’ and Olly Stanton as ‘Lurch’, although it should again be reiterated that the entire cast were truly excellent.

The musical direction was simply fantastic and Josh Tarrier and his brilliant orchestra hit every mark correctly throughout the show. The musical number that stood out to me was “Just Around the Corner.” Anna Kendall’s stage presence was accompanied by one of the strongest songs of the night instrumentally. Directors Lauren Brewer and Megan Cooper should be extremely proud of conducting such a high scale production to such an impressive standard and tying together a truly remarkable and enjoyable performance that was clearly enjoyed, which was made obvious by an enthused standing ovation from the audience at the end of the show.