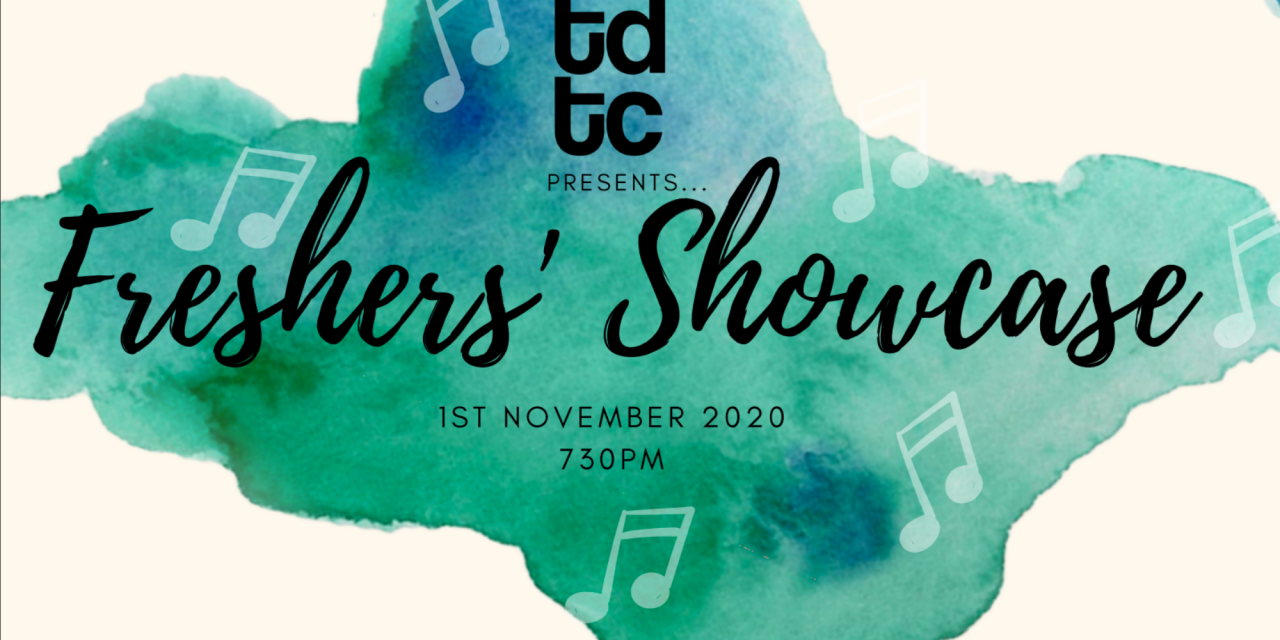 As a diehard musical theatre fan always looking to find more musicals to add to my playlists, I love showcases. Tone Deaf Theatre Company did a brilliant job of opening a particularly challenging return to theatre, delivering solid performances for DST’s first showcase of the 2020/21 academic year.

As we took our seats, assistant musical director Josh Tarrier played his keyboard onstage, where he would remain for the rest of the showcase. This created a superbly professional setting right from the start, in keeping with the slick marketing of the show by producer Laura Wilson and her assistant producer, Justin Chu. The production design was altogether stripped back, with the technical effects mostly limited to different coloured lights to reflect the mood of the songs and four stand microphones which effectively tackled the issue of social distancing onstage.

Vivienne Shaw had the always-daunting task of opening the showcase, and co-directors Olivia Jones and Jennifer Leigh picked out a classic: ‘In My Own Little Corner’ from Cinderella. Though seemingly simple, this can be quite a challenging song to act but Vivienne’s performance was convincing throughout. It would have been even better if the song hadn’t been seemed slightly rushed overall, as this would have allowed the daydreaming feel of the song to come through and Vivienne’s beautiful voice to shine to an even greater extent. The same rushing issue popped up in Vivienne’s second solo, ‘She Used to be Mine’, and sadly this sometimes detracted from the emotional power of the song. Overall, though, ‘In My Own Little Corner’ was a solid opening that gave everyone clear insight into the talent to come.

Sam Jones came on next, marking a change in mood with ‘Santa Fe’ from Newsies. In the hands of a less talented performer, this might have been jarring, but Sam consistently delivered standout performances the whole night. His acting was overall very naturalistic – masterfully so, especially as the night went on and he gained confidence. His vocal technique was also outstanding, and his beautiful tone really shone through. Sam’s other solo, ‘Michael in the Bathroom’, was the strongest solo performance of the night.

Archie Collins’s performances were both more classical numbers than Sam’s solos, giving a pleasant contrast and showing off the scope of talent in Durham. He was given two challenging numbers, ‘On the Street Where You Live’ and ‘Bring Him Home’ – it is perhaps no surprise that the latter outshone the former. Archie’s confidence had clearly grown by his second solo and his facial and voice acting were truly moving. It would have been even better if the direction for his physical acting had been as detailed, as his performances would have seemed more grounded. Nevertheless, the fact that he tackled difficult songs having spent the majority of the rehearsal period in isolation must be commended.

Last but not least, Florence Lunnon delivered a nice contrast to the other performers and was also the only one to sing a gender-bent song. Her acting in both ‘As Long as He Needs Me’ and ‘You’ll Be Back’ was utterly convincing, and she displayed the broadest range in acting of the four performers. The musical direction wonderfully showcased Florence’s powerful voice, and I deliver heartfelt congratulations to musical director Olivia Jones and assistant musical directors Josh Tarrier and Constance Froment for this. Her technique was close to flawless. At some points in ‘You’ll Be Back’, though, I was genuinely terrified – perhaps a bit too much, given the comic nature at the heart of the number.

The group numbers can sometimes get a bit overshadowed in a showcase, but in this show, all three were outstanding. The winning duet was, for me, ‘Secondary Characters’, performed by Florence and Vivienne, as they made the most of whatever interaction was possible with social distancing. Even though I didn’t know the song initially, their characters’ personalities and relationship were entirely clear to me by the end of it. The finale, ‘You Will Be Found’, performed by all four freshers, was the highlight of the night. Their parts were assigned perfectly, and the acting was directed wonderfully – towards the end, I was actually near tears. You could tell that they were giving it their all, and it was the perfect number at a time when everyone’s mental health has taken a toll.

All in all, although some solo choices suited the performers’ voices and styles better than others and the acting through voice and facial expressions outshone the movement direction, I truly enjoyed every number. The cast and production team should be incredibly proud.