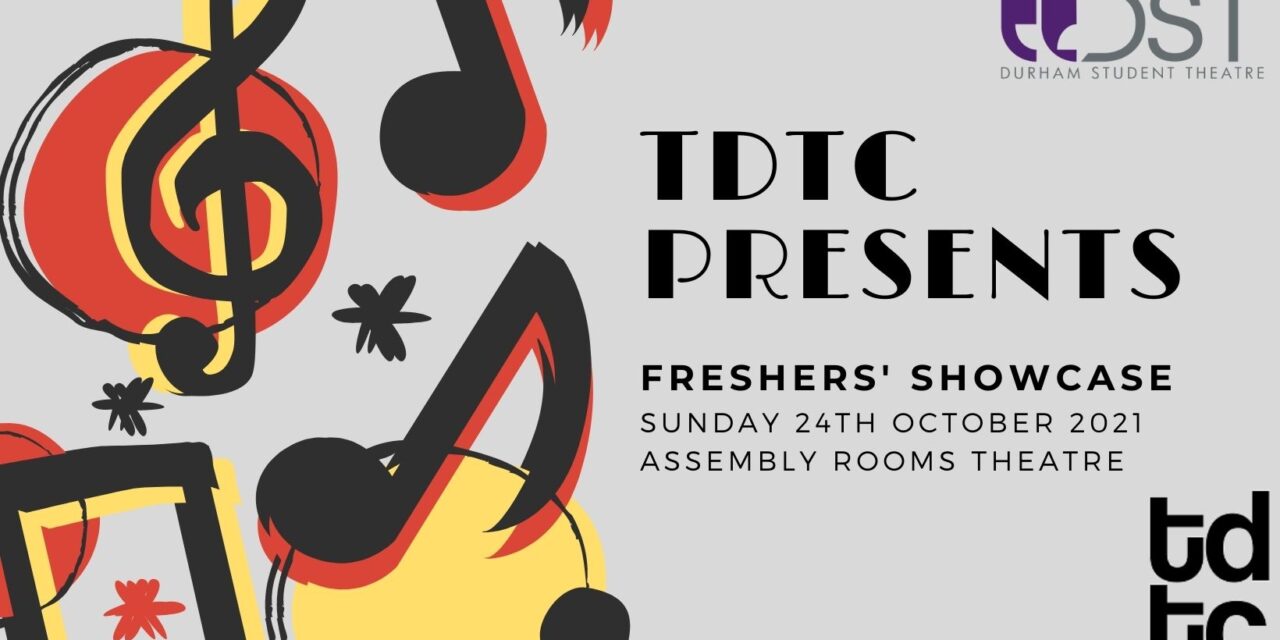 My, oh my. What a debut to the stage. It was an absolute privilege to be back in the theatre watching this year’s finest cohort of talented Freshers sing their hearts out. With confidence, raw vocal talent and huge acting potential, a delightful performance was shown by all the individuals. It was a real tribute to the time and effort from both cast and crew to have made this level of performance possible by week 4.

After a solid opening number, Theo Dowglass had the daunting task of being the first solo performer onstage. For me, Dowglass was the clear standout of the show, displaying the biggest acting variety across all the pieces she was involved in. Dowglass would evidently have stage presence if she was ironing. From the mischievous characterisation of ‘I Can’t Say No’ to the fantastically controlled belting in ‘Home,’ Dowglass was an entrancing, comedic and thoroughly enjoyable performer.

Francesca Horgan was the second performer, offering an apt mood change with a Waitress classic: ‘When he sees me’. This was followed by Harry Allderidge’s performance of ‘Freeze your brain’ from Heathers. Although these two offered strong individual performances, ‘Love is an open door’ was definitely the duet that truly showed their talents. The directing choices here from Sam Jones and Vivienne Shaw gave this number the uplifting and joyful sentiment it needed, allowing both Allderidge and Horgan to focus and hone their acting into specific actions. This allowed them to have the best interactions onstage of the night.

Emily Phillips certainly showed an in-depth understanding of subsuming a character, taking ‘Adelaide’s Lament’ fully out-of-context and yet still completely nailing it – definitely a difficult feat! Phillips’ attention to detail on the accent choices she made throughout the night were not unnoticed, many performers attempted accents during their songs but there were times when I questioned whether Phillips was truly from New York or not. A fabulous character performer.

Last but not least, Mia Shambrook exhibited some excellent vocal dexterity and range throughout the evening too. Her latter solo piece, ‘Rather be me’ suited her voice particularly well, as other song choices potentially did not sit as comfortably with the other performers. Shambrook demonstrated an excellent contemporary style of singing, which complimented both Phillips and Dowglass when it came to the best performance of the show ‘I know It’s Today.’ In general, the group performances were consistently high energy and provided wonderful contrast to the solo program, however, it was apparent that ‘I Know It’s Today’ was the best musical display of the evening. The girls split into 3-part harmony effortlessly and were collectively louder than when all 5 performers did their finishing number. With that said, the climax of the finishing piece was slightly drawn back by some choreography choices that potentially may have hindered the musical impact of the finale.

Tribute must also go to Josh Tarrier and Freya Hartley, who began the show by welcoming the audience in with lovely well-know show tunes. These two Musical Directors set the professional tone for the evening ahead in which they shared the accompaniment parts, providing more than just keyboard with sound effects which bolstered the backing tracks with tremendous success. The backstage team: Carrie Cheung, Olga Kwan, and Aaron Lo Pui Him also deserve tremendous acknowledgement for putting on a slick, well-organised show that ran smoothly from start to finish. The lighting design choices from Technical Director Charlotte Beech were simple and appropriately created the moods for the actors to shine through, while finally the publicity campaign from Erin Waks was thorough and cohesively brought all show elements together. Although I think that there was an opportunity to create more of a unified aesthetic with what the performers were wearing that evening, it is a minor nit-picky element of an overall fantastic showcase.

These talented first years have certainly made their mark on the Assembly Rooms floor, with many more footprints hopefully to be made throughout the year.