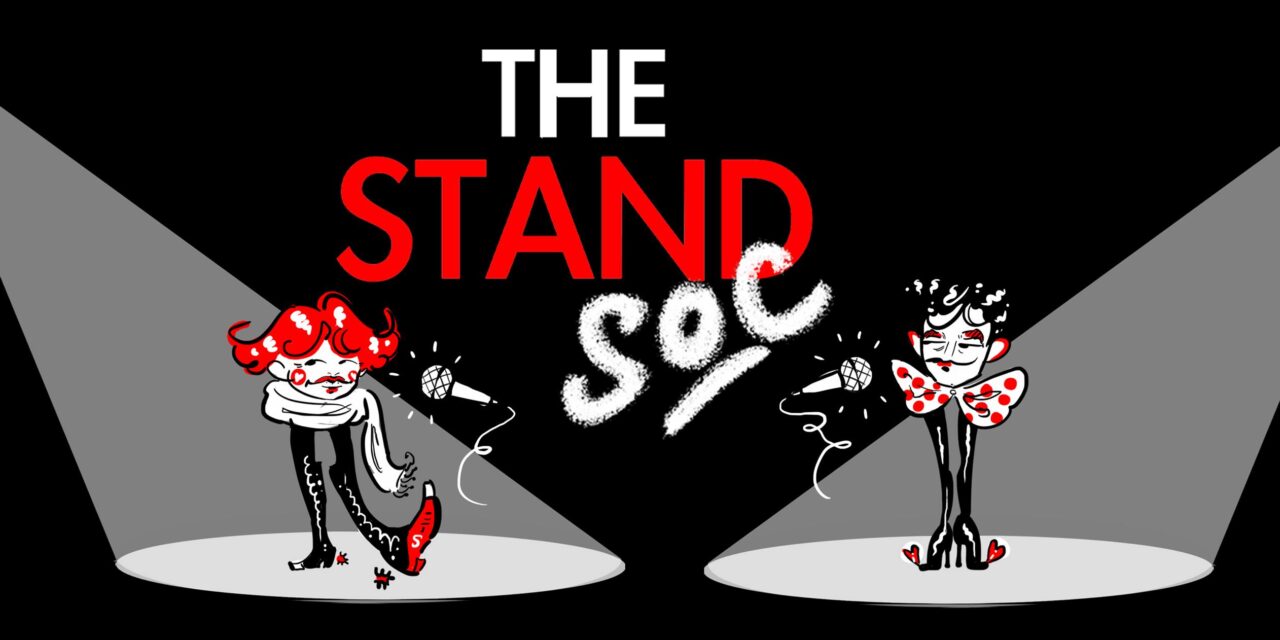 The general atmosphere of the evening was relaxed and comfortable with a positive ambience, which is always helpful for first time performers. The audience was generally pretty forgiving when jokes missed the mark and there was very little heckling. The evening was hosted by one of the co-presidents, Sascha LO, who bridged the acts together with great professionalism, as well as including some of her own, very successful, material. All acts should be commended on both their courage and material, every single performer completed their sets with poise and style. There were, however, a few standouts amongst the excellent performers.

Amir Davies’ deadpan character opened the night brilliantly, while his dry jokes and subtle facial expressions were genuinely hilarious. In addition, newcomer Liv Montgomery absolutely shined. I found her general attitude towards sex and female sexuality extremely refreshing and, as the wonderful MC Sascha LO put so eloquently, no one wants to listen to dick jokes all night. Last night also saw the appearance of mature student Mick Webber, whose general premise was centred around his age. His jokes were well timed and it was interesting and exciting to have such a different act among the younger performers. However, his set continued on for noticeably longer than the other acts, and it perhaps felt like some anecdotes were unnecessarily lengthy.

Joe Skaria was once again the stand out of the evening, perfectly pairing his sweet disposition with his excellent comedic timing, often using relatable material referring to his experiences at Durham. Skaria superbly finds the balance between being cheeky and overly crude, which can sometimes be difficult to do within the pressurised environment of stand up comedy.

All in all, The Stand Society’s second show was once again a truly enjoyable night, serving a solid serotonin boost for all audience members. I can’t wait to see what else is to come from this brilliant new society over the course of the year.