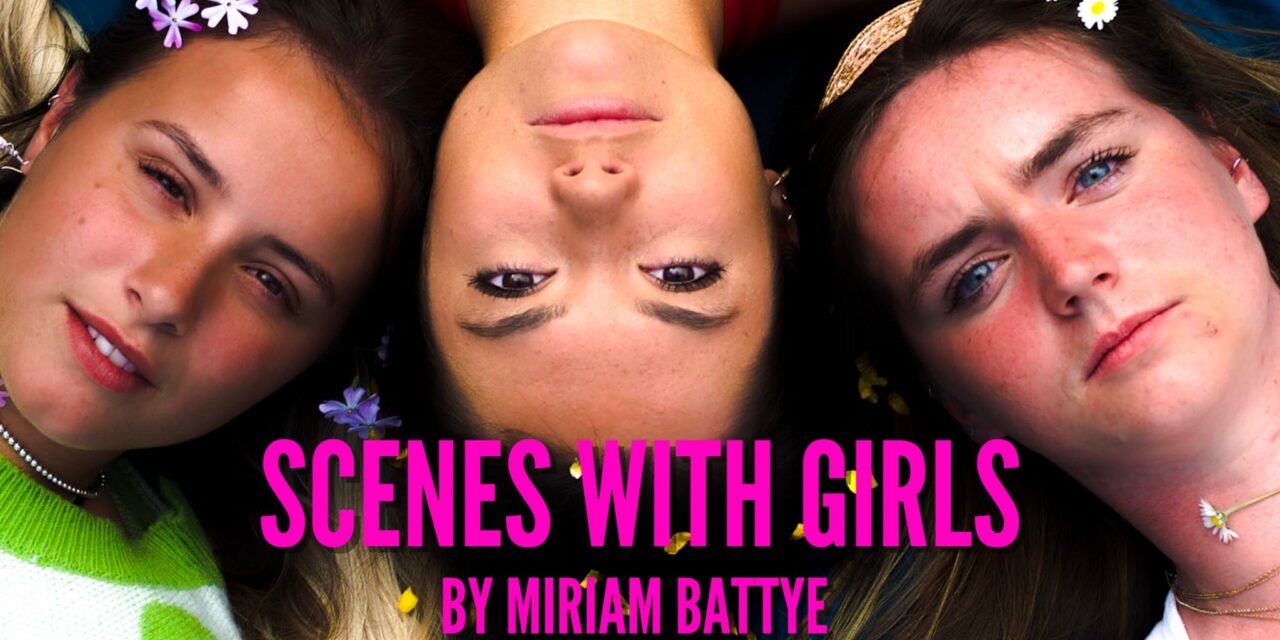 Isabelle Bruce is impressed by the Collingwood College Woodplayers’ production of Scenes with Girls, a comic exploration of feminism, female friendship and sexual politics.

The Woodplayers’ production of Scenes with Girls is a masterclass in female friendship, highlighting the importance of both romantic and platonic relationships through snapshots of the three girls’ lives. Staged with the poignancy of the surrounding debate over feminism and its true definition, the direction and acting of this play explore these themes in a moving and contemporary way that may seem all too familiar to audience members.

It is, without question, the relationship between Tosh (Juliette Willis) and Lou (Maddie Thompson) which takes a starring role in this production. The two have undeniably easy chemistry together, mimicking the multifaceted female friendship with such stark reality that it throws the storyline into even sharper relief. On one hand, Lou is bubbly, sex-oriented and almost bombastic, whereas Tosh is much more reserved, philosophical and opinionated. Whilst the sheer amount of inside jokes between the characters did seem a little forced at times, they served well to highlight the depth of the girls’ friendship. Willis’ physical comedy is to be commended, as well as her background facial expressions that provide interesting foreshadowing and heighten the audience’s reactions to the dialogue. Notably, in this extremely dialogue-heavy play, the range of emotions displayed by Thompson is impressive, as is her ability to make her character immediately endearing. Though at times both actors were hard to hear, the emotions apparent through physical affection and a short dance sequence served to cement my belief in their deep intimacy.

Contrast is brought about through the character of Fran (played by Jemima Abate). She immediately brings a sense of isolation through her admirable stage presence, fitting into as small a space as possible to contain herself and show Fran’s uncomfortableness. Through the introduction of this character and the relationship between the three girls, Maddie Clark’s direction truly shines as Abate’s naivety and awkwardness are effectively juxtaposed by the almost excessive familiarity between Thompson and Willis’ characters. The hostility is exacerbated through blocking distance and the physical closeness between the other girls, allowing the audience to empathise with Fran and question the roles into which the female friendships have evolved. Moreover, the significance of needing male validation and affection is aptly explored through both the dialogue and the physical affection void that Tosh and Lou seem to fill using each other, as the two actors regularly cuddle on stage. The direction draws this out whilst emphasising the parallels construed between romantic and platonic relationships.

One of the key strengths of the production is the staging. The stage is cluttered with both furniture and props, most notably a big bed where much of the dialogue is performed. Whilst occasionally making the blocking cramped, the stage looks lived-in, as though the audience are peering into an actual apartment. This is heightened by the skilful lighting, especially the many different colours in the first scene, which creates a kaleidoscope of colour and life, lending vibrancy and realness to the performance. However, the bulkier furniture at the front of the stage was, unfortunately, a hindrance to multiple audience members, with much of the action blocked from view. Another interesting aspect was the use of music. Though slightly jarring, the track was made up of exclusively “girl power” songs and served to slowly convey the changing mood and tone of the performance.

Overall, Scenes with Girls is a competent production that persuasively conveys all the nuances of female friendship. It grapples with the complex roots of feminism through the intricacies of back-stabbing and easy company that leaves me with the sense that I have just been dropped into the lives of these girls. Clark has delivered a busy, yet slick production that has audience members leaving with much food for thought.

Scenes with Girls performed at the Mark Hillery Art Centre on 19th June.