Historically, audiences do not tend to look towards Shakespeare’s most popular tragedy, Romeo and Juliet, for belly laughs and lively dancing. But this is just what Phoenix Theatre Company’s production provides—and, somehow, it doesn’t seem ill fitting. Instead, this fascinating and intriguing futuristic staging of the classic play is a must-watch.

This is an incredibly professional show delivered by a hard-working cast who, despite having exams right around the corner, appear totally immersed in the play. However, there were a few technical quibbles: the dance sequences, especially at the start, were ever so slightly out of sync, and there were additionally a couple of instances of actors either missing their queue or speaking too soon.

Even so, the quality of this production is that of absolute professionalism and ability—not only that, it was original too. Transposed into a Mad Max-style future, where the Montague outcasts fight against a ruling elite who have commodified the Capulet women, and sprinkled with a generous helping of modern song and dance throughout, the show never fails to amaze and surprise. Although the costumes, plot, style and themes (fidelity, virtue and the challenges of modernity) all feel extremely current, the production maintains the original language of Shakespeare. This serves to emphasise the modern relevance and universality of Shakespeare’s themes.

Kitty Briggs’ choice to cast all of the Capulets as women is interesting. The changing of genders allowed for novel representations of well-known characters. Tybalt was impressively played by Angharad Philips, who told The Bubble: ‘In this world you know why Tybalt’s so angry. The women are all subordinated, so of course she’s going to want to fight these men.’ Katherine Briggs (Juliet’s Nurse) and Flo Petrie (Capulet) were respectively comic and frightening, and very well cast indeed.

But the standout actor for me was Zac Tiplady, who gained the most laughs as Mercutio. He exuded charm, and his energetic performance brilliantly captured the erratic nature of one of Shakespeare’s most difficult characters—the effect was alternately comic and intensely poignant. I thought that Jake Lennon as Paris was slightly underused, as both he and Kyle Kirkpatrick (Friar Lawrence) had excellent stage presence.

And, finally, the lovers: I must ma 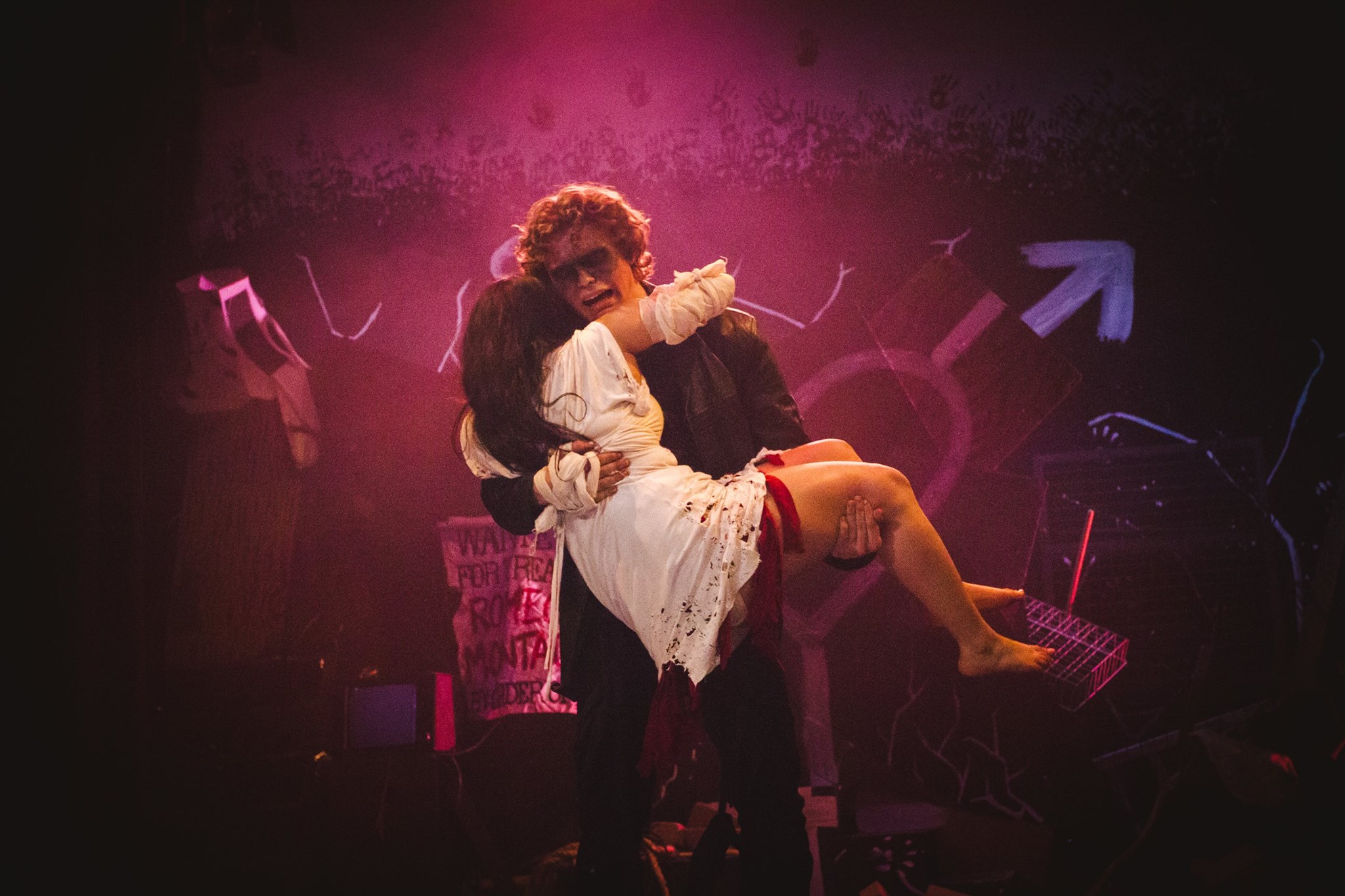 ke clear that both Layla Chowdhury (Juliet) and Harry Twining (Romeo) are wonderful actors individually and were able to convey their characters’ arcs with confidence and spirit. Unfortunately, I did not think that their chemistry had all of the heat and passion necessary in a staging of what is arguably the greatest love story of all time. This was the primary weakness of the production. That being said, choreographer Carrie Gaunt helped them to achieve a greater sense of connection through modern dance, particularly in moments such as Juliet’s awakening.

All things considered, this well-conceived production provided a brilliant transformation of the text we all know so well, shedding fresh light on themes and stories behind it that may have never previously occurred. The whole thing was executed with a speed and vigour that ensured we were never bored; and even if some of the chemistry was off, it is testament to the rest of the show that the audience remained alert and excited throughout. I urge you to go and see it.