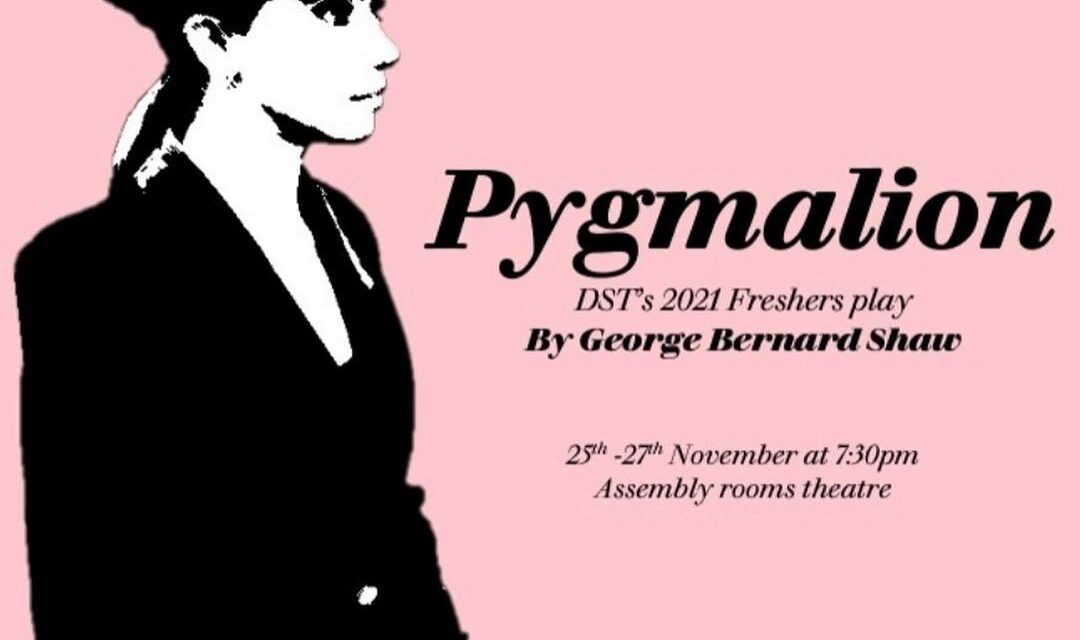 “the acting was, in one word, phenomenal”

“Men, men, men!” exclaims Mrs Higgins before a sudden lights out in the second half of the show. My thoughts exactly. If the play doesn’t bring out a passionate patriarchy-fueled frustration, I don’t know what will. This adaptation of George Bernard Shaw’s 1912 play ‘Pygmalion’ brings out the best elements of the original; feminist themes, narratives on class struggle, humour, and omits unnecessary (and let’s face it, inappropriate) romantic undertones which many modern adaptations of the play fall victim to.

The opening scene begins with a bang as actors saunter down through the audience loudly ‘selling’ flowers to the audience members. The simple set design and chorus of cockney voices sets the scene of a rainy day in Covent Garden, drawing attention to the actors as our protagonists become apparent. What I assume was a technical malfunction five minutes in resulted in a brief blackout, but it was professionally ignored by actors and didn’t hinder the fluency of the scene in the slightest.

I feel it would be improper to review the play without giving special praise to the set design. Whilst the play opened with actors on the apron with a simple curtain backdrop, we fall back to centre stage in which two domestic settings – the home of Higgins and that of his mother – alternate. The set designers maintain a similar framework for both houses, allowing a quick set change, but utilise enough differences that the audience can pick up clues on location, lifestyle, and the nature of the character that lives within. The placement choice of the furniture and other domestic elements complimented the situation and movement of characters on stage, creating a consistently satisfying image without the interaction between actors and the set seeming awkward or unnatural.

Admittedly, the omission of certain scenes where we follow Eliza’s linguistic development did strike me as an interesting choice, as I feel it could have strengthened comedic elements of the play. That being said, Lucy Mae Bly executed the role of Eliza perfectly in terms of character development; maintaining the core of the character despite the sudden change in accent between the scenes.

This brings me to the acting, which was, in one word, phenomenal. Whether it was a witty response, a subtle reaction, or a full blown monologue, I genuinely had a great time watching each of the characters simply be. The chemistry between Bly, Lewis and Cawood’s characters on stage was electric; you could really pick up on the unspoken nuances in the relationship dynamic, which is especially important in highlighting differences between the men in their treatment of Eliza. What I am perhaps most impressed by is the portrayal of Higgins, both in the way he’s presented in the script and the fantastic way Ben Lewis brought the character to life. It can be tricky to create cold but funny male characters without subtly framing them as the oddly charming male romantic, but it was done here with great success. Whilst Lewis provided some of the funniest moments in the play (and a rather Freudian one-liner which had the crowd gasping), he was simply not a likeable character, which is so important in drawing attention away from a romantic subplot and towards the feminist themes of the play.

Overall, the play was undoubtedly a success. From the exceptional acting to the clever lighting, there was clearly careful consideration put into providing a meaningful balance between humour and more serious themes. This freshers’ play gracefully takes the baton of theatrical talent in DST, and I’m excited to see more from Durham’s newest creatives in the future.