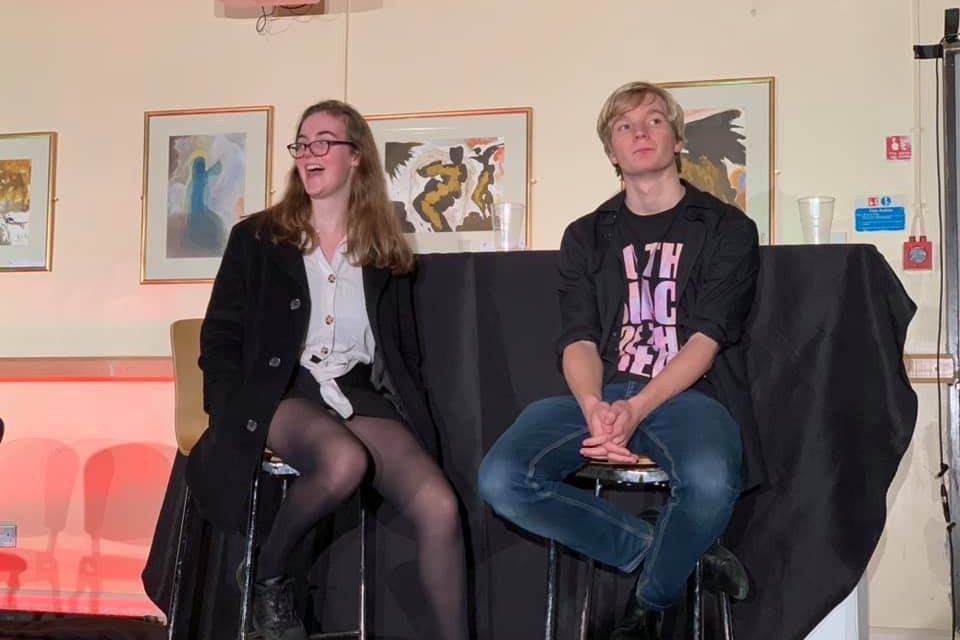 Bailey Theatre Company and Green Door Theatre Company have teamed up once again to put on their freshers play and it doesn’t disappoint. Pick Ups by Alex Broun is made up of a variety of different sketch-like scenes which shed light on the struggles of modern dating. Directed by Megan Ratcliffe, the show maintains a high energy throughout and is overall very enjoyable. The venue (the Cassidy Quad, in the heart of St Chad’s college) was used very well and the atmosphere it created added to the charm of the production.

The cast worked well together, and it was interesting to see them bounce off each other in differing scenes. There were occasional pacing issues due to the conversational structure of the script which demanded very fast and perfectly timed dialogue. However, after the first couple of scenes the cast got into the rhythm of the show and did pick up the pace. Stand-outs include Antoine Cothier, who captured the audience’s attention whenever on-stage; Haseeb Asad, who was able to switch from physical comedy to naturalism with perfect ease; Olivia Adderley who kept the longer scenes engaging; Peter Houston whose still, dry comedy was a welcome break from some flamboyant scenes and Hala Heenan whose confidence on the stage shined throughout.

The lighting design and sound were quite basic throughout and there were a couple of pauses at the end of scenes before the blackout which held the pace of the show. However, when the lighting was used in an effective way, it added well to the comedic value of the play. The use of two white spotlights were to show the inner thoughts of a couple meeting for the first time. The lighting here was timed perfectly by technician Benjamin Etheridge and this was well appreciated by the audience who even applauded at the end. The use of sound also added comedy, with the recurring use of the ‘Wii theme’ to mark a certain character’s presence. When this was established, the audience heard the theme and waited eagerly for said character to enter.

Certain additions to the script were effective such as the Durham-centred jokes. I think the end was particularly inventive. All of the actors came on out of character to give support to a character who was having particular trouble on the dating scene. This was well executed and created a high energy finish.

Overall, the play achieved what it set out to be. It wasn’t the type of theatre which established in-depth characters and themes, but it enabled the audience to relax, sit back and enjoy. The whole production from start to finish was engaging and would not look out of place at a theatre festival.

Pick Ups is one not to miss if you’re looking for some light-hearted fun and entertaining theatre.