Review: A Night of Classical Theatre 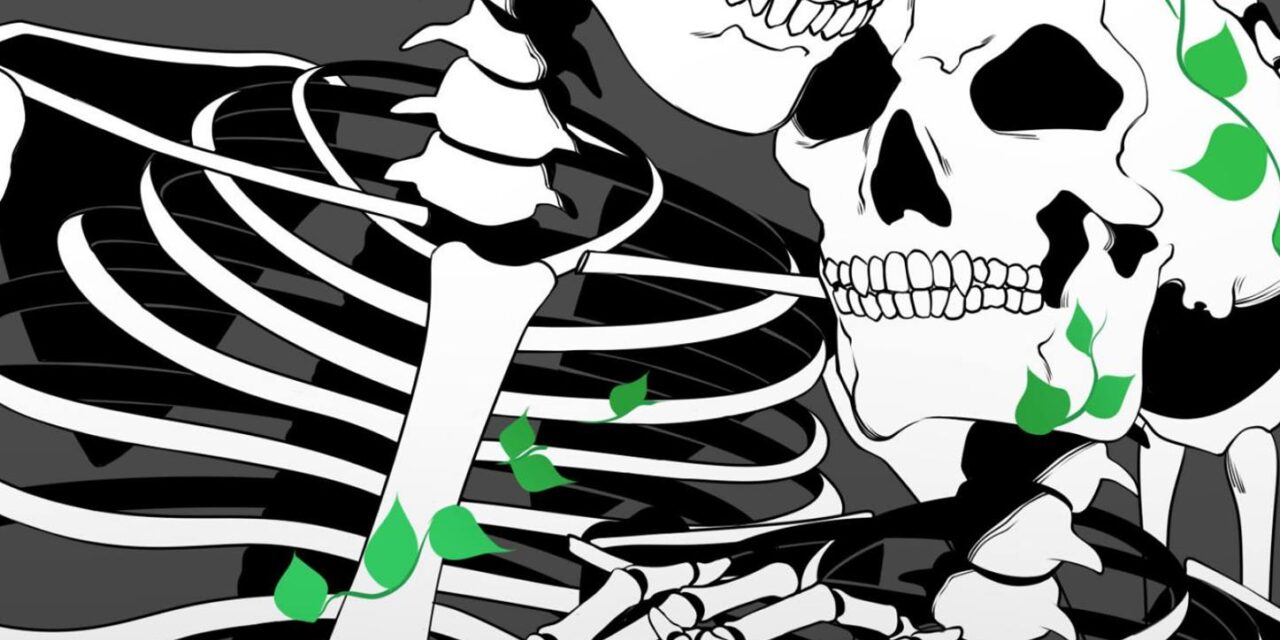 First up was The Lovers, an adaptation of A Midsummer Night’s Dream written and directed by Esalan Gates, which takes the main plot of Shakespeare’s comedy and zones in on the internal conflicts of its four highly-confused protagonists.

Charlie Howe immediately establishes his presence with a captivating opening monologue, portraying a Lysander who is both amazed and haunted by the world he has entered. He delivers his lines with exceptional naturalism, and is able to find much humour in his character. As Demetrius, Tom Pyle manages to be both odious and tender, at first dismissing Hermia’s affections with a condescending snarl, before later revealing his intentions to allow Hermia to have an affair with her lover, adding a unique dimension to a character that is often portrayed as singularly nasty. Pyle plays this nuance well, and wisely keeps his performance subdued.

The dialogue is commendable. Gates’ writing is at its best when it strives for naturalism; however, unfortunately, many of the play’s speeches feel awkwardly high-strung, as if attempting to emulate Shakespeare’s style. The play also requires its audience to be aware of the plot of A Midsummer Night’s Dream. The scenes in which Puck tricks the men with love potions, causing them to both to fall in love with Helena instead of Hermia, are removed, resulting in a narrative that is potentially difficult to follow.

In addition, the play could benefit from more interesting staging. It was an odd decision for the production team not to apply for a COVID restriction exemption, as surely this play more than most others would benefit from physical intimacy. Instead, the staging comes across as stilted at times.

Nevertheless, the play is continually elevated by its cast. Charlie Barnett is a skittish Hermia, bubbling with girlish excitement. Barnett is careful not to shy away from the character’s more unlikeable elements, born as she is into a world of absolute privilege. Her confrontation with Helena is particularly unpleasant, as she can barely contain her own sense of superiority as both the wealthier and more conventionally feminine of the two. Helena is played as a more androgynous figure, in jeans and a plaid shirt. While the character’s angrier moments appear at times to come out of nowhere, Adela Hernandez-Derbyshire does an excellent job of conveying Helena’s fear and insecurity when the two male lovers inexplicably turn their attention towards her.

The play ends abruptly, and I felt there was more that could be said: a psychological interrogation of these oft-ignored characters appeared to be on the cards, but was never expanded upon. Ultimately, The Lovers is a well-acted and well-written play, but one that could benefit from rethinking what it is trying to say. 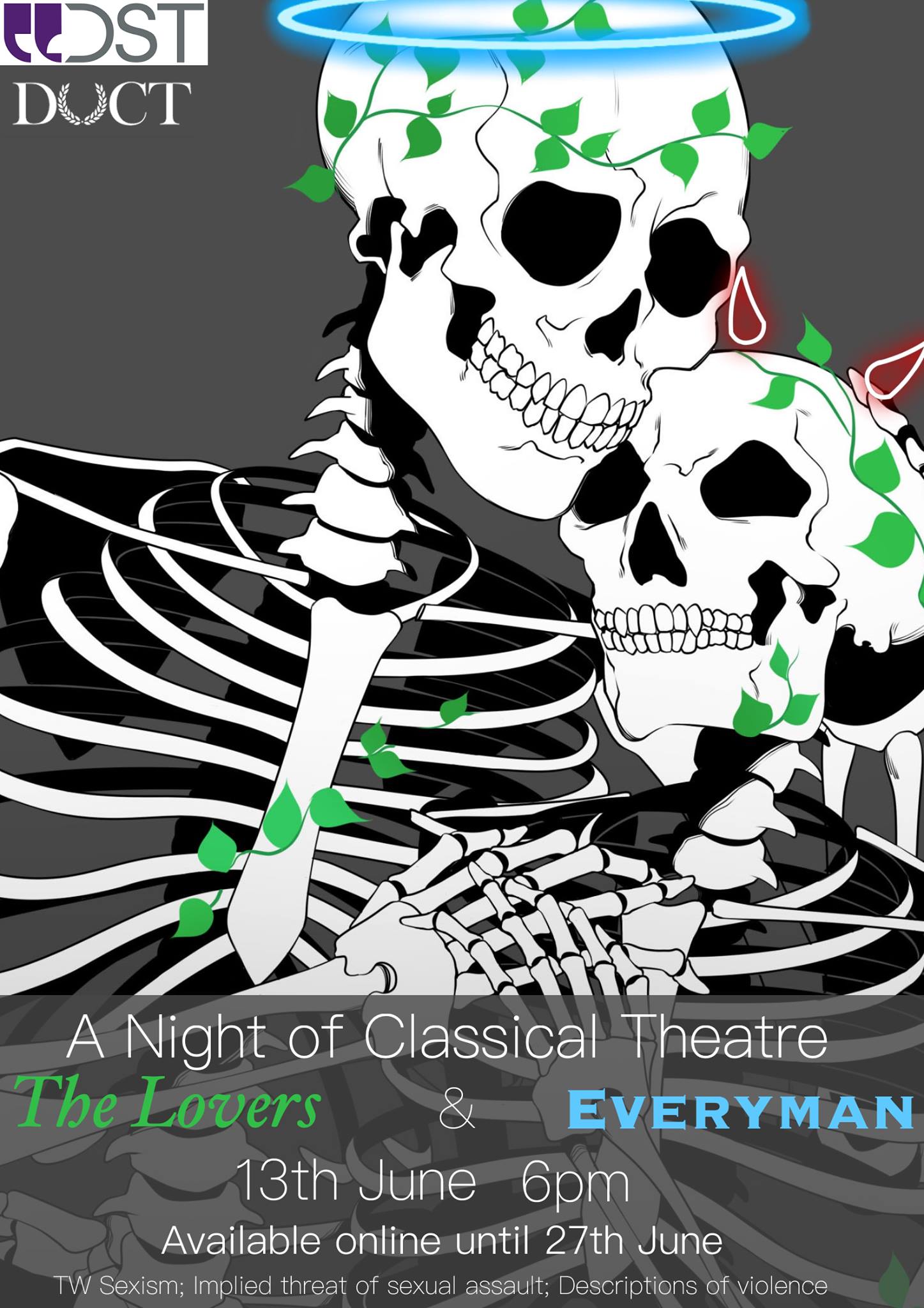 The second play of the evening was an adaptation of the Medieval morality play Everyman. Coincidentally the first text studied on the Durham English Literature syllabus, Everyman sees its titular hero confronted by Death, and told that he must go on a journey that will end in his demise. Throughout the play, Everyman is abandoned by his friends, family, worldly goods and bodily strength, and only finds comfort in his Good Deeds, before finally accepting his fate.

The text was adapted by Laura Wildgoose and Imogen Usherwood, who have rewritten the play for a modern time. It is here that many of this production’s problems lie, as the writers appear to have been uncertain whether to stay true to the archaic tone of the source material or embrace their new, modern setting. The result is uneven: high-flowing monologues filled with colourful metaphors and verse are paired with colloquial exchanges that seem patronising and desperate to appear modern.

This is most clear in the opening scene with Death: first appearing to the audience in a shadowy robe and delivering various metaphors about the nature of mortality, Death is presented as a harsh, timeless figure, someone to be feared and respected. Yet in the very next scene (and in the very same costume), Death suddenly becomes a bored office worker, flicking through a clipboard and groaning at the idea of doing paperwork. These two ideas do not mesh and serve to obliterate any stakes that had been previously established. The original text’s religious elements are scrapped but are not replaced with anything to give it secular relevance. The adaptation appears to be in dialogue with the original, but only those familiar with the source text will understand what it is intended.

There is merit to the writing – many of the jokes made me genuinely laugh out loud, in part thanks to excellent comedic timing from Robert Morrisey. A couple of visual gags referencing the cast’s inability to hand props to each other were also welcome, although the decision to have one character cough violently within spitting distance of the audience was highly uncomfortable.

The actors show commendable enthusiasm. The stand-out performance has to be Ben Johanson as Everyman: while he could have benefited from some clearer direction, Johanson believably portrays the confusion and betrayal Everyman experiences, bubbling with angst and bitterness while never coming across as forced. He manages to stay engaged in his character throughout the entire play, never leaving the stage. Isabelle Bruce and Tansy Adam multirole as several different characters and are clearly adept at characterisation. Each one of Everyman’s companions feels unique and funny in their own way, and they rarely overstay their welcome.

The lighting in both shows is slickly carried out and adds variety to the fairly static staging. I did wish that Everyman would be somewhat more adventurous in its staging; the play is so allegorical that it invites experimentation. With more precise direction, perhaps, and a reworking of the script, this production has the potential to transform from solid to remarkable.

Overall, however, especially paired with The Lovers in a double bill, you could do much worse if you want to watch some new takes on classical theatre.

A Night of Classical Theatre performed at the Assembly Rooms Theatre on 13th June. A recorded version is available until midnight on June 27th.