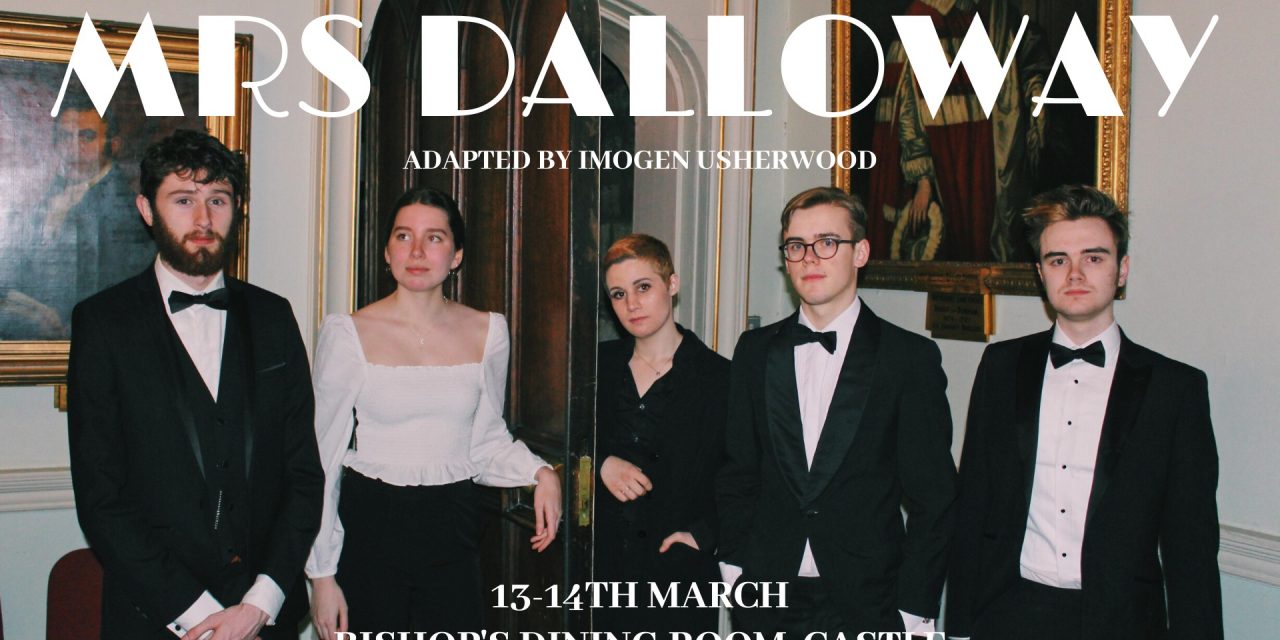 My only previous experience of Virginia Woolf’s celebrated novel was a single tortured night staring at SparkNotes. With this in mind, I entered wondering if a day-in-the-life story of a high society snob would make an entertaining play.

I should not have worried! Castle Theatre Company’s adaptation was undoubtedly more enjoyable than my last-minute SparkNotes panic. My attention did not drift for a moment of the play, and Adela Hernandez Derbyshire’s believable portrayal of the eponymous Clarissa Dalloway made snobbishness fabulous.

The limited space of the Bishop’s Dining Hall in Durham Castle was used beautifully. There was no off-stage area, but rather than being a handicap, this was used to great effect. Cast members who were not the primary focus of the scene provided background noise and occasional narration, without detracting from the main dialogue. Sitting so close to the action, I could see the emotion on the actors’ faces – Ned Vessey’s flashes of fear as Septimus Smith, notably – and there were snippets of monologue that truly felt directed at me. This was not a play that encouraged audience participation, but there was a moment when I wondered if Ned Vessey, playing a troubled war veteran, would jump into the front row. Thankfully, he did not.

Scene changes may at times have seemed abrupt – and the ending certainly was – but this was easy to overlook as ‘Mrs Dalloway’ is a story about personalities, not action. The six cast members were incredibly versatile; all but one played multiple characters.

Imogen Usherwood’s script successfully brings Woolf’s infamous stream-of-consciousness narrative off of the page. The actors’ ability to jump between past and present, reflection and action is probably the reason why this play was, for me, so much more engaging than the book. It is rare to find an adaptation better than the original, but this may well be one such example.

Mrs Dalloway will continue in the Bishop’s Dining Hall, University College, on 14th march at 8pm.