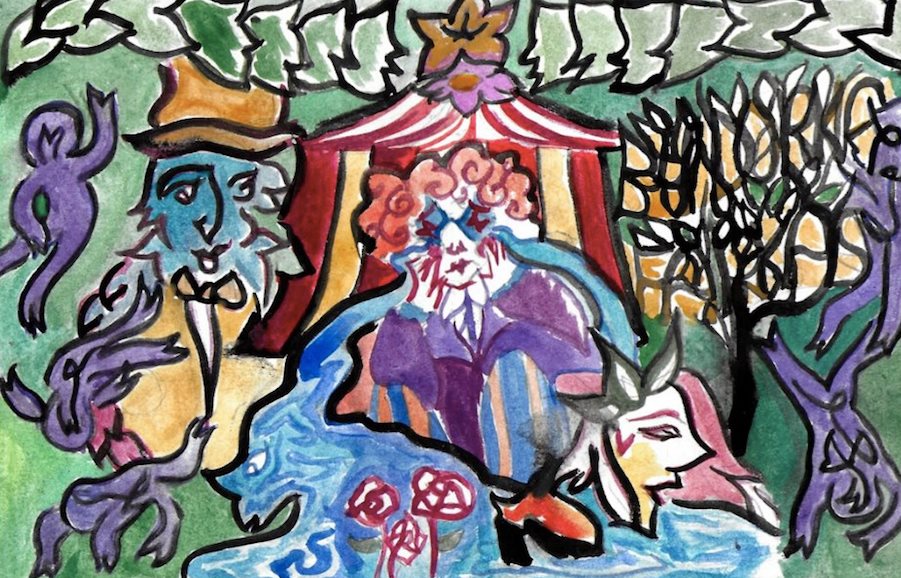 “Life is not always laughter.”

Lost Connections draws the audience into an unfamiliar world of the absurd, presenting an assortment of cultures and foreign languages through the notable diversity of the multinational cast that artfully elevates the overpowering notions of the strange and unknown. It is a showcase of Durham’s finest dance talent. Directed and choreographed by Dorottya Farkas, this spectacle is truly unlike anything that a DST audience has been treated to before. Utilising dance as the primary mode of story-telling, the characters are shaped and defined by their physicality, exploiting their movement as a tool of self-expression.

The miscellany of music holds the power to entirely transform the mood in the room. At times, the transitions in the play from scenes of hysterical fun to those honestly reflecting the individual struggles of characters are too abrupt and the audience certainly deserves a more gradual build-up to adjust and fully appreciate the shift. Yet, Farkas’ ability to present such a range in tone in such a short space of time is awe-inspiring.

The moments of humour are the strongest scenes in the play. Auguste Voulton’s ludicrous but heartwarming Clown first and foremost sparks great hilarity from the audience and his interactions with Leon Neubauer’s cheeky and sometimes completely nonsensical Clown add brilliant energy to the show. Together with the riotous sass and confidence of Aarnav Tewari-Sharma’s astounding Madame Sosostris, these examples of comedy are so distinctive from the dizzying sequences that expose the physical and emotional entrapment of the characters. Alana Mann’s depiction of the Clockwork Ballerina is raw and vulnerable. Her fragile movements that are unveiled on stage with a pause in the music juxtapose heavily with the excess and chaos of the previous scenes, captivating the audience.

Striking metaphorical language is interwoven throughout the play between the music and the movement; the words often as entrancing as the visions of dance. The beauty of Mann’s performance is enhanced by the mystifying poetry of Prerana Kumar, delivering a performance that is permeated by brutal desperation and transparent tenderness. Mann discloses how she is ‘a prisoner’ and ‘forever a cracked pawn that glistens’, prompting the audience to truly grasp how the play is, in fact, a journey to uncover the complexities of the human condition.

Injected with even more berserk energy, the second half of the show is a symbolic sensation. Exploiting lighting and sound on a grander scale to augment the frenzied atmosphere of the circus, this is when Nicholas “Sister Ray” Tansley shines. Sister Ray is an undoubtedly charismatic guide, directing the circus show from start to finish as a beguiling circus ringleader with marvellous extremity in facial and bodily expression, ranging from endearing to troublingly grotesque. The variety of modes of dance that they introduce to the stage are inspiring and mesmerising to watch. The contrast between Elias the Electric Dancer’s rigidity of movement, presenting himself as tortured and erratic, and Svetlana The Cursed Contortionist’s wild flexibility, twisting and tumbling her body across the stage with relentless vibrancy, is especially poignant.

Lost Connections is a play that makes us wonder if and when performance does truly end, with the metatheatrical aspects of the spectacle most fundamentally emphasising the show’s innovation and creativity. This captivating medium of dance theatre is so original and unusual in Durham and I certainly look forward to seeing more of it on stage in the future.