Sophie Wright is left slightly underwhelmed by this piece of new writing.

There isn’t enough respect given to new student writing, in whatever form it takes. DFoA has showcased some excellent examples, and in the Black Box two out of three shows are student creations. First Theatre Company’s Landing was written by two students – Bodhi Shribman-Dellmann and Barnabas Mercer – and was an exciting prospect to see. However, despite moments of comedic brilliance, it was overall awkward to watch. 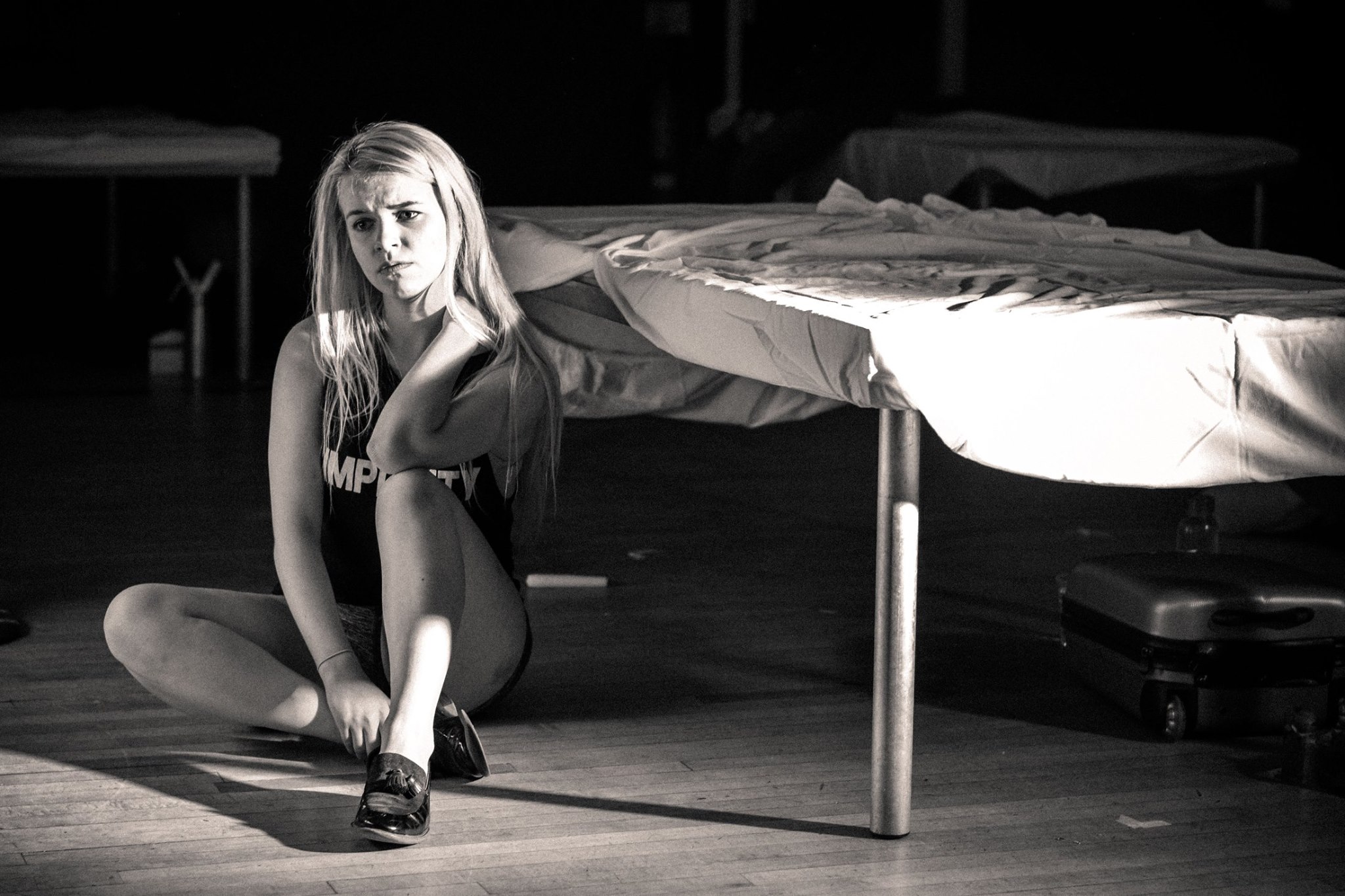 (I believe both writers are from Trevelyan, where rooms are centred not in corridors but hexagonal landings). Each is very different, fulfilling various stereotypes: the rich girl, the religious one, the peppy girl, the awkward weird one, and the confident drug-taker. Although executed with quite clunky dialogue, how they intersected was interesting. The differing personalities resulted in some entertaining relationships – Ezra and Ollie were absolutely my favourite. It did try to be funny, and there was some absolutely brilliant lines that made me laugh in surprise. However, I do feel that the audience may have lost a good portion of the attempted humour.

Unfortunately, there were numerous loose ends to the plot that were never resolved. Why was Luke so convinced he was bad? One punch didn’t have me convinced that he was a bad person. What happened to August and Sherry’s passive aggressive relationship? It felt like it was building to a confrontation that never occurred. I’m also a little disappointed that Ezra and Ollie didn’t end up together. I genuinely thought that was where Ezra’s erectile difficulties were headed, especially given his voiced difficulties with Sherry and Ollie’s later coming-out. Also, my biggest question: why was the unexpected occurrence of wax-play mentioned once in passing and then never again? To the credit of the writers, I did enjoy the structure of the play, with the mix of monologues and snapshot scenes that created the varied life of college living. Nonetheless, it felt like a half-finished script.

The cast did a commendable job with the script, however. What stood out to me was the relationship between Barnabas Mercer’s Ollie and Zac Tiplady’s Ezra. Tiplady created chemistry and ease with all he interacted with, which I really appreciated in such a strong ensemble piece, but the biggest payoff was Ezra’s interactions with Ollie. The moment after Ollie gets punched, for example, I was watching the interaction carrying on in the background. It was a charming dynamic watching Ezra’s confident façade soften in the face of Ollie’s persistent determination to bond. Even then, Mercer’s sobs didn’t feel convincing, and I felt the stereotype of the awkward kid was perhaps pushed too far in other scenes. Ted Goodman as Luke was endearing but a tad wooden, and I genuinely lost sections of his monologue to speedy delivery. Both Mille Blair (August) and Elle Morgan-Williams (Sherry) fit the slightly unnaturalistic tone of the play, and should be commended for having interesting and entertaining performances despite some awkward dialogue moments. Along with Tiplady, all three had some strangely executed sex scenes that I’m not entirely convinced by, but still maintained strong performances. 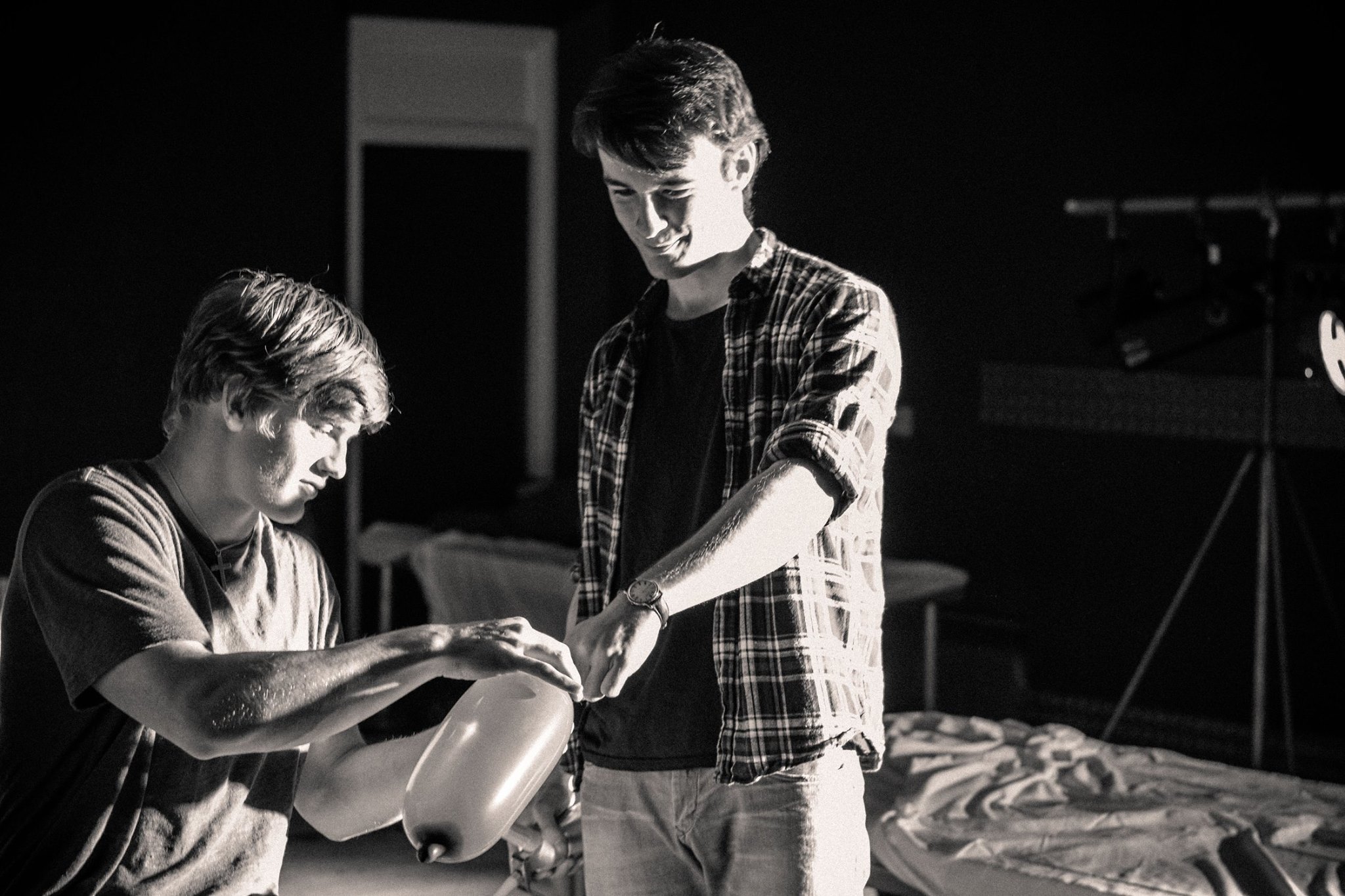 I love the fact that Landing was included in the Durham Festival of the Arts, but I’m not convinced by the choice of a black box venue. I loved the concept of the actors walking from bed to bed, and it did really feel like a communal space. However, it did have its drawbacks. Some of the scenes were cramped and awkwardly placed, in that I couldn’t see actors’ faces, or that they were occasionally hidden by the behemoth beds. Yet, producers Hamza Adam Rafique and Emma Dunford should be commended for their attention to detail. Some of the props – particularly the working gas canister – must have been difficult to source, and definitely added to the play. I believed the space was actually college accommodation, requiring very little suspension of belief.

Overall, I really liked the direction and achievements that Landing accomplished, and both the cast and crew should feel immensely proud of themselves. The script sadly appeared to limit the potential execution. Having said that, I wasn’t bored at any point. Landing was genuinely entertaining, and I recommend making a visit to watch it at the DSU.