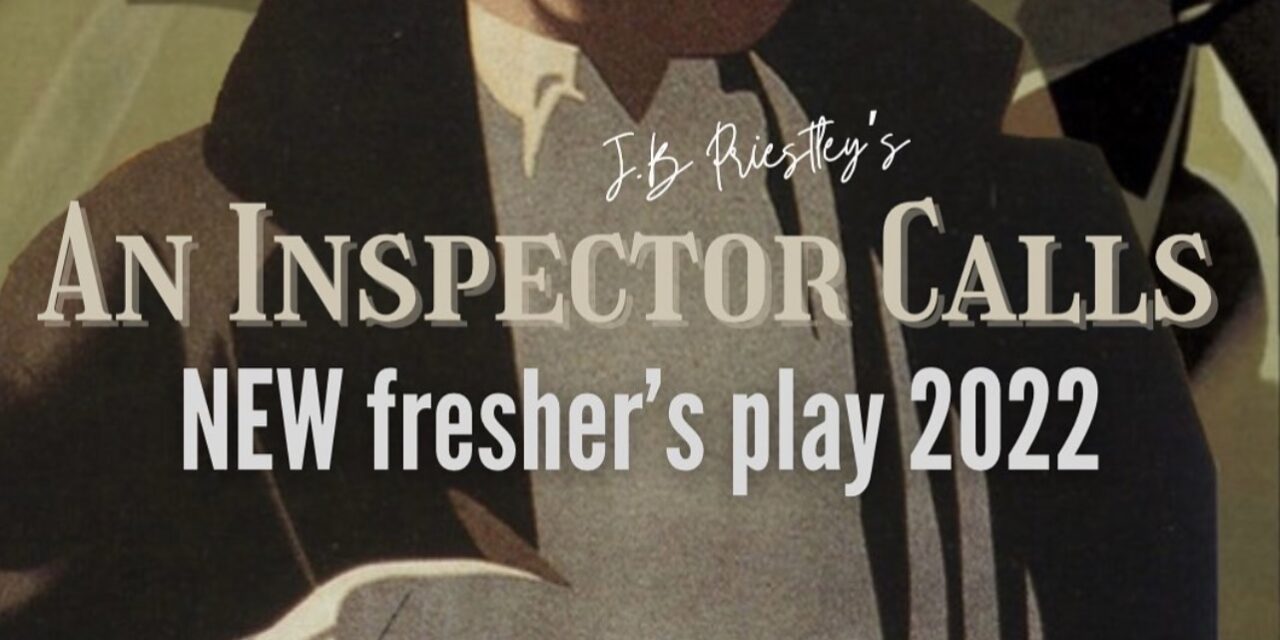 Perhaps one of the most famous and widely studied British plays, ‘An Inspector Calls’, offers a scathing insight into the world of the Edwardian social elite and the deadly impact of classism as encapsulated by the suicide of Eva Smith at the hands of the Birling family. When a cosy family celebration is interrupted by the mysterious Inspector Goole, the Birling’s are left reeling with the realisation that, despite their supposed manners and status, each member is responsible for the brutal death of a young and pregnant woman. However, despite some stand out performances and interesting lighting, Hild Bede Theatre’s production seemed a little clunky.

From the outset, the play, directed by Lily Jevons and assisted by Tallulah Johnson, seemed slightly rushed. Normally a perfect example of drawing room theatre, the set didn’t completely fit the wealth and status of the family. This was likely unavoidable taking place on a small stage within Hild Bede college but the mismatched chairs and glasses, piano seat side table and threadbare armchair seems a little incohesive and ill-fitting. Nonetheless, the cast moved around the set well and engaged with props until some mishaps in the final scene. I do feel the alcohol bottle could have been filled to make scenes that involved pouring and drinking feel less awkward but this is a very minor issue. The lighting rig was also clearly visible in front of the stage, again slightly spoiling the immersion into a comfortable Edwardian home but this was likely out of necessity. Despite this, the lighting was harsh and bright, perfectly capturing the Birlings under an intense spotlight as the Inspector calmly revealed their misdeeds whilst remaining slightly obscured in the shadows. I particularly liked the decision to have the Inspector wear a large dark hat keeping his eyes concealed until his famous speech when he finally stepped into the light effectively expressing his similarly forcing the Birlings into such light.

Robert Fizherbert was a brilliant Inspector, he was the perfect mix of calm and yet forceful. He remained eerily still with only some occasional pacing rendering him such an imposing figure, offsetting his neutral tone and totally commanding the stage. Similarly, Amelia Gore absolutely shone as Sheila. This was particularly clear when the wider cast all descended into giggles in the final and arguably most crucial scene of the play, Gore remained in character and delivered a stellar performance easily moving from a spoiled young woman into a picture of regret and remorse. Helen Porter as Eric seemed to struggle slightly with her lines needing a number of prompts from the director in the audience eventually leading to her breaking character and laughing which didn’t fit the serious and thoughtful themes of the play, however, she did recover well from this. Alice Lim was a solid Mr Birling. Perhaps one of the hardest characters to play, Lim did clearly portray his haughty arrogance and abrasive nature but did speak too quickly making it a little hard to hear all her lines and she did join the cast in laughing over the final reveal. Rose Garrett started as a very strong Gerald Croft however the play seemed to completely cut the majority of Gerald’s famous scenes with the Inspector and the returning of Sheila’s engagement ring – it was unclear if this was a deliberate choice to shorten the run time or if there was an accidental mishap. Garrett did break the fourth wall, speaking to the audience while laughing during the final scenes of the play which did feel very unnatural as it was during the phone call delivering the news from the infirmary that Eva Smith had just died. Anna West completed the cast as Mrs Birling, she brilliantly portrayed the slightly hysterical response of a stressed mother in the face of her family’s sins but again descended into laughter and forgot some pivotal lines. Fitzherbert and Gore remained exceptional and never failed to hold the stage and helped hold the cast together though.

The play had some brilliant performances and was mostly enjoyable. Perhaps it would have benefited from an extra week of rehearsal time to ensure the cast knew their lines and characters but overall, this production was a fair attempt at a brilliant play, and showed a lot of potential for all the first time creatives and actors involved.

Inspector Calls is performing at Caedmon Hall until the 21st January