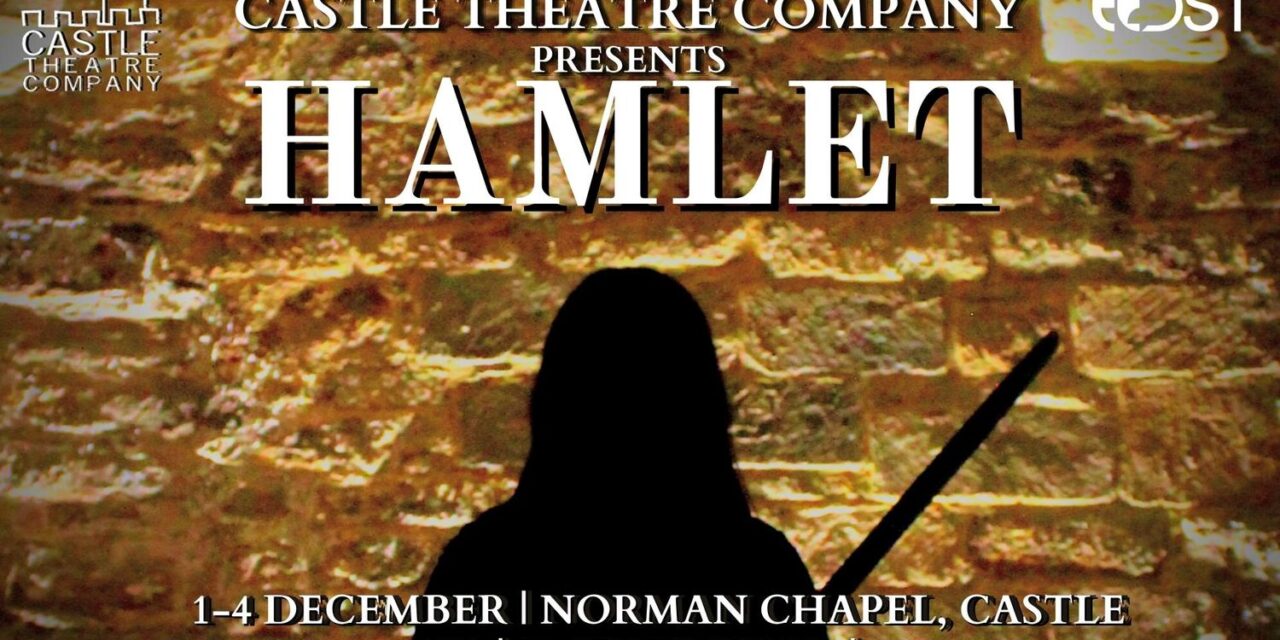 In the tail end of Michaelmas term, Castle theatre company offered a truly dynamic and intimate production of Shakespeare’s Hamlet. Directed by Niamh Kelliher, and staged in the historic Norman Chapel, the performance, while imbued with the sense of grandeur of the unique venue, delivered a revitalising take on the classic play.

Directing such a thematically loaded and culturally significant play as Hamlet is no easy task in its own right. However, knowing that one of the cast members had to miss the performance due to illness, this task sounds even more stressful and daunting. I must therefore commend Kelliher, who, with the help of her team (assistant director Maria Galimberti and co-producers Melissa Redman and Maggie Baring) not only delivered such an engaging production, but additionally managed to take on the last-minute role of Rosencrantz with absolute professionalism.

While the whole cast did an excellent job of portraying the play’s iconic characters, it only seems right to first give praise to Bhav Amar who delivered such a captivating and emotionally resonant portrayal of the titular prince from start to finish. Thanks to the chapel’s immersive and close layout, I felt privileged to have been able to see her eyes welling with tears as she spoke such iconic lines as ‘to be or not to be.’ Additionally, Amar’s use of body language throughout the play was utterly brilliant. Her erratic portrayal of Hamlet’s ‘madness’ combined with her commanding stage presence and voice truly showed that she gave thought to every movement and understood every line of this endlessly complex character.

I would also like to commend Daniel Vilela for his performance as Claudius (and also the Ghost), and Harriet Fraser who played Ophelia. I felt that both actors especially shone towards the end of the play, when they each commanded the room with their excellent line delivery and responsiveness. While Vilela portrayed the villainous king with an intensity accurate to the way Shakespeare wrote Claudius, Fraser equally brought a sensitivity and haunting vulnerability to the character of Ophelia which particularly resonated during her scene of ‘madness.’

Additionally, I would like to praise Rosa Tite-Ahern in her role as the enigmatic Gertrude, as I felt she understood how quietly complex the character can come across in the original text. Bella Chapman also managed to revitalise the character Polonius (re-fashioned into Polonia) with both gravitas and a sense of humour. Georgia Malkin too, gave a faithful performance of the reliable Horatio and I found that her delivery of ‘goodnight sweet prince’ at the end of the play was really moving. I also felt that Tom Corcoran did a great job portraying the aggression and directness of Laertes with an expert sense of control and physicality.

Working in such a restrictive environment as a 1000-year-old Norman chapel, it was likely challenging for the production team to make the lighting and atmosphere faithful to the source material. However, despite this, I noticed the way in which low lighting was used to signify Hamlet’s moments of internal reflection and felt that it was very effective in conveying the separation between thought and action.

Another thing which possibly posed a challenge to the play was the chapel’s slightly awkward and limiting ‘thrust’ layout. However, while some blocking decisions could have been better (for example, I would have liked to have seen the ghost appear from the opposite side of the room) overall I thought the confined space was managed well.

Cutting such an infamously long play down into just the key scenes, must have also been quite challenging. Although there were some moments where extra context may have been needed, I felt that the directorial team ultimately made the right choice in including some of the most memorable and resonant scenes of the play.

In summary, I would like to commend the cast and crew for providing such a unique and intimately engaging experience of Hamlet, and I eagerly look forward to seeing Castle theatre company’s next Norman Chapel production.

Hamlet is performing in the Norman Chapel, Castle College until 4th December