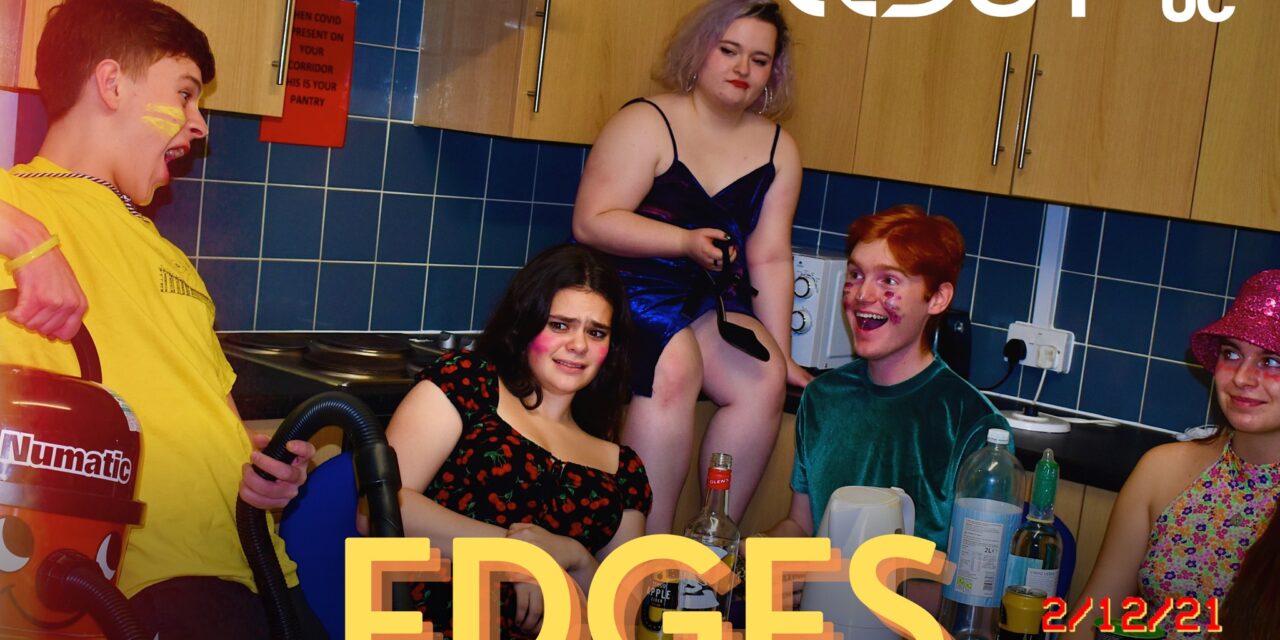 “a truly wonderful production which displayed depth as well as fun”

On Thursday night, Durham audiences were transported to the all-too-familiar world of university life in Tone Deaf Theatre Company’s production of ‘Edges’ by Pasek and Paul. This compact musical tells the stories of four university students in America attempting to navigate life and understand more about themselves and the world.

The set was brilliantly executed as levels were used to show audiences both an inside and outside setting in the show. The fact that there were three separate spaces on stage; the bedroom, the kitchen and the balcony, meant that three scenes were able to occur at the same time, contributing to the authentically rough and ready atmosphere of the show. I must commend the casting of this show by Co-Directors Amy Shelmerdine and Emily Wilson, as we were able to witness some of Durham’s finest vocal talents. All five performers simply excelled vocally and there were strong, sustained harmonies throughout. Will Drake attacked the role of ‘Man 1’ with wistful innocence while maintaining energy throughout the production. Nina Hayward exploded onto the stage during the opening number and her characterisation of the bubbly, yet frustrated Caitlin was a real treat. Archie Collins presented us with a hilarious and relatable ‘Man 2’. His commanding of the stage was truly excellent, with such a stage presence that all eyes were drawn to him, even in the group numbers.

Issey Dodd’s short but sweet appearance as Caitlin’s little sister Haley was exceptional and only left audiences wishing that she had been on stage longer, shining both vocally and in her acting. Ultimately, however, the standout of the production was the wonderful Olivia Jones’ whose skills as a singer are truly unmatched, this was made most obvious during her solos “Lying There” and “Man of My Dreams.” The contrast in tone of these songs additionally allowed Jones to display her range as an actor to the audience.

I would like to congratulate the directing team and musical directing team for a truly wonderful production which displayed depth as well as fun, although I believe that some of the comic moments of the show could have been left to sit a little longer with audiences to achieve this fully. The cyclical structure whereby the characters’ packed and unpacked events as bookends to the show was particularly enjoyable, and allowed us to follow the individual and collective growth of the characters.

Freya Hartley’s skills as a pianist were excellent, accompanied by the drums. The use of only two instruments was a positive choice as it meant that the band matched the quality of the vocals.

All in all, ‘Edges’ was a fresh and relatable production and a perfect choice for Tone Deaf Theatre Company.

‘Edges’ is playing at the Assembly Rooms Theatre 2nd-4th December