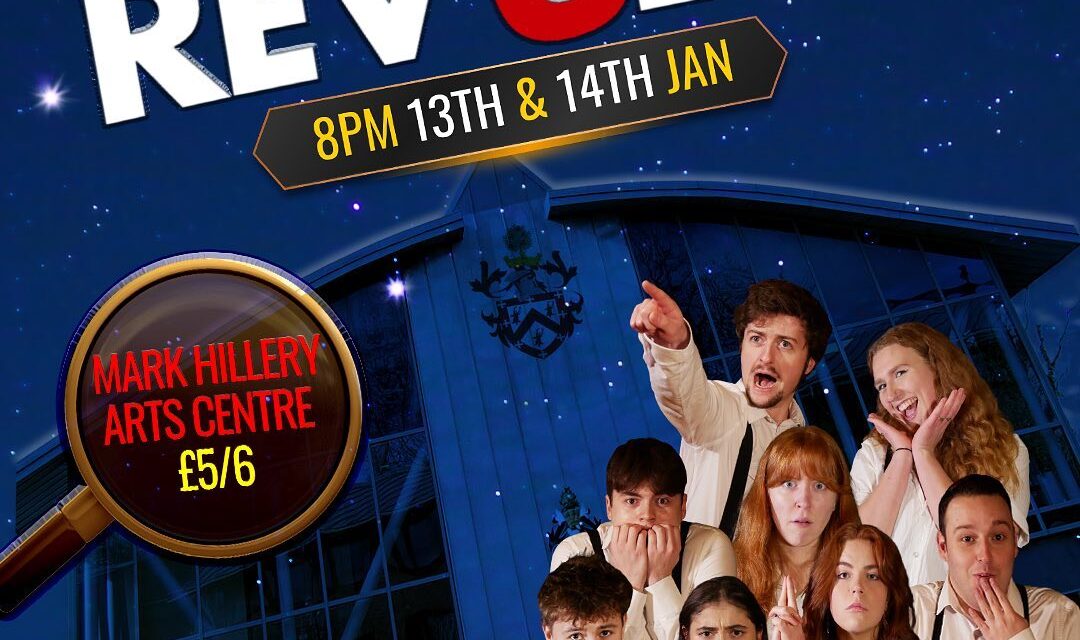 “If there are any criticisms I can give, it’s that my eyeliner smudged from laughing too hard”

If you want to start your year off with an evening of laughing until your sides hurt, then the Durham Revue’s ‘Reveudo’ is the show to see. The trek from town to the Mark Hillary theatre in Collingwood is certainly worth it: around an hour’s worth of short sketches, each more hilarious than the last, tied together through the premise of the troupe having come to perform for a rich lord in his mansion on his birthday.

The highlight of the show was a riveting rendition of ‘Old MacDonald Had a Farm’. A warning to any shy theatre-goers, there is audience participation. Leah Pinter was the charming mid-West ‘host’ of children’s story time, Darlene, wonderfully out of tune on the ukelele. Pinter excelled at getting the audience going, quick-witted in her responses to the volunteer which had us laughing until we were tearing up.

Marc Twinn and Teilo Rees make their debuts in comedy this weekend. Twinn is a ball of energy onstage, from his portrayal of Mary Poppins’ toothless charge Michael, to the earnest ‘detective’ Marc — with a ‘c’, he’ll have you know — investigating the ‘mysterious’ death of the 90-odd year old host. Rees is nothing short of talented. In one moment an eccentric and flamboyant man who has watched one too many Marie Kondo videos, and in another the mimic at his brother’s funeral, Rees expertly uses voice and body language to seamlessly switch between characters.

Henry Gwilliam, Tansy Adam, and Freya Reynolds make up the rest of the brilliant Durham Review troupe. Gwilliam is riotous — the audience loved his melodramatic houseplant portrayal, and even more so his Harold Godwinson in the absurd ‘William the Conker-er’ sketch. The ‘Peppa Pig’ sketch had Freya Reynolds playing the new nanny opposite Tansy Adam’s psychopathic and cannibalistic Peppa. The two work off each other with a fantastic chemistry that got many laughs from the audience

All in all, writers Teagan Booker and Jack Simmonds have created a fantastic performance that has been masterfully brought to life by a fantastic crew of comedians. Seeing the Durham Review for the first time, I had no clue what to expect, and was extremely impressed by the quality of the performance last night. If there are any criticisms I can give, it’s that my eyeliner smudged from laughing too hard.