Owen Sparkes is impressed by the launch of the Durham Drama Festival of new student writing. 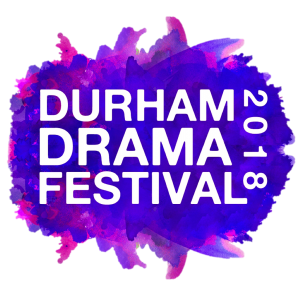 The Durham Drama Festival opened last night, to a packed Assembly Rooms Theatre and an evening of five student-conceived, and written, shows. Before delving into each, I must note how admirable the efforts of everyone involved was – anyone who has played any part in putting student writing on stage needs congratulation. It would be better, I think, to have recognised this in the Scratch Night itself; it was a shame that the lack of curtain calls for each small production meant that the cast and crew lacked the opportunity to be properly applauded. DDF is such a central part of Durham’s theatre line-up and it was excellent to be able to watch these extracts and smaller pieces ahead of the rest of the week.

Voices by Olivia Ballantine-Smith was an interesting take on loss, mourning, and mental health. At first unsure as to whether I was comfortable with the play’s depiction of schizophrenic tendencies, as the play went on it became clear that the method chosen suited it well. The play was very confident in itself and, although slow and clunky in places, the text did a good job of creating a set of well-defined characters. There were some shining moments of performance, particularly from D (Calum Maclean) and Chris (Aaron Rozanski), who for their part encouraged quite a successful level of emotional investment given the brevity of the piece. Ballantine-Smith showed a great potential for things to come.

Uday Duggal’s Death as a Salesman stole the show for me. It was an extract well-written and excellently-performed, which had the audience in fits of laughter from the outset, with one joke leaving us laughing for what seemed like an age. Duggal’s work was excellent, and I look forward to seeing what he creates in the future. The lighting and technical aspects were aptly used to depict what it would be like if Death (Marcus Dell) was fired by the corporate machine of the afterlife and replaced by a new – surprisingly musical – representative, Stan (Jake Hathaway) who visits Tony’s (George Tarling) advertisement agency for a new spin on dying. All actors did a phenomenal job of characterisation and met the demands of the high-paced play successfully.

Nick Chapman’s piece, Writing Left Handed, had an excellent premise and utilised some really beautiful language to put forward a story of a dissolving friendship and mental health. It showed promise of the wider play, however, I feel the extract perhaps did not show off the best we could have seen; two of the actors on stage had very few lines and I was left wondering what their purpose was. Additionally, the scene was so fast-paced that I missed a good few lines, unable to hear what was said. However, James (Barnaby Mercer) showed a very real and honest performance, and he portrayed a demanding role incredibly well. Chapman’s writing has real potential – I was itching to find out the rest of the play’s plot – and he should be proud of what he created.

An Unexpected Reunion by Charles Pipe was farcically funny. The writer clearly had a vision in mind and this was well executed by Rory McKinley and Matt Lloyd. It did have people laughing, and the unexpected blood pack was one of my favourite moments of the evening. However, it desperately needed some sharpening up: the use of props was in some cases detrimental to the show and, throughout the entire piece, I was left wondering why one of the actors came onstage to take his clothes off when the house lights were on. As a written piece Pipe’s work has potential, and although he should perhaps try to avoid some of clichés that were worked into his script, it is a premise that could be explored further.

Living Room Histories, directed by Marie Louise Wohrle, was something that cannot really be described in words. An improvised piece about Revolutionary France, it left me confused, slightly broken, and wondering what the obsession with parsnips was all about. The premise of basing a fantasy improvisation on audience participation seemed to go out the window when (I’m certain) nobody called out for ‘Eighteenth-Century France.’ The rest of the show was a romp; the cast certainly seemed to be enjoying themselves, and what they produced had the entire audience in stitches, taking up the mantle of participation well after that part of the improvisation had finished. Reliving it whilst writing this review is bringing up a lot of confusion again.

Overall, the Scratch Night was a success, with a series of varying, but overall enjoyable, productions. It set the week up well, and I look forward to what the rest of the 2018 Durham Drama Festival will bring.

Durham Drama Festival has kicked off! We will be bringing you nine student-written performances across this week. Keep an eye on the DST website and Facebook pages for more details.