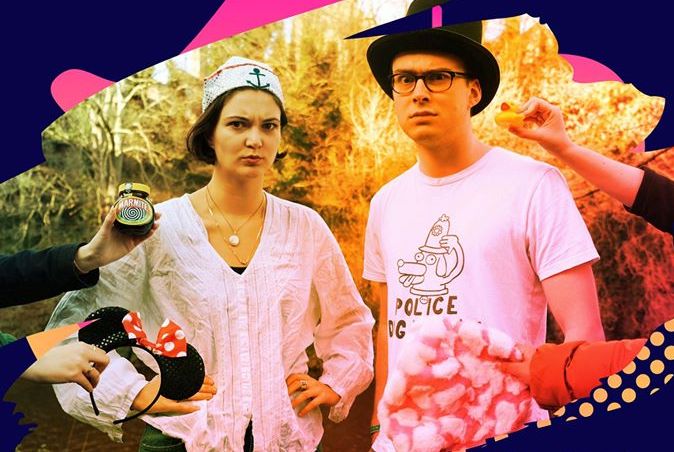 Isabella Thompson enjoys a night of raucous fun in the Assembly Rooms Theatre, for the inaugural DST Charity Fashion Show in association with Wellbeing at Centre Stage.

It is safe to say that (though words could not describe it), the DST fashion show was a night of fun, debauchery and a lot of capes. Directed by Francesca Haydon-White, held in the Assembly Rooms Theatre and utilising a full range of outfits from the DST costume stores, the fashion show had our very own Durham creatives perform multiple walks in a variety of themes, all to support the wonderful charity CALM (the Campaign Against Living Miserably).

Hosted by the two comperes Alex Comaish and Athena Tzallas, the night flowed in what I can only describe as organised chaos. This did, however, work with the tone set as soon as the pair began to interact, as the rather aloof Tzallas (clad in a new hat or two whenever she came on stage) was entertaining to watch, even more so in contrast to Comaish who had the demanding task of keeping things in control. The contrasting nature of the compare’s performances never failed to keep the audience on their toes, particularly with the audience participation (much to their horror). Though intimidating, their adventures into the crowd to set up blind dates or even retrieve punchlines was met with laughter and helped the show feel more relaxed and upbeat. Some issues regarding script and unanticipated improvisation were tackled with the compares’ sarcasm and wit and overall the duo hosted the show successfully. A stand out moment would have to be when Tzallas brought an audience member onstage to perform a quirky comedy scene followed by a dance, all the while Comaish (along with the audience) was standing in the corner with no idea as to what was happening.

The walks themselves never failed to put a smile on everyone’s face. With themes such as ‘whimsical’, ‘bridal and priestly’, ‘military’, ‘through the ages’ and many more, all set to foot-tapping tunes, the models were sassy, sexy and wonderfully silly. The fun interactions and dancing between the models on stage engaged the audience, and their confidence made the costumes all the more hilarious. It must be said that the garments lent to the show by Alex and Lucy from The Northern School of Art added the couture touch that the comparative DST costumes could not provide. Though transitions could have been more fluid (though this was mainly due to the difficulty of the Assembly Rooms’ stage stairs), the visuals were phenomenal. In particular, the models Kier Mulcahey, Iz McGrady and Jonny McCausland deserve a mention for their brilliant energy and stage presence. Mulcahey’s unwaveringly earnest performance, McGrady’s wonderful confidence and McCausland’s style were lapped up by the audience. Out of all the themes, the men’s only walk was a touching tribute to the charity in focus, reflecting the fact that suicide is the biggest killer of men under forty-five. The women’s walk, too, was empowering and among the most polished of the night.

The structure of the show worked well, with walks and compare introductions being intermitted with performances from a wide range of societies of the arts in Durham. The audience was treated to watching a monologue from the upcoming show The Babbling Barista Monologues (written by Natasha Ali and performed by Ella Al-Khalil Coyle), Foot Notes, stand-up comedian Serena Smart, a skit from the executive committee of Ooook! Productions and a routine by Mary’s Dance. The performances were all of a high standard, unique and professionally executed. In the first half, Ali’s monologue was very well written, with an energetic performance from Al-Khalil Coyle, and the Foot Notes were pitch perfect. The second half gave us the hilarious Smart (a welcomed relief of tension after an awkward blind date in the audience), the Ooook! Exec and a slick performance from Mary’s Dance, who set clean moves to well-loved musical theatre and pop tracks. In particular, Ooook!’s song was hysterical, and Matthew Redmond and Kier Mulcahey had wonderful chemistry and charm.

All in all, the DST fashion show provided the audience with a night of wacky entertainment. With the various factors of the show complimenting each other nicely, as well as the models working (as you would expect) together as a close ensemble, the hard work of Haydon-White payed off to do justice to such an important mental health charity. The on-stage Durham talent was unmistakable, and the show proved, to our delight, that acting and modelling are in fact mutually compatible.

To find out more about the fashion show charity, CALM, please click here.