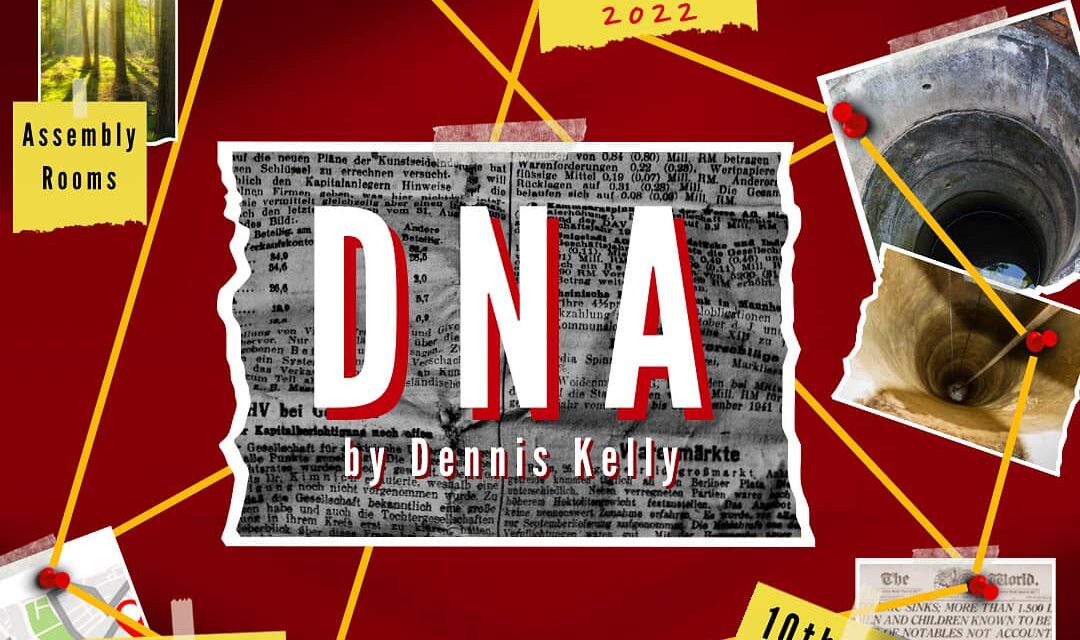 The Freshers’ Play DNA was an entertaining and promising debut for actors and creatives new to DST. The play follows a group of schoolchildren as their morality is tested after a bullying incident goes too far. Who will crack under the pressure? Who will take charge?

Taking place in Assembly Rooms Theatre, directors Abby Greenhalgh and Emily Hanks made excellent use of the space, as the audience is greeted with an interesting and intriguing set design.

In a rather large cast, the distinct characterizations were impressive and varied, each performer gave their character well-defined and clear idiosyncrasies. Alannah O’Hare gave an exceptionally entertaining performance as Beth, her physical comedy and impeccable comedic timing working well in some more serious scenes.

The scenes between the reticent Phil (William Bucknell) and the talkative and lovesick Leah (Isabel Bainbridge) were dynamic and often hilarious, with Bucknell managing to draw laughs from the audience without ever opening his mouth (other than to eat an array of food).  Bainbridge gave a lively and emotive performance, and the scenes between the two were ones I looked forward to. Even characters who did not get much time on stage managed to make their mark. Megan Shorey stands out as the character of Ava, giving a memorably deranged and traumatized performance. At times some cast members could perhaps be reminded to face the audience, and project their voices fully.

All of the production team and specifically set designers Adele Novak-Sandner and Anastasia Vlachopoulou should be commended for the high standard of the set, which was deliberately chaotic and interesting. The suspended tire, managed by fly op William Dixon, was an impressive detail that added dimension and intricacy, and the concept is not one I have seen used in a DST production before.

The atmospheric music was chosen to great effect, complimenting the performance perfectly by evoking intrigue and suspense. Rory Collins, James Duxbury, and Tim Millard did a good job ensuring the slick running of the lighting and sound, though I felt lighting could have been employed more creatively to elicit a more daunting atmosphere to suit some of the darker moments. Overall, the collaboration of the production team and the cast created a smooth and professional production.

Seamlessly executed and an enjoyable watch, it is clear some new and incredibly talented faces are entering DST, and I am personally excited to see more from both the cast and production team.