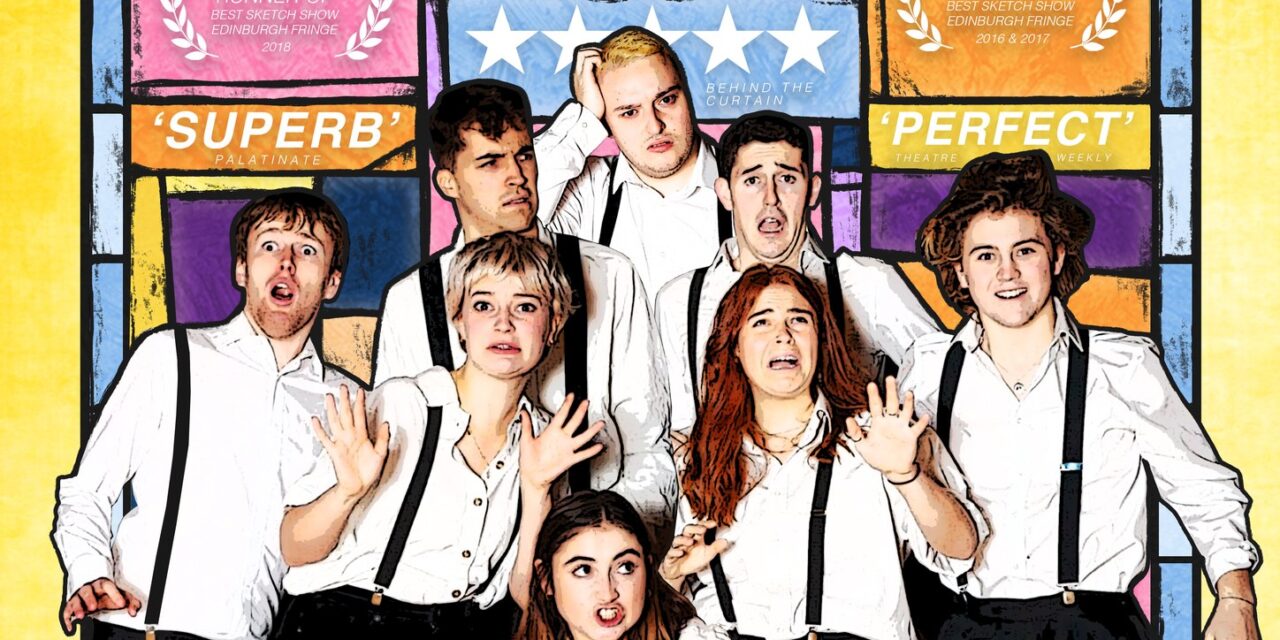 Deja Revue is an ebullient, smart and endlessly entertaining show that showcased its fantastically gifted troupe at their best.

I previously reviewed the show as part of the Comedy fest and watching it again was just as joyous. The sleek and seamless way the show flows is impeccable. I love how the transitional songs encapsulated the previous sketch and the energy the troupe has even in those transitions is impressive. Many of my previously loved sketches returned, though I appreciated the streamlining of some, extension of others and a new sketch that bowled me over. That characteristic verve and buoyancy of the troupe was tempered with a touch of emotion. This was the last show for some of these incredibly talented performers and it felt like they were highlighted at their absolute best. That sheer sense of love and camaraderie amongst the group was evident to everyone in the room. This is a group that clearly trusts one another and gels together into one seamless laugh machine.

That professional polish from the first show has been elevated even more, with the material evidently becoming second nature at this point. For me, that allowed for a touch more flexibility and the moments of audience interaction & improvisation were inspired. Shout out to James from the audience for creating such a special moment when he was forced onstage. Even the troupe themselves occasionally broke at the sheer hilarity and unscripted moments in sketches. This was a farewell and a celebration. The moments where even the cast couldn’t contain their laughs showed how comfortable an environment the show was. It was a true celebration of the talent and commitment of the troupe, allowing them all to shine and have their moments in the sun. Right from those introductions, it felt like you could sit back and trust that you were in for a night of top-notch comedy. They created a fantastic atmosphere that always tipped its hat knowingly at the audience. Every punchline you expected was there, but also plenty of subversions and winks at expectations of the genre.

This troupe excels at the sheer ridiculousness of these scenarios. They’re all surreally perspicacious, placing recognisable characters from fiction or life in scenarios that shouldn’t work, but they just do. Point in case – Mario as a driving instructor. This sketch was exceptional, moving us from light-hearted recognition to an incredibly dark but evilly side-splitting ending. These are sketches that take the hilarious concept, but also ensure to take it a step beyond and push the envelope slightly more. Every aspect of stagecraft is used to perfect effect. Lighting turns mundane moments into epic dramatic monologues, while sound compliments every sketch. Comedy often relies on the aesthetic and the physical, mirroring the visual gag with the scripted lines. This troupe excels in those overexaggerated uses of physical humour, making a tiny gesture bring a big laugh. Accents and impressions are also a fun aspect of their wheelhouse, often caricaturist to further the absurdist nature of the sketches. All of this emphasises how the entire troupe pushes the humour out of unexpected and commonplace occurrences. They are such a talented bunch, from the writing to the tech and of course, the performances themselves.

Deja Revue proves once again why a Durham Revue show is a must-see. They just blow it out of the water every time, but tonight’s celebration of their craft and hard work elevated this show so much. That blend of bizarre comedic genius with surprisingly emotional moments just works so perfectly.