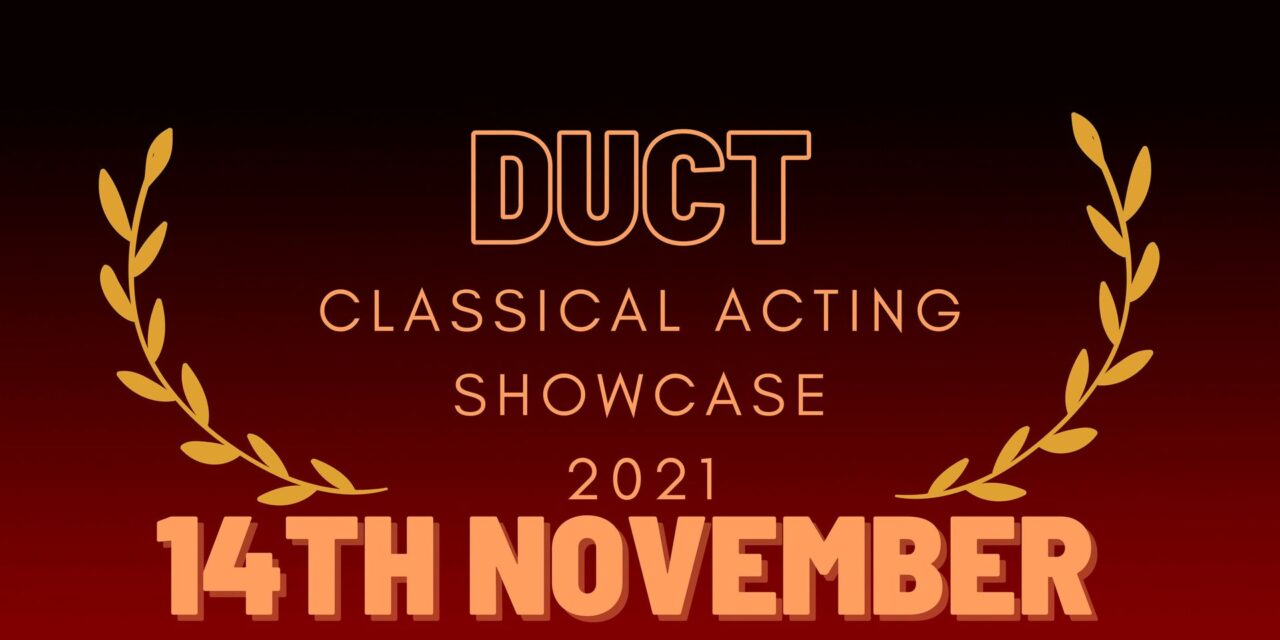 An annual tradition, the DUCT Classical Acting Showcase allows some of Durham’s best classical actors to perform monologues in front of an audience of judges. Directed by the talented Freya Williams, the showcase was a perfect example of the experience and grandeur of what Durham talent has to offer.

Opening the show, Louise Coggrave performed both her pieces with the perfect stony face, a highly impressive look of utter fury. Her diction was faultless, and particularly her second piece demonstrated a breath control that allowed her to deliver her powerful lines with a sense of fluidity. Whilst there was not significant character variation showed across both monologues, the measure and desperation with which she portrayed both Queen Margaret and Antigone in her pieces left the audience in stunned silence, and compensated for the similarity of both character pieces.

Following this, Kit Redding’s more modern approach to Benedick and Romeo in his two pieces was a firm favourite of mine. His casual and relaxed demeanour makes him appear at ease on stage, which contrasted his more emotionally tortured portrayal of Romeo in his second piece. Redding plays well with speed and tone, creating a captivating performance. I’d be surprised not to see him play one of Shakespeare’s comic characters, or even male protagonists, again in the future.

Again a complete contrast, Giorgia Laird’s vulnerable first piece demonstrates how her emotion onstage is encapsulating. By contrast, the excitement of her portrayal of the naïve and lovestruck Juliet proves her range of abilities. Her well-rehearsed and measured pace, keeping perfectly with the meter, meant Laird delivered the lines with a professional and mature skill.

Hidayat Malik, depicting both the mad and the comic in juxtaposition to Laird’s emotional pieces, seems to have perfected the art of the maniacal grin. Although at times his lines were rushed and acting overly dramatized, his pretentious drawl and comfort on stage made his pieces highly entertaining to watch.

In Charlie Culley’s first piece as Hermione from A Winter’s Tale, she demonstrated clear emotional torment, albeit with little variation in tone and speed. Whilst impressive, Culley is clearly made to play cunning, manipulative female characters. Her interpretation of Dionysus was equal parts funny, terrifying and absolutely captivating. An absolute stand-out performance of the show, the audience were left unsure how to feel, if slightly on edge.

Etienne Currah, playing both Dorian Grey and Byron’s Sardanapalus, succeeded in bringing an element of pretentious male character to the show. The anger in his second piece potentially lacked the emotional depth of his first piece, however, yet his overall stage presence combined with ambitious choice of monologues shows Currah to be an aspiring and remarkable actor.

Finally, we have the winner of the showcase: Jack Coombs. His performances of Shakespeare’s Richard II and Chekov’s Trigorin in The Seagull were stand-out performances in the show, and engendered the most audience reaction. Coomb’s emotional range and depth on stage is astounding, and the audience struggled to take their eyes off him. Capturing fury, derision and pain in a single look, Coombs is one to watch.

Overall, the showcase presented seven highly impressive classical actors, and was a night not to miss. I have no doubt this is not the last we have to see of Durham’s finest.