Olivia Bevan was impressed by the finalists of DUCT’s annual Classical Acting Competition. 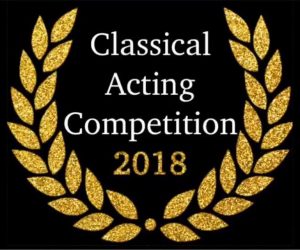 DUCT’s Annual Classical Acting Competition returned a second time for 2018, where a small group of seven hand-picked actors competed for the accolade of ‘Best Classical Acting Performance 2018’, in an evening that showcased the fantastic classical talent here in Durham.

The showcase commenced with a welcome and introduction from the evening’s host, George Ellis, who introduced each finalist throughout the night and gave the audience some context about their performance, whilst occasionally providing some comic relief in between the often sombre and serious pieces.

The choice of Hatfield Chapel for the venue was in my opinion an excellent one, as it provided an intimate atmosphere which complemented the nature of the showcase, as the seating offered the audience an up close and personal interaction with the actors. The finalists in question used this space to their advantage, some of them taking the opportunity to explore the stage area and come right up to the audience in their performances.

After all of the finalists had performed, there was a brief interlude in which the audience waited in anticipation as the judges counted the scores they had given to each actor. The two guest judges in question were Dr Patrick Gray, who is an Assistant Professor within the English Department and the Northern Bridge Subject Area Academic Contact for Drama and Theatre Studies at the University, and  Kishore Thiagarajan-Walker, the winner of last year’s Classical Acting Competition in 2017 and current DUCT Vice-President. Such a well performed selection of monologues proved difficult to judge due to their overall high standard, but ultimately the judges came to the conclusion of third place to Madeleine Lock, second place to Joseph Pape and first place to Harry Scholes, who was awarded the DUCT Classical Acting Competition shield. The judges not only presented their feedback to the finalists in front of the audience, but after the evening concluded each actor was given a feedback card from each judge. I was highly impressed by this level of feedback and just how constructive the showcase had been for the theatrical development of those who took part.

Across the board, every single finalist gave a powerful and imaginative performance, bringing new life and passion to Classical works that are over one hundred years old and have long been established in the minds of audiences and actors alike. Each finalist proved themselves to be a skilled performer and they should all be very proud of what they have accomplished.

As for the organisers of the CAC, from George Ellis’s confident hosting to the slick and effective lighting coordinated by the tech team, they should each be applauded for providing and executing this wonderful new platform for Durham students to compete whilst simultaneously improving their acting skills, thanks to the constructive feedback given by the judges.

To conclude, the CAC was a marvellously successful evening that proved to be both entertaining and enriching for all those present and I very much hope that the competition stays around for many years to come.