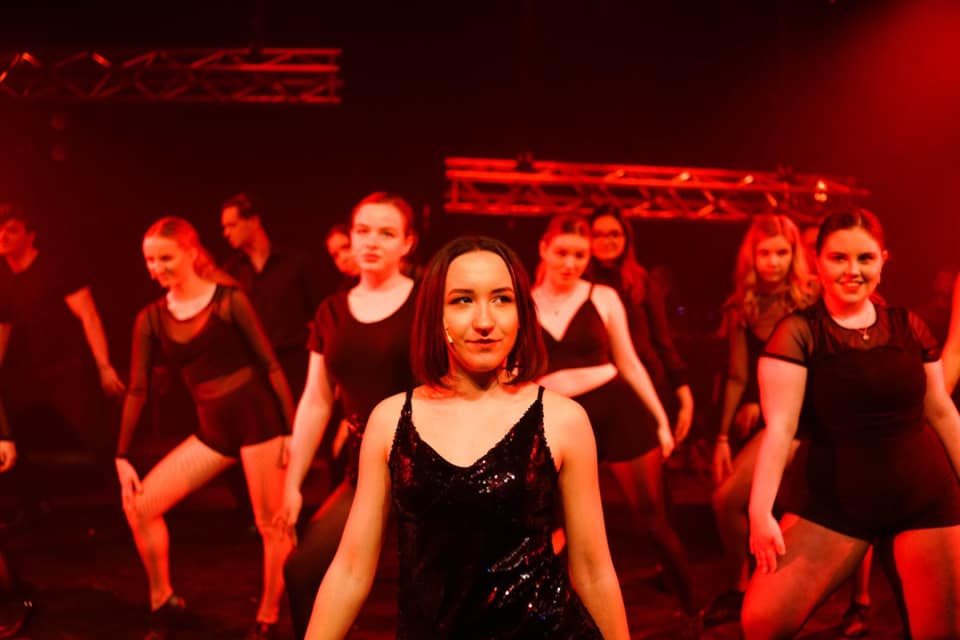 Oscar Duffy is thoroughly entertained by the Collingwood Woodplayers’ production of the classic musical Chicago.

Chicago is a hugely successful musical, stylish and sophisticated –  songs like ‘Cell Block Tango’, ‘All that Jazz’ as well as plenty of others have become favourites of variety shows worldwide and have cemented the musical as one of the best of all time. Thus, putting on a student production is undeniably tough and will inevitably involve high expectations. Pleasingly, Director Lowri Mathias has captured the instantly recognisable mood, utilising a sophisticated cast and dazzling production design to bring it to life.

Walking into Collingwood’s Mark Hillery Arts Centre was in itself an experience. The lighting design is immediately intense and drenched in red. The band are in full view, behind a translucent sheet and immersed in smoke. The audience are placed in an intimate setting, and once the cast come on stage, dressed in Fosse’s signature black costuming, it is clear that the Woodplayers have struck stylistic gold.

The lights, sets, costumes and sound continue to be a highlight throughout the show. In a particularly inspired moment, the curtain at the back becomes a canvas for the shadow of Emily Bates’ Miss Sunshine. It’s one of the many aesthetic choices that elevate the show above a typical piece of student theatre. The production team should really be commended for consistently making sophisticated decisions, something that can be extended to directorial choices and the choreography.

The dance sequences are slick and precise, making good use of space for such a big ensemble in a relatively small venue. The  use of chairs in ‘Cell Block Tango’ could have easily been messy but Lauren Williams has shown restraint in her choreography, favouring simplicity over excessively complex material.

Of course, the talented cast bring those sequences to life, and without them, good choreography wouldn’t matter. Tamsin Matthewman is particularly impressive in her solo numbers, and overall, her performance as the standout character Velma is dynamic and energetic. In fact, the principal cast headed by Mia Singleton’s Roxie and Ben Osland’s Billy are stellar. Admittedly, the characters are a little broad by design, but the performers embrace the camp and give indefatigable performances, effectively carrying many of the scenes.

Unfortunately, they are occasionally let down by a clumsy ensemble. In fairness, there are many numbers where the chorus elevate the show, but their success varies from person to person. In group numbers, there was some hesitancy in the dancing, distracting the audience from the otherwise sophisticated performing of the main cast. Also, the inconsistency regarding the quality of American accents is occasionally jarring. Amber Zijlma has a powerhouse voice, and fabulously acted her scenes as Mama Morton, her accent was sometimes a little shaky.

Yet, in all, these are relatively minor complaints in what is otherwise a fabulously put togetherproduction. With relatively few technical issues on the opening night, the show is professional, slick and enjoyable. It boasts mostly fantastic performances and exceptional work from the rest of the production team, with special mention going to Lighting Designer Peter Noble, as well as Technical Director Mel Chan. Of the musicals released in Durham, this is one of the most successful in a while.