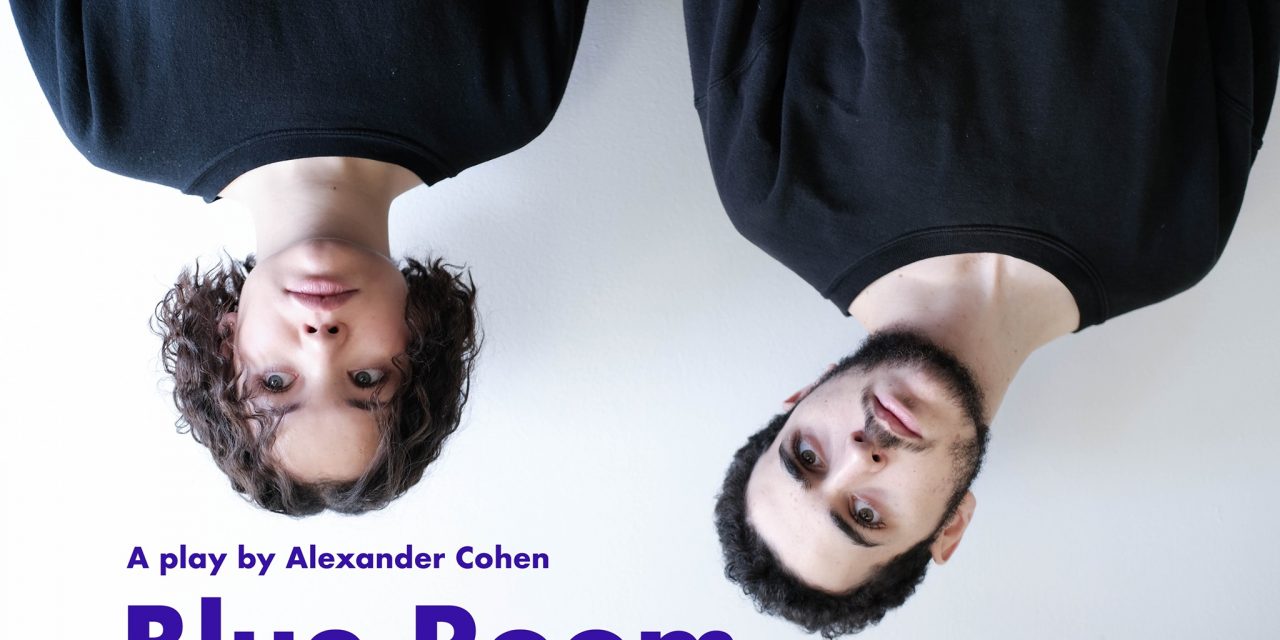 Elliot Rodger is an interesting case of how first world problems can bubble up to the extreme. It’s too easy to laugh at him: a boy who plots a massacre-suicide because he can’t get laid. Tragic.

But he did kill seven people, including himself. And even though attention is exactly what he’d want, that can’t be ignored. Alexander Cohen’s ‘Blue Room’ attempts to tell a story of the lead up to ‘The Day of Retribution’, AKA the 2014 Isla Vista massacre.

Hilde Bede Chapel is a solid venue for the show. There’s a chilly, dead open atmosphere about it. As you’d expect, blue lights fill the stage and mirrors surrounding the two actors create a claustrophobic vibe.

Elliot (Or M) is played by an actress speaking in the second person. A lot of Rodger’s thoughts and actions were because of his deep-rooted hatred of women. He seemed to think having sex would equal happiness, that he was ‘the perfect gentlemen’ and it was women’s fault for not appreciating him. It was women’s fault that he was lonely. So, having someone female playing him could have created an interesting dynamic. While it does show how ridiculous his philosophy was, I feel like more could have been done with the idea. Cohen himself is on stage throughout, in a dress and make up, pitching in random lines every now and again. I don’t think he was needed, and it would have worked much better as a purely one woman show.

Because gender aside, Ariana Van Biljon is an intoxicating actress. Despite the fact she stays seated for the majority of the play her expressive face and clear, concise voice takes you through Elliot’s life beautifully. She makes you feel sorry for a selfish person who clearly didn’t have an empathic bone in his body. She makes you feel sorry for a guy who felt sorry for himself, and she keeps you invested to a point where I barely noticed an hour had gone by.

The fact she stays sat down nearly all of the time is a problem though. Having minimal staging can work. But this was so minimal that it almost felt like I was listening to an audiobook at times rather than watching a show. When you have a stage, you need to use it. And Cohen didn’t.

As someone who’s skimmed painfully through ‘My Twisted World’ (Rodger’s 150ish page rant recounting his entire life), I can happily say this play is a much better written, more condensed and engaging version of everything Elliot was trying to say. So, if you have any interest at all in him as a person or the incel culture in general, I’d recommend Blue Room. Cohen has picked out and presented enough about the psyche of Rodgers to help people understand the dangers of silence and loneliness and rejection. And how crazy that can ultimately make someone. I just wish he’d gone more into the actual events of the massacre or criticised the sexist thought process instead of just recounting the guys life from start to unfortunate end.

It’s funny, if Elliot had gotten laid before the massacre, he might have realised that it’s not what makes you happy. It comes with its own collection of horrors – and not having sex isn’t what makes you depressed. It’s not having love.