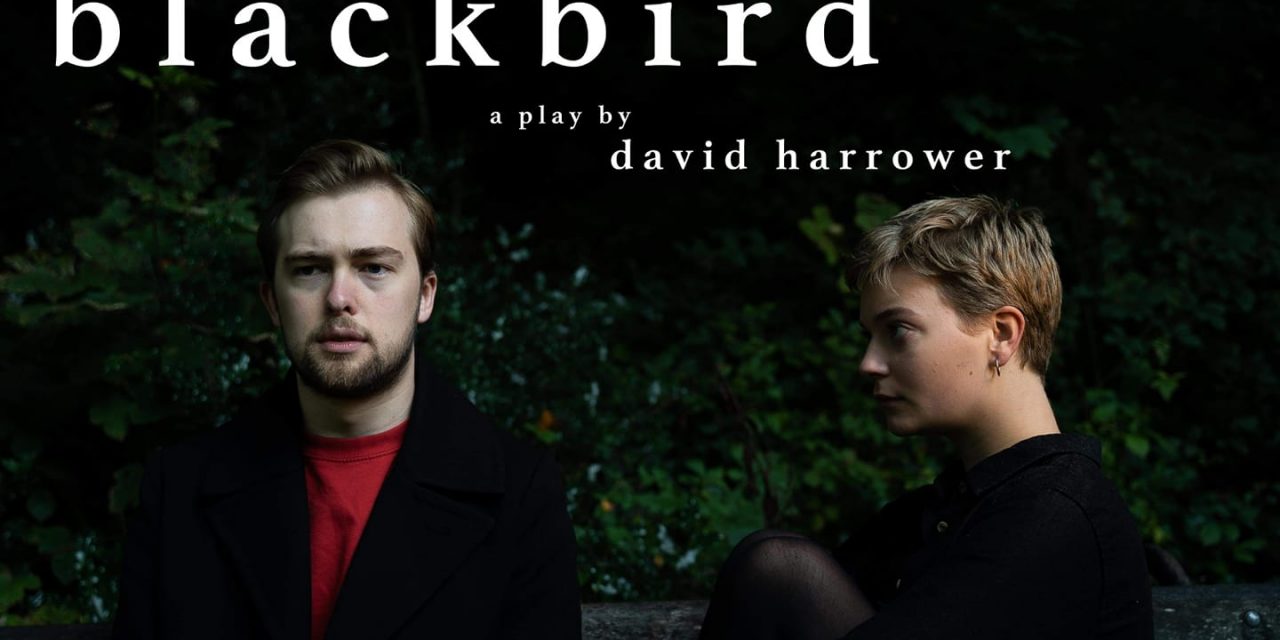 Molly Kavanagh is compelled by the tightly-knit tension and emotional complexity of Suffragette Theatre Company’s Blackbird.

Fifteen years ago, Ray and Una had a relationship. He was 40. She was 12. Now she has found him again.

This brutally honest, unsettling play written by David Harrower is a triumph from first-time director John Duffett and Suffragette Theatre Company. In the show, there is no place for the audience to hide; it confronts head-on of the effects of sexual assault in a harrowingly intimate struggle between two emotionally damaged people who believed they were in love.
The trigger warning cannot be reiterated enough: this play graphicly describes sexual assault, rape, child abuse and emotional manipulation.

The play was well-paced, with highs and lows of tension perfectly executed: the explosive arguments were never overdone while the calmer lulls did not drag – a hard balance to find. It did, however, take a little while for the play to get going. The subtlety of the direction was incredibly effective and really built the tension between the characters. I thought Duffett, and his AD Charlie Barnett, adapted brilliantly to the challenges of pandemic theatre and used the 2-metre social distancing completely to their advantage. The space between the actors had its own energy, meaning the smallest movement had a profound effect on the mood of the scene.

As Ray, Ben Willow’s physicality established well the uncomfortable age difference between the characters through the tension he carried within him, particularly as he awkwardly moved up and down from his chair. The delivery of some of his lines was a little fast, meaning I couldn’t always catch every word, especially at the start of the show, but he appeared to ease into it as the play progressed. During the higher-energy conflicts, his movements were as perfectly sporadic as the rubbish laying on the office floor; pacing and shaking with frustration, his delivery was through gritted teeth. He had a tendency to shuffle when standing, which was distracting on occasion, and I would have liked him to plant himself more. His impressive acting abilities shone most in the calmer moments of the play: these glimpses into Ray’s character drew an audience in with such honesty that it made the viewer feel guilty when they began to pity him. He delivered every manipulative line so truthfully and understood every aspect of the complex character. Overall, he was a joy to watch, his visible discomfort when asked to confront his actions struck a perfect balance as he tried to justify his behaviour and overcome his shame.

Daisy Hargreaves as Una was nothing short of incredible. She commanded every scene. The way she paced her delivery made it impossible to look away, and her use of pause was perfectly controlled. I felt she could have committed more to some of the more childish moments – for example, as she played with the rubbish – to really add to the discomfort of the situation and show the nuances of her circumstances, being a survivor of child abuse. However, this took nothing away from her performance as a whole. While her monologues were completely enthralling, what struck me most was her talent when she wasn’t speaking. Watching her character struggle with what she was experiencing was powerfully sincere and, particularly at the end of the play, truly heart-wrenching.

The play adapted well to being filmed; however, there were very few angle changes, so when the angle did change, it felt very abrupt and perhaps a little off-putting. I think this is something to be said of filmed theatre as a whole: as theatre-goers we are used to being able to choose where on the stage we would like to look. I did miss being able to see the actors’ responses to what the other was saying during the closeups in the longer monologues, and felt maybe filming entirely end-on, or using a split-screen during these moments would have been more effective.

I was apprehensive about the prospect of filmed theatre this year, but any worries I had have been completely shattered by this emotionally harrowing production from Suffragette Theatre Company. This show has been seven months in the making, and both cast and crew have adapted perfectly to every challenge posed by the pandemic to create a raw, powerful piece of theatre.

If you are affected by any of the themes in this play or want to find out more visit The Survivor’s Trust website (thesurvivorstrust.org) and their helpline: 08088 010818.

The pre-recorded performance of Suffragette Theatre Company’s Blackbird will be available to stream online until the end of Saturday 24th October. Tickets are available to purchase on the DST website. 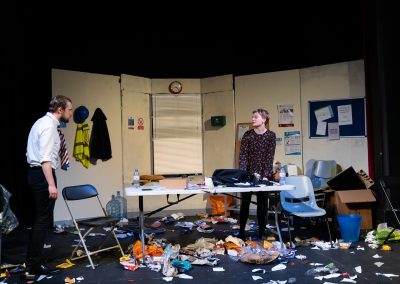 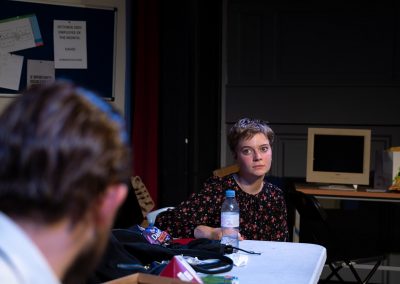 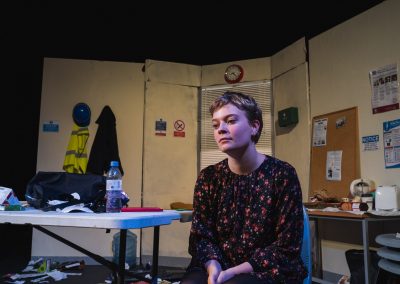 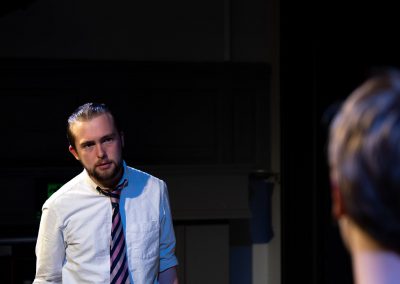