Review: All Together Now! 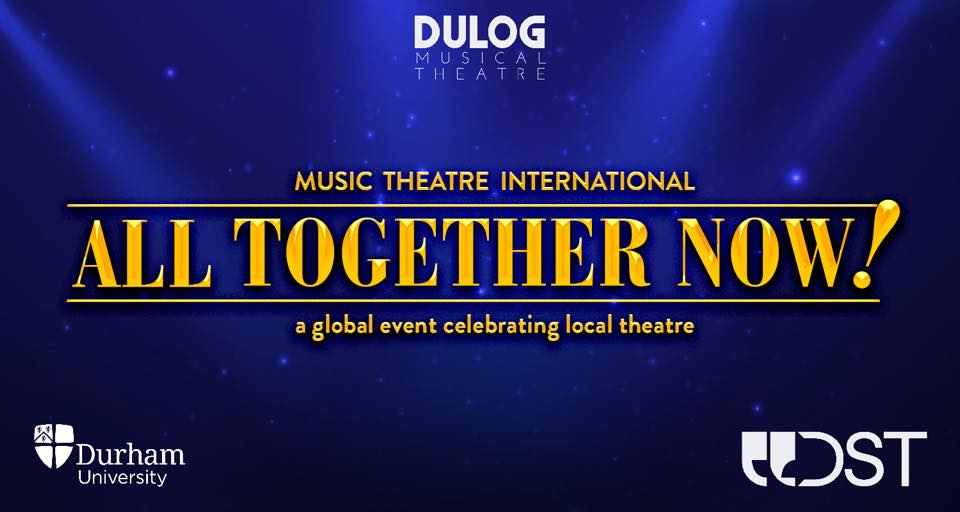 “This showcase brought musical theatre back with a bang!”

DULOG’s presentation of ‘All Together Now’ did nothing but justice for this global event celebrating local theatre. This performance was a dazzling showcase of a range of musical theatre numbers; from ‘Mamma Mia’ to ‘Little Shop of Horrors’. The production team selected a wonderful variety which illuminated the diverse talent of the cast.

Moreover, the ensemble was spectacularly flexible in working effortlessly alongside the soloists. And, notably the celebration of bringing musical theatre back into university life heightened the feel-good atmosphere that this show reared.

The powerful performance of ‘Be Our Guest’ immediately left the audience in awe, as both Ben Osland and Jolie Rooks’ powerful voices took to the stage. The Director, Alexandra Hart, worked wonders in producing engaging and energetic choreography which the ensemble embraced enthusiastically. The overall design choice of pairing a red and black costume worked well in creating a strong canvas for additional props which instantly allowed specific characters to be easily identified.

There was spectacular chemistry from the three actresses in ‘Matchmaker’, who worked well together to present an engaging performance. Phoebe Morris then proceeded to blow everyone away with her technically gifted voice in ‘Meadowlark’, in which she also incorporated incredible energy and passion.

The performance of ‘Gimme Gimme’ effectively utilised background dancing with a high energy display of talent. Similarly, the three boys in ‘Life is so peculiar’ shared a lovely sense of familiarity, which developed throughout the song. Although I would have loved for the audio in the mic to be consistent throughout, the boys managed to continue passionately despite the technical hiccup.

This being said, the lighting choices in Ben Osland’s number from Les Misérables brilliantly enhanced the drama of his performance. I must say that this number was a favourite of mine on the night. Ben’s dedication to delivering an extremely emotional and intense performance left the audience in complete awe, his vocal range and technique remaining impressive throughout.

The smooth performance of ‘The Human Heart’ perfectly captured the essence of the loved number, with the simple but effective choreography amplifying the sentiment of the number. Next, Miriam Templeman blew the audience away with her depiction of ‘Somewhere that’s Green’ – her voice was technically unmatched and her characterization stole the show. Notably, both the costume and lighting choices augmented her impressive adoption of character, which left me in amazement.

The group number, ‘Seize the Day’, was confidently led by Sebastian Berkeley, whose movement and engagement with character was extremely impressive. The ensemble’s choreography was slick and imaginative, effectively working to strengthen Sebastian’s performance.

After a brief interval, the singers in ‘When I Grow Up’ immediately returned the strong emotional energy to the room. Furthermore, the slick entrances of the actors used the stage effectively to cultivate a cohesive and convincing performance. This was followed by a number from ‘Mamma Mia’, in which Beth Bradbury and Stephen McLoughlin’s engagement with their characters heightened the number’s comedic value. Although I would have liked to see a little bit more engagement from Stephen with the words he was singing, his vocal range and physicality remained impressive throughout.

The powerful voices displayed in ‘Astonishing’ effectively entranced the audience with technical prowess; the final note leaving the audience in wonder. This spectacularly dramatic piece was followed by an absolutely brilliant number from ‘Mary Poppins’. Once more, Miriam worked wonders in her characterization, her performance strongly aided by Sebastian. The ensemble’s carefully crafted choreography was defined and sharp, the use of proxemics creating a visual wonder throughout this magnificent performance.

Both ‘Beautiful City’ and ‘Seasons of love’ ended the showcase on a powerful note, leaving the audience wanting more. The applause later revealed the success of the production and tech team’s magnificent job in helping deliver a spectacular performance.

Overall this showcase brought musical theatre back with a bang!

All Together Now is playing at Caedmon Hall, Hild Bede, from 12th to 14th November