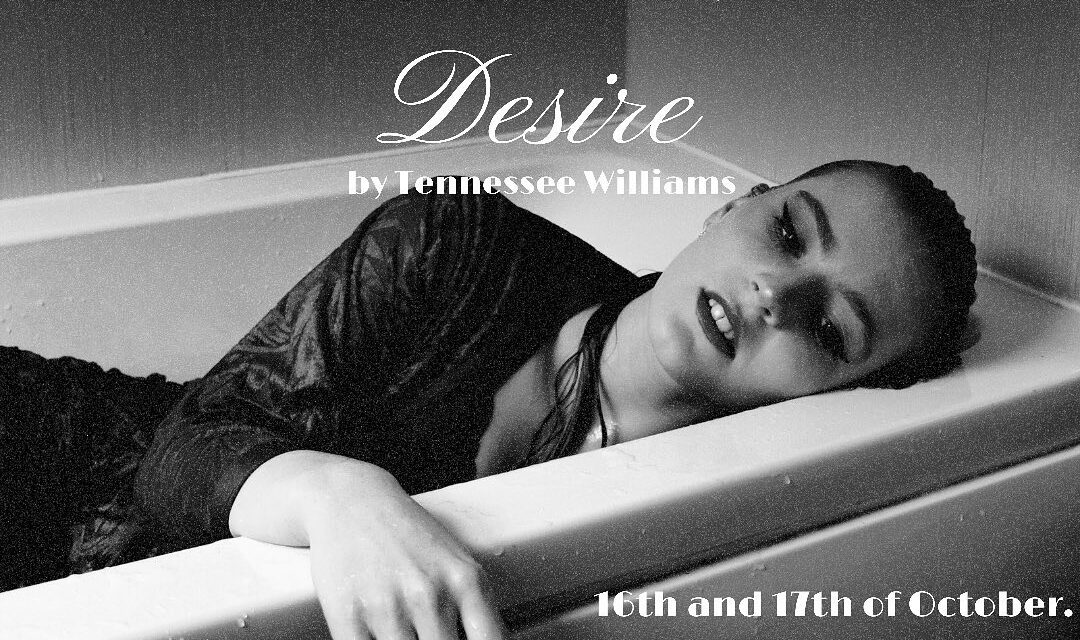 Blizzard Theatre Company’s production of ‘A Streetcar Named Desire’ provides a superbly electric return to live theatre. Williams’ stark staging demands a lot of his actors with its scarcity and blank spaces. Fortunately, however, this cast more than exceeds this task. Every actor seemed to have discovered the very heart of their respective characters and brought this to the stage in brilliant touches that allowed them to stamp their own mark on these classic figures. You can feel the actors pour their hearts and souls into these roles with incredible attention to detail. They seem to embrace the physicality and subtle touches of their characters in a way that is pure magic to witness.

Jodie Sale becomes that tragically fading star of Blanche Dubois with a constant sense of teetering over the edge. I loved how, at the beginning when Stella walks in, you could see the light spark in Sale’s eyes. Her physical choices were excellent as well, with her jittery actions slowly increasing in number and starting to take over her whole body as the play drew closer and closer to the end. Similarly, Kit Redding’s Stanley Kowalski showcases his physicality and mindset through subtle gestures, as well as those bursts of violence. Though some moments are played for comedy. Redding never allows you to forget how close to menace and violence Stanley always is.

Giorgia Laird’s Stella is one of the play’s most complex characters, who plays with audience expectations and adoration. The way Laird and Redding acted the silent ‘scene of forgiveness’ was astonishing. This adaptation understands the power of silence and how much it emphasises the stellar work being performed by the actors. I found myself being drawn to Laird’s subtle touches in other scenes and appreciated the way she always ran to Stanley or clutched her stomach, emphasising her desire for the way of life he represents.

Ben Johanson’s bumbling Mitch was a joy to behold, with shades of betrayal and belief complicating his character. In the final scene, this is on full display and well worth paying attention to. Dominic Livesey and Miriam Templeman excelled in their roles as Steve and Eunice Hubbell, mirroring the inner conflict of the Kowalski residence. They encapsulate the banality of violence and abuse in this play, as well as providing some light relief. Essentially, the entire cast seemed to embody their characters excellently and in a way that allowed for the audience to connect with them through their nuances.

The technical department must also be commended for their creation of atmosphere and tension. Right from the start, the audience hummed as the music transported you away to the buzzing heart of New Orleans. Taylor Doherty-Walls’ soundscape perfectly matched the action. Indeed, the staging perfectly utilised the discord and contrast created by the inclusion of music within certain moments of the play. They allowed the audience to experience the inner workings of Blanche’s mind alongside her, encouraging this thread of complicity and intimacy that characterises the play. Similarly, the lighting by Kiko Keighery added those subtle touches and highlights to mirror the action. I particularly loved the moment of Blanche’s speech to Mitch about her poor, doomed lover. Enough soft light is allowed that the audience can see Mitch gaze forlornly at his lighter and its own associated tragedy. All this makes the ending feel that much more emotionally devastating, precisely because you’ve been allowed to feel that vulnerability and nuance throughout.

Saniya Saraf’s directorial choices were just exquisite. The way the play was edited and reshaped for this performance highlighted this understanding in a way that felt refreshingly new, while also paying homage to its predecessors. The production also had an incredibly immersive and electric feel. There seemed to be noise and action everywhere you turned, with characters popping up all around you. I loved the way actors used the space just in front of the stage, giving it that intimate feel as they became more vulnerable. In fact, this exposure made you feel almost complicit in the action as a viewer. This interpretation is fascinating and complicates the role of the viewer in a way that is hard to disentangle from the passive bystanders onstage witnessing violence and abuse.

In conclusion, Blizzard Theatre has kicked off its theatrical year with an immensely strong production – each and every element came together to form a spectacular night of entertainment.