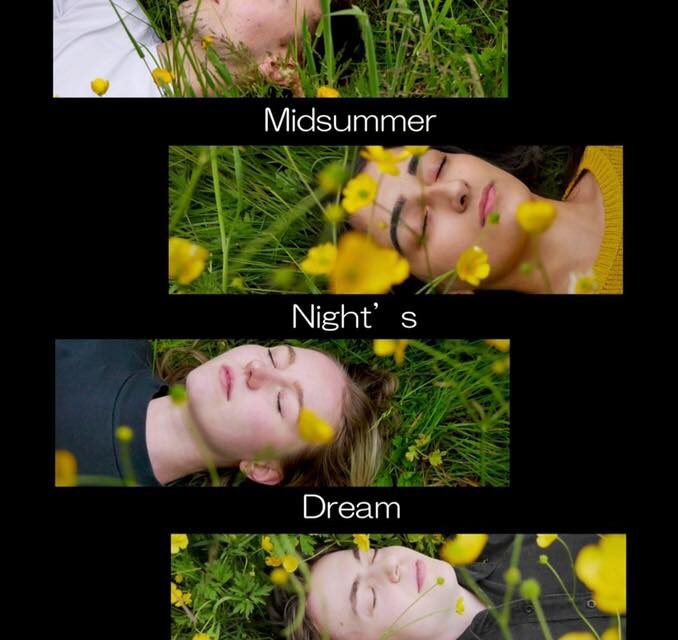 Directors Lali Rhydderch and Harrison Newsham brought the magic and mischief of ‘A Midsummer’s Night’s Dream’ to life in the open air in Van Mildert Tees Lawn. A talented cast used the beautiful setting of the trees and ribbons to lead the audience through the mystery of the woods and the influence of the fairy kingdom.  The different storylines were executed very well by all actors involved, each element standing out in its own way. Charlie Culley shone as fairy queen Titania, gracing the space with regality and power. Her vocal range in particular made her stand out, capturing my attention throughout even her much longer speeches. Through her and the brilliant Akriti Purohit as Oberon, the inherent deceit and haze of the fairy world suffused the setting and gave the performance an impressive atmosphere.

Ben Cawood danced and pranced through the trees with his excellently playful Puck, enhancing the performance of the fairy monarchs and really capturing the essence of the play. I loved how Purohit and Culley removed their fairy crowns to become Theseus and Hippolyta, seeming to blend the fantastical with everyday life. The sections with the mechanicals were absolutely fantastic, Charlotte Small immediately stealing the show whenever she came onstage. Small is masterful in her delivery of Shakespeare, having the audience howling throughout. She communicated the language just like modern English, never failing to keep the audience on board with what was going on; her facial expressions, vocal skills and varied physicality went unmatched, commanding the space with such assuredness that one could not look away. Supported by a brilliant ensemble of other mechanicals, these sections really kept the play alive. I was very impressed by Penny Cairney-Leeming as Flute, her execution of Thisbe had me in fits, her awkwardness and vocal skills really complimenting Small’s Pyramus.

The only weakness of the show would unfortunately have to be some of the parts with the lovers. The chemistry between Bhav Amar and Seb Sanchez as Hermia and Lysander needed improvement, as it wasn’t clear why they would risk their lives to be together. As the lovers’ scenes aren’t as innately comedic through the text, some parts sadly fell into a somber tone. However, Raphael Kris as Demetrius gave the role such a unique and hilarious flair which I have never seen given to the part before. His guffaws, wide eyes and boyish, cheeky physicality really brought the scenes to life and drew out the most from the text he was given. The dynamic between Kris and Lola Stakenburg as Helena was very impressive. They weren’t afraid to get up close and this made their performance not only hilarious but so convincing. Stakenburg’s beautiful rhythm in her speech countered with Kris’ flabbergasted cries made their scenes excellent. All the lovers came alive in their big confrontation in the second half, I only wish this energy and dynamism could have been included in the other scenes.

Overall, the cast gave this beautiful play a satisfying, heartwarming performance which was an absolute pleasure to watch, bringing some much needed fantasy and comedic relief to the audience.