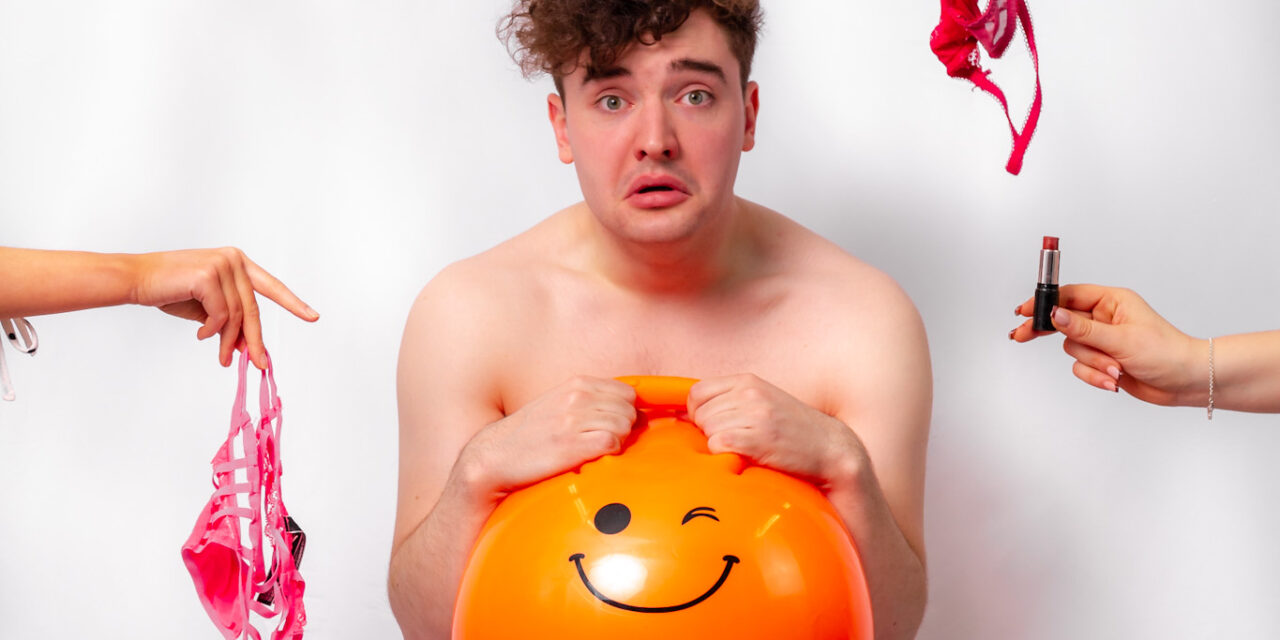 This Fringe preview presented by Woodplayers Troupe is both thought-provoking and comedic, chaotic and charismatic. Using collaborative comedic theatre to workshop and rehearse this engrossing take on ‘1972: The Future of Sex’ certainly worked to the cast’s advantage. Executive Director Alex Bittar has clearly guided the process to success, giving us a performance full of creative ensemble work and a thrilling mix of comedy and physicality in which you can see the contribution of each member of the cast and crew.

From start to finish, the audience simultaneously sympathise and cringe as the several storylines unfold, drawing upon the universal experiences of sexual freedom so well written by ‘The Wardrobe Ensemble’ in the first instance. However, credit must also be given to this incredible cast. From the moment all 7 actors stepped on stage, and rarely stepped off, the audience were captivated by the volatile relationships in front of them as we were transported into the complexities of each narrative. Maddie Clark set the tone from the beginning with a powerful monologue inviting both the cast and audience to free themselves up to their sexual desires. Throughout the 50-minute performance Maddie brought energy, excitement and amusement to the role of Anna, acknowledging the difficulty of exploring one’s sexuality in the early 70s.

The chemistry of the troupe was clear to everyone watching, as each cast member interacted through narration and stream of consciousness depicting each character’s inner-most thoughts. Much fun was had amongst the cast as they playfully interacted between narrator and actor, with multi-rolling playing a key part in illustrating the various storylines. This was done cleverly, particularly aided by the use of costuming that brought each character to life. The strengths of this ensemble work were particularly highlighted as Anna and Tessa meet in the record shop, the whole cast were involved in relaying the thoughts and feelings of the couple as they navigate the highs and lows of love and sex. This was continued throughout the play, the comedic nature of the creative sex scene depicted through swimming, all the way through to the well-executed lift.

The tech team worked creatively with sound, particularly the use of microphones at each corner of the stage to illuminate the thought processes highlighted through narration. The lively music reinforced the 70s setting and brought even more energy to the stage that complimented the cast well, however, at points, quieter moments felt slightly bare. Despite this, the use of innovative lighting, complimented well by the incredible facilities at the Mark Hillary Arts Centre, made the performance even more captivating and enjoyable. Alex Hamilton and Martin Ramalingum certainly elevated an already engaging evening.

The comedic relationship between Christine and Rich, portrayed by Maddie Thompson and Alex Bittar, brought a relatable lightness to the performance. I was particularly impressed by Alex’s vocal performances; his singing astounded the audience as he gave a dazzling characterization of the young rockstar type so madly in love with Christine. The more scandalous relationship between Penny (Juliette Willis) and Martin (Marcus Tapper) caused conflicting emotions as it felt both so right and so wrong as an onlooker. Juliette played the adoring student with a captivating playfulness that left us wanting to encourage her yet protect her all at once. She balanced the naivety and the adventurousness of Penny well and this was encapsulated during her monologue in which she was well-spoken and empowered as we saw the calm after the storm.

Finally, the performance from Dylan Hicks as Anton should not go unmentioned. The thrust staging brought us into his bedroom as we felt so clearly his gender euphoria as he dressed himself in a floral skirt and sparkly top. This was captured throughout, finishing with the powerful final monologue from Dylan in which the audience were hanging on to his every word to hear the fate of Anton. As we finally hear that ‘Anton opened his door’, cathartic relief was felt for this character who in only 50 minutes we had come to sympathise with.

‘1972: The Future of Sex’ was a pleasure to watch – whilst an enjoyable and fun comedy, this performance was simultaneously thought-provoking and powerful. The use of both high and low energy scenes took the audience through a roller-coaster of emotions which they couldn’t bear to end. A great watch for all, I am incredibly excited for this cast to be able to showcase their talent at the Edinburgh Fringe in their debut performance as a troupe.

1972: The Future of Sex is playing at The Space on North Bridge, Edinburgh, from August 5th to August 13th