DDF Review: The Republic of Eric 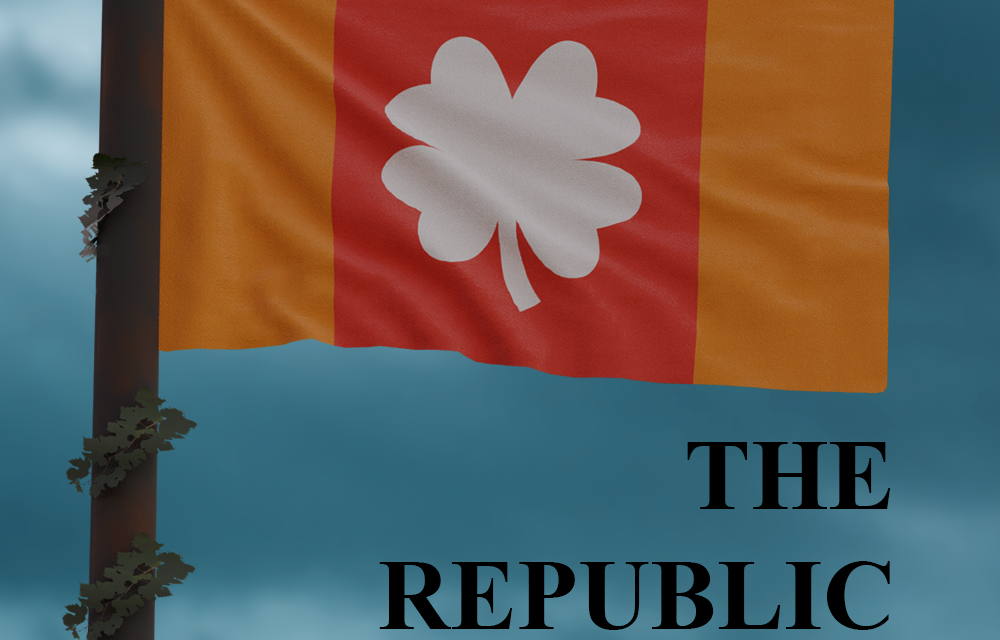 Jaime-lee Burke enjoys the fantasticality and outstanding performances of Ryan King’s ‘The Republic of Eric’, despite areas of improvements within its technical aspects and smoothness of storyline.

Exploring themes of power, family and politics, The Republic of Eric tells an absurd tale of the death of a ‘monarch’ and the bickering that ensues from his children deciding how to allocate his resources. I thoroughly enjoyed this short – but certainly not sweet – audio drama written and directed by Ryan King.

There was a strong sense of character – with each cast member having their own clear and opposing motivations, which made for brilliant conflicts. Yet this tension was interspersed with a few comedic beats which helped to vary the tone. The exposition was carried out well in that information was revealed to the audience at all the right points. However, the opening scene felt unnecessary as it did not add enough to the plot or characterisation. All scenes took place inside the house save from the opening scene, making the beginning feel somewhat disjointed.

Considering the opening scene covers the burial of the main character’s father, I would have expected the story to have delved a bit deeper into grief. The characters may be shallow and selfish, but they are still human, and this missing element reduced some of their believability. That said, given the almost fantastical plot, the believability was handled surprisingly well, owing to detailed world-building.

I was constantly entertained by the fast pacing. However, I felt that the story came to an abrupt stop: the ending seemed rushed, the character development a little forced and the resolution came too soon. I would have liked to have seen the story continued and given an ending with more of an impact.

Accounting for the pandemic, I think it is forgivable that the sound quality was often variable at times – I regularly found myself having to adjust the volume on my headphones. This was quite jarring to begin with, but after a while, I was too engrossed in the story to notice it. The sound effects (attributed to writer-director Ryan King) were not bad, especially considering this play was adapted into an audio drama due to lockdown. Nevertheless, a few more sound effects could have made the experience more entertaining and realistic.

Some of the transitions could have been improved. While some, such as the boiling kettle, made diegetic sense, others felt unmotivated and did not fit with the tone. Another transition that worked well was music, but sadly this was only used once and I wish it had been employed more frequently.

Each character was performed with a powerful and consistent sense of identity. Liam (played by Cameron Ashplant) was a marvellously snarky wannabe-king and Erica (Aimee Dickinson) was a worthy adversary. Naomi Cook was fantastic as Willa; however, there were moments that left me confused. Her character stormed off from the conversation on two occasions and yet there was not much of an angry build-up to explain that behaviour. The tension between the characters could have been amplified. Nevertheless, it is impressive that the actors were able to give such outstanding performances while recording by themselves, where it would not have been possible to feed off their chemistry.

Despite some areas of possible improvement, I really enjoyed listening to this production, and you can certainly tell a lot of hard work has gone into it. I commend everyone who worked on this project and look forward to anything else they create. If you can spare forty minutes (of course you can, we’re in lockdown), I would certainly recommend giving The Republic of Eric a listen.

The Republic of Eric is available to listen from the Durham Student Theatre Youtube channel.

More details of The Republic of Eric and DDF plays to come can be found on the Durham Drama Festival section of this website, this First Night news article and the DDF Facebook page. You can also read more about the motivations, writing and research behind the audio drama in Ryan King’s writer’s note.