Review: Off The Stage 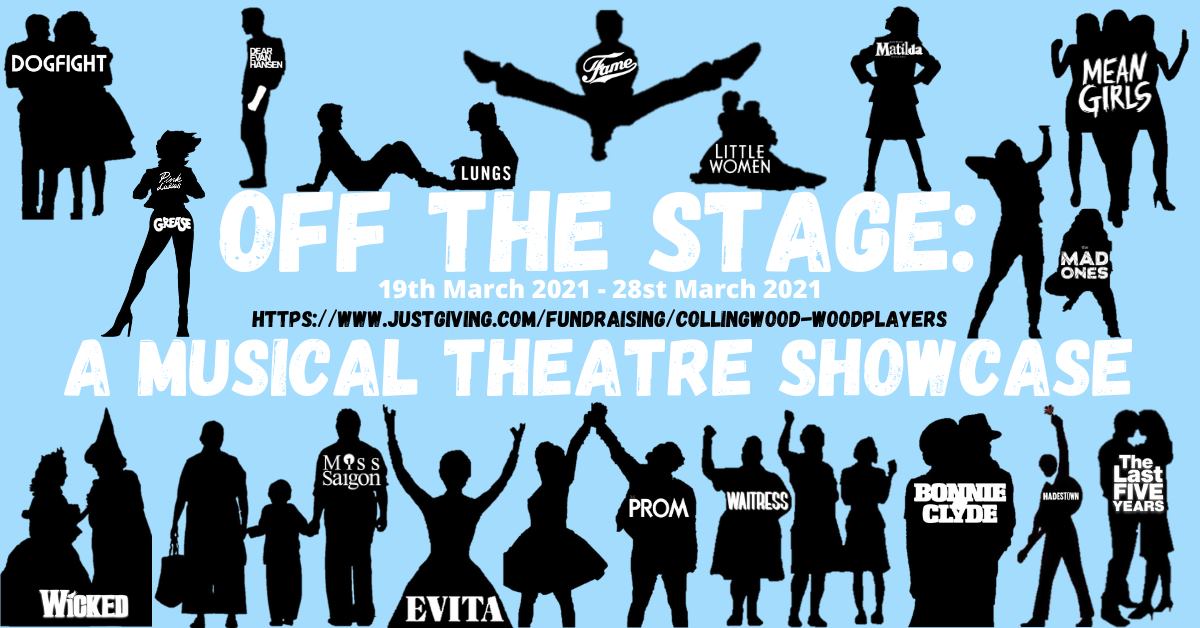 Jaime-Lee Burke is delighted and impressed by Collingwood College Woodplayers’ showcase ‘Off the Stage’, with a bundle of fantastic performances and beloved musical theatre hits.

Stretching the limits of what’s possible to produce during lockdown, Collingwood Woodplayers bring to you ‘Off the Stage’: a musical showcase with such a wide variety of songs and theatre extracts that there’s sure to be something for you. I thoroughly enjoyed this showcase directed by Lillie Rodger and Bex Gray.

Throughout the show, unexpected quirks were thrown my way. For instance, beautiful, animated drawings segmented some of the songs, helping to express the mood of the story through another dimension. As well as this, I loved what the cast was able to pull together in the way of costumes. The outfits aided the transition from one video to the next as it was easy to interpret what sort of character the next actor(s) would be playing. Most of all, I was kept on my toes by the editing of Tamsin Matthewman. From the background slowly shifting colours in ‘Dance with You’ to the vanishing character in ‘Freedom’, the editing constantly took unexpected turns. Thanks to the immaculate editing, each video ran seamlessly into the next, taking the audience through every range of emotion you can imagine and proving just how versatile Collingwood Woodplayers are.

‘Lungs’ – the first theatre extract of the production – was performed so brilliantly that it was painful for me to watch. I felt like I was eavesdropping as I watched two ex-lovers talk over Zoom. Jemima Abate and Dylan Hicks both played adorably awkward characters, and I was sad to see the extract come to an end. Contrasting in tone, Alexander Bittar and Maddie Clark radiated fiery anger in their performance of ‘Two’. With a rhythmic ebb and flow, their acting kept me on the edge of my seat and desperate for more.

Not a single one of the solo songs failed to give me goosebumps. Emily Bates gave an incredibly charismatic rendition of ‘Don’t Cry for Me Argentina’, Bella Attenburrow sung ‘Out Here on My Own’ to absolute perfection and Katie Robbins was a literal siren in ‘Still Hurting’. I only wish this could have been performed to a live audience so the actors would have been able to hear their round of applause.

I hate to say that one of my least favourite aspects of the show was the opening song. However, I am sure that, as with most things lately, Covid is to blame. It is a very tall order for such a large cast of singers to be able to harmonise with one another and feed off collective enthusiasm without being in each other’s presence. As a result of this, I felt that the duets, trios and group performances – where the actors could not be together in person – were the weakest performances.

The awkwardness abated for the solo performances or when the actors could be together due to being in the same household/support bubble. The chemistry shared between these actors provided some of my favourite moments, showing that my main criticisms from this showcase stem from the downfalls of the pandemic. That said, Covid forced the production team to get creative, such as with the editing, which gave this show an exciting spark that would not have been achievable on the stage.

As it holds a special place in my heart, I feared I would be critical of ‘You Will Be Found’ – the show’s closing number. However, I found myself blown away by everyone’s sincere performance, and I was astounded by the editing. I implore you to watch this performance to see what I mean; I promise you will not be disappointed. Watching this enigmatic showcase was the perfect way to spend my evening. It is evident a lot of love and effort went into putting this production together, and it really paid off. Amazing work!

The production is free to watch on YouTube here.